How to Afford an Apartment in College: Tips to Save on College Housing 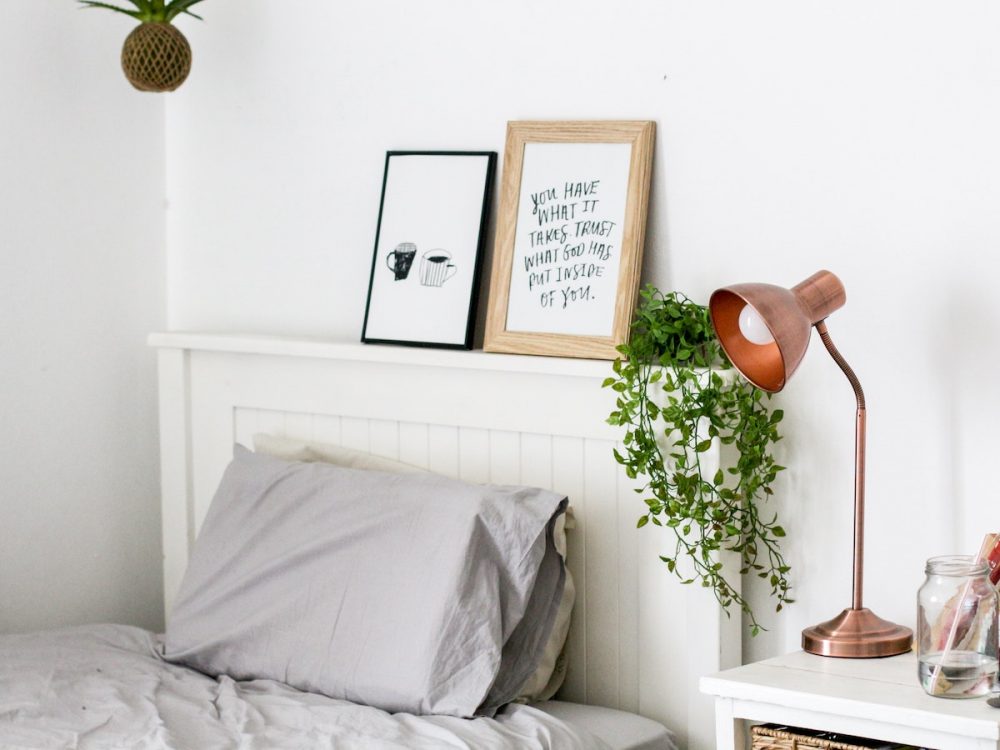 The point? Regardless of where you go to college, you’re going to be paying an arm and a leg. As such, you need to try to cut corners everywhere you can.

One place where you might be able to reduce costs is in housing. Wondering how to afford an apartment in college? This article has you covered: 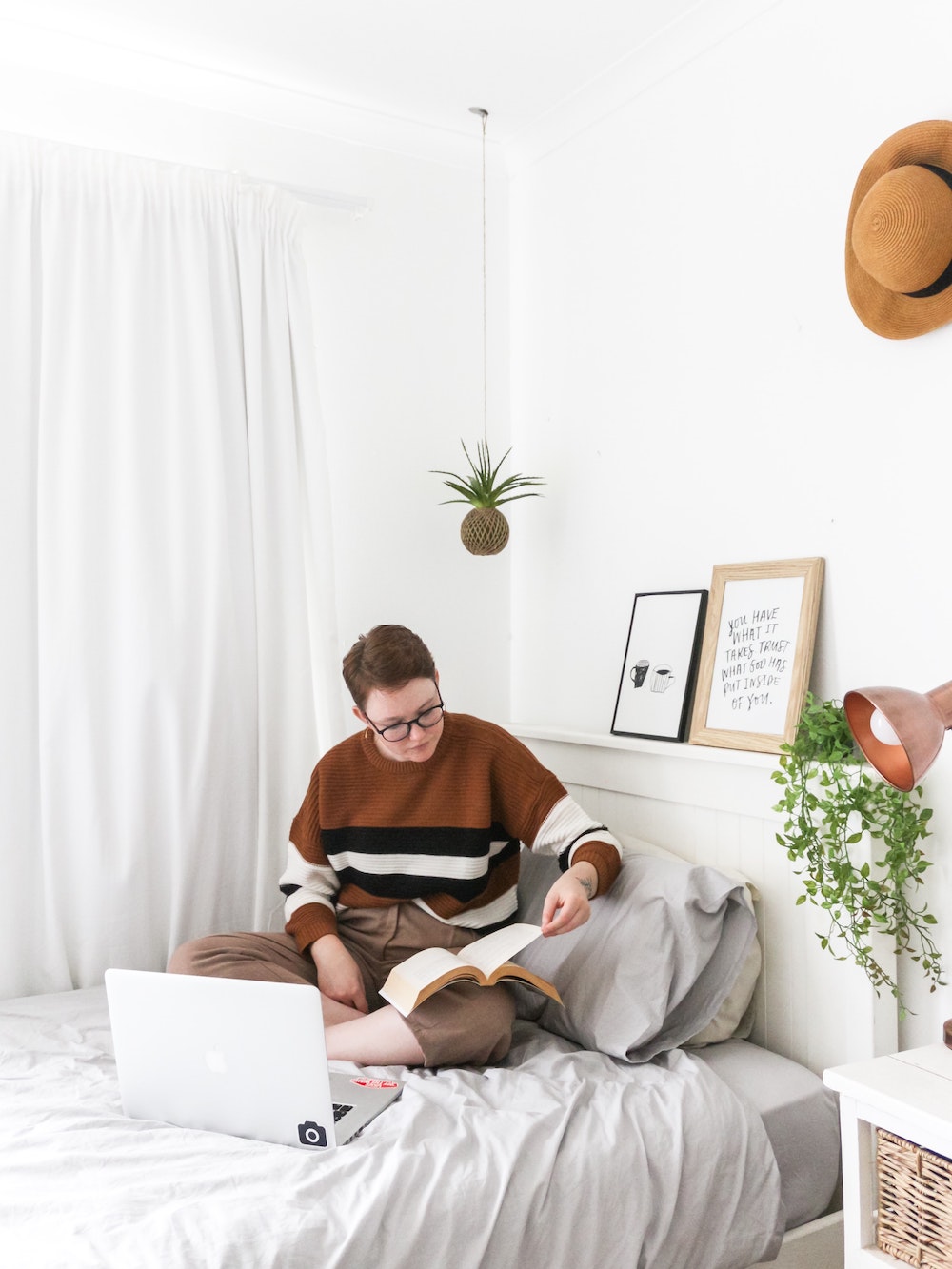 The easiest way to save money on college housing is to get roommates. Why is this? Because the more rooms an apartment has, the less money each room in the apartment costs.

For example, in Columbus, Ohio, you could find a studio apartment in close proximity to Ohio State University for as low as $750 a month. By living in this studio apartment on your own, you would be subjecting yourself to $750 monthly rent payments.

In that same area, you could find a 5-bedroom apartment for as low as $2,200. $2,200 apartment divided by 5 roommates comes out to only $440 a month per person. This is a savings of over $300 a month. And that doesn’t even take utility cost savings into account.

So, if saving money is the goal, there’s really no argument for living on your own. Living with roommates will be much easier on your bank account. Not to mention, it will provide you with built-in friends.

Live in a Less-Than-Ideal Part of Town

Generally speaking, the housing that’s in close proximity to the university is going to be expensive. This is due to the demand being so high.

But do you know which housing might not be so expensive? The housing that’s located in less-than-ideal parts of town. No, we’re not talking about dangerous areas; just areas with fewer amenities.

You could rent an apartment in one of these parts of town and commute to college on school days. You would be missing out on some of the fun of being around campus. However, you would also be saving fairly substantial amounts of money on a monthly basis.

If you don’t mind living on campus, you can save gobs of money on housing by becoming an RA or Resident Assistant. RAs are not only paid wages for the hours they work but are given free room and board as well. Think about how sweet that sounds: no rent payments at all!

Note, though, that becoming an RA can be difficult. Many students apply for RA positions, making them a lot more competitive than most on-campus jobs.

If you really want to be an RA, you have to be a model student. Maintain your grades, stay involved in activities on campus, and stay out of trouble off of it. Make note, however, that even model students are turned down for RA jobs on a regular basis.

While it’s not true of them all, many universities provide housing co-op opportunities. Housing co-ops are dwellings in which several residents work together to keep their surroundings maintained. They’re essentially formal roommates dwellings.

Be Smart With Your Utility Usage

College isn’t the best time to obsess over the state of the thermostat. Nonetheless, the thermostat setting can have a drastic effect on your monthly house-related expenses. For this reason, you need to be smart with your utility usage.

For instance, unless it’s blazing hot outside, consider using box fans in the windows instead of the AC. And when winter rolls around, try bundling up instead of instantly resorting to the furnace.

Unnecessary usage could drive your monthly payment up anywhere from $25 to $100 a month and maybe even more. This money is better spent elsewhere (or saved!).

Be Prepared to Accept Less Than the Best

It’s a fairly simple concept: nicer apartments cost more money. As such, if you really want to save money on housing, you need to be prepared to accept less than the best.

There are plenty of students who save money by living in semi-rundown houses. These houses aren’t unsafe. They’re just void of some of the upkeep and amenities found in upscale apartments.

No one’s going to judge you for living in a less-than-perfect apartment. In fact, many of your fellow students will be doing the same. So join the party and save money in the process.

When you take out university loans, they aren’t restricted to tuition and books. They can be used on housing as well. As such, many students use loans in order to lighten their financial loads . . . for the time being, of course.

The problem here, of course, is that the more money you take out in a loan, the more interest you’ll have to pay back over time. If you’re not careful, you could end up increasing your loan payback amount by tens of thousands of dollars

So, if you’re going to use loans to pay for housing, you’re advised to only use them as a supplement. Ideally, you’ll find employment and use your wages to pay for the majority of your housing. Of course, depending on the extent of your school workload, this could be easier said than done. 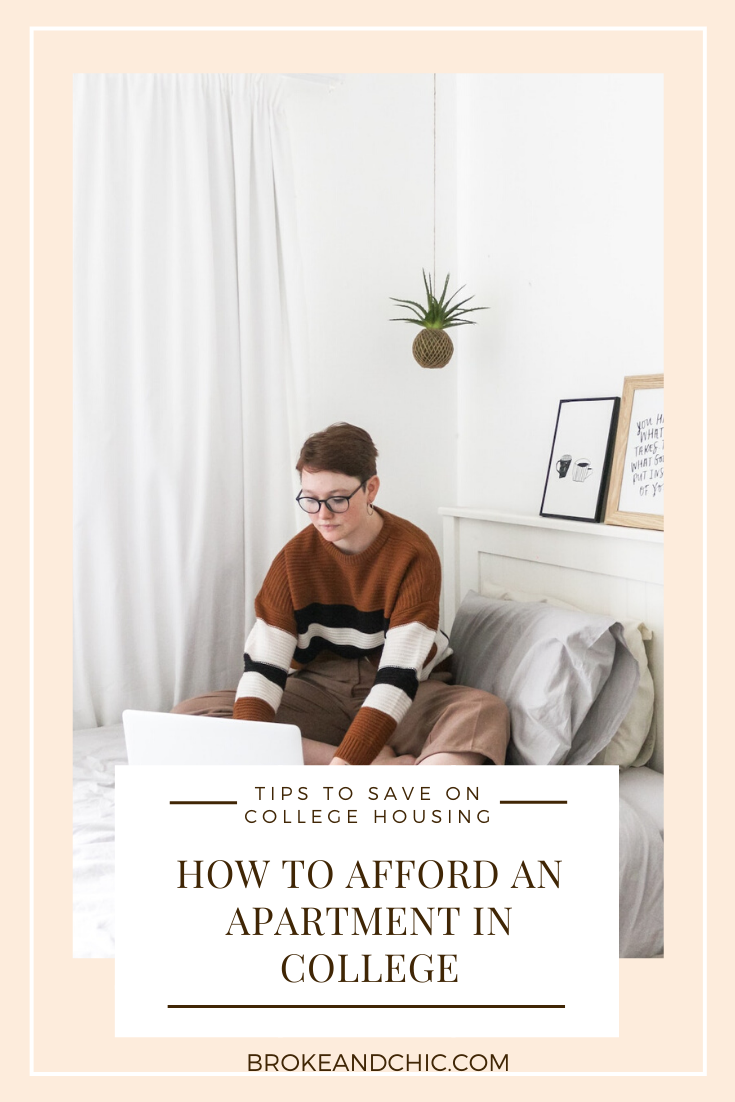 Now that you know how to afford an apartment in college, you might be searching for other college-related tips. If so, you’re in the right place. Our website has all the info you need!