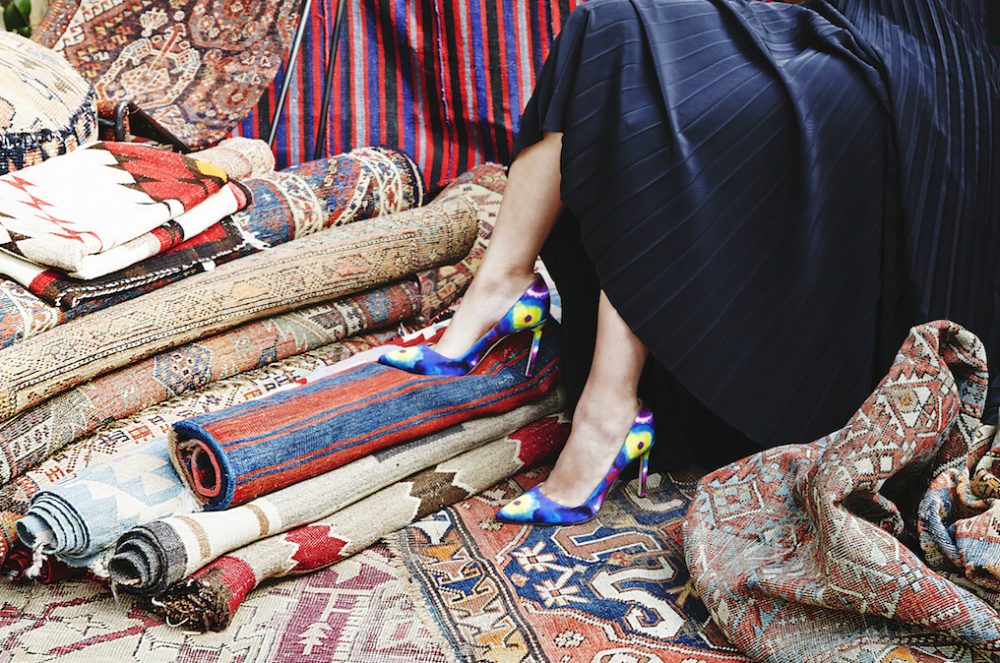 To say that Manolo Blahnik is a trendsetter wouldn’t be giving him enough credit. He’s in the international best-dressed hall of fame, is appointed as an honorary Commander of the Order of the British Empire, and constantly sells out his shoe collections in less than a month.

Such a large fashion icon had to start somewhere, and that somewhere was from humble beginnings:

Blahnik grew up in Santa Cruz de la Palma, in the Canary Islands. He went to a Swiss boarding school and started his education as a diplomat, but later changed to Literature and Architecture. After getting his degree, he moved to Paris to study art at the École des Beaux-Arts and Stage Set Design at the Louvre Art School. During that time, he worked at a vintage clothing.

While working at L’Uomo Vogue, the Italian men’s version of Vogue, Blahnik met the editor-in-chief of U.S. Vogue, Diana Vreeland. She saw his shoe designs and told him, “Young man, make things, make accessories, make shoes.” The rest is history.

Manolo Blahnik’s shoe collection made its debut in 1971 for Ossie Clark’s runway show. With a loan of £2,000, he bought the Zapata Shoe Company and opened his first boutique. He became the second man ever to be featured on the cover of U.K. Vogue in 1974.

He opened his first boutique in the US in 1979, stocking it with his new collection, and the first collection he made in 1977. His Old Church Street store in London continues to be his flagship store, but he has boutiques located in multiple cities and countries, including Hong Kong, Tokyo, Japan, and Dubai.

Inspiration For His Shoes

Blahnik’s mother is his biggest source of inspiration for his shows, but he also got his eye for fashion by studying French magazines. His family traveled to Paris and Madrid often to order clothes, so he was familiar with the unique Parisian style.

Since Blahnik’s mother was dissatisfied with the local shoes, she would make her own and he would watch. He had found his mother’s shoe stash when he was older, and it was filled with old Russian shoes made from silk and antique lace.

His aunt also had a huge impression on him while he was at university. Her appreciation for style and elegance inspired him to start drawing shows. Although he never had any formal shoe making the experience, he learned from watching operators.

Blahnik dislikes wedges, and prefers the sleep stiletto heel due to the “power of heels and the sex appeal they convey.” He designs all the shows and crafts them by hand himself. When overproduction hits, he makes sure every design is intact.

Over 25,000 shoes are arranged by date in his two adjoining houses in Bath; every shoe he’s ever created.

Who is your favorite fashion designer? Let us know in the comments below!