Review: SmileDirectClub, An Affordable Way to Get Straight Teeth 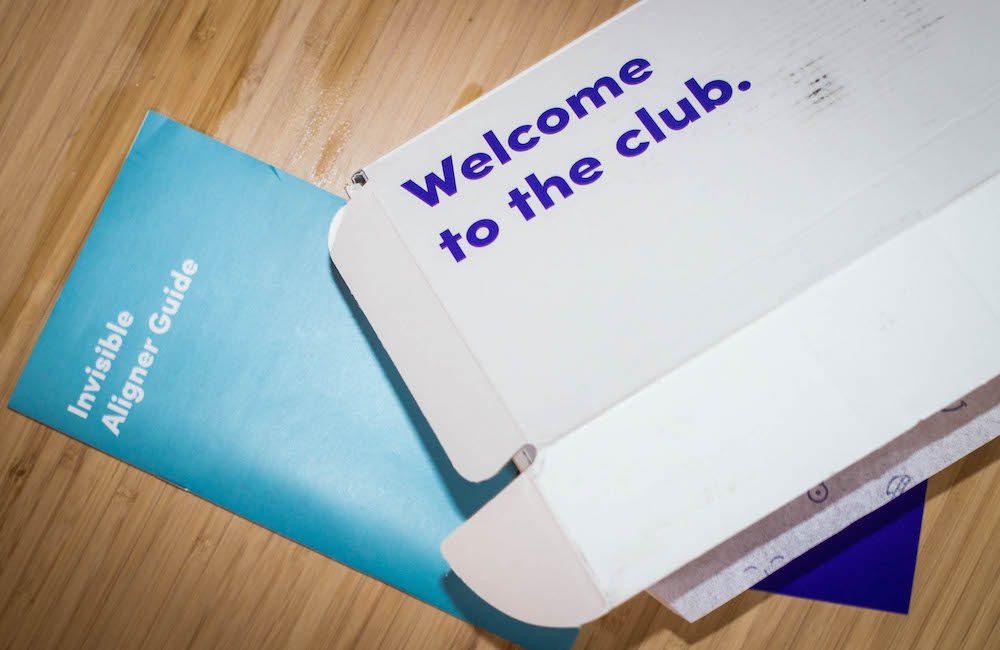 My parents couldn’t afford braces when everyone was getting them way back when, so I always knew I would get braces or Invisalign at some point using my own money. Unfortunately, I have spent most of my twenties disliking my smile, so I finally started looking into my options in 2016 to fix my crooked spacing and overbite.

My first orthodontic consultation was last winter and I was told it would take over two years to get a “movie star” smile. I would need to wear Invisalign on the top, and traditional braces on the bottom. Price quote? $7,000. No. Thank. You. While I really liked the orthodontist and the vibe of the fancy office, the price was just too much. So I went for a second opinion. This orthodontist told me it would take over a year, a tooth would need to be removed, and that it would be $7,500 — $500 more dollars than the first place with the hi-tech office. Also a no.

I did go for a third opinion (my dentist), but her pricing was still too high ($6,500). So in comes SmileDirectClub. My first introduction to Smile DirectClub happened after I saw their subway ads; so I booked an appointment at their West Village Smile Shop for a consultation. I qualified, and the price? $1,700. Way more doable!

Below is my review from my 3D scan at their West Village Smile Shop to my first few months with the aligners:

I went to their West Village SmileShop back in December (2016). Everyone was extremely friendly and they even had a charging station for mobile phones. The woman who did my 3D scan was kind, but she was a bit too aggressive when it came to getting my card info so they could send me the aligners once they were ready. But here is the thing: Smile Direct Club can’t fix all orthodontic issues, so they need to approve you first. So why would I let you swipe my card for a ton of money if I don’t even know if I qualify?

I politely turned her down and told her I would wait until I got the results back. She didn’t like that response, but she let it go.

I received an email at the end of December (about three weeks after my appointment) with my proposed treatment plan. It said it would take four months. I like how the final results will look; it’s not the movie star smile that the 24-month (and $7000) Invisalign plan promised, but it still looks way better than my current smile. Due to the holiday’s and other financial restraints, I had to wait to purchase the aligners.

I got multiple emails, texts, calls, and voicemails to get me to order the aligners for months. It was extremely obnoxious, so I stopped answering the calls. I finally ordered my aligners the first week of May. After my order was placed, I was told it would take four weeks to receive my aligners. It took closer to five weeks to receive them.

The presentation of the package was excellent, and it arrived with two months worth. For month one, you wear the first set of aligners for one week, the second for one week, and then the third set for two weeks. I’m not sure if it’s like that for everyone, but that is what my plan says to do. 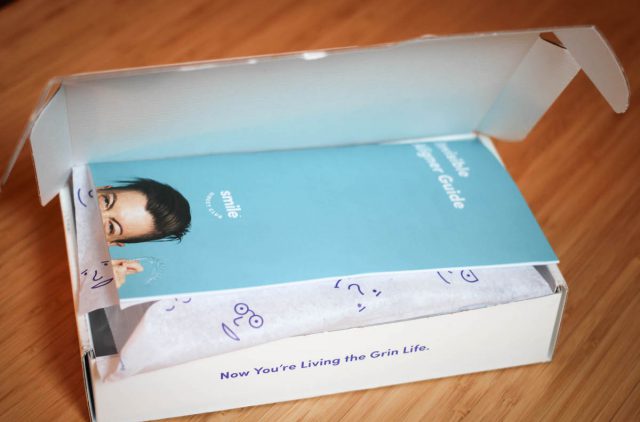 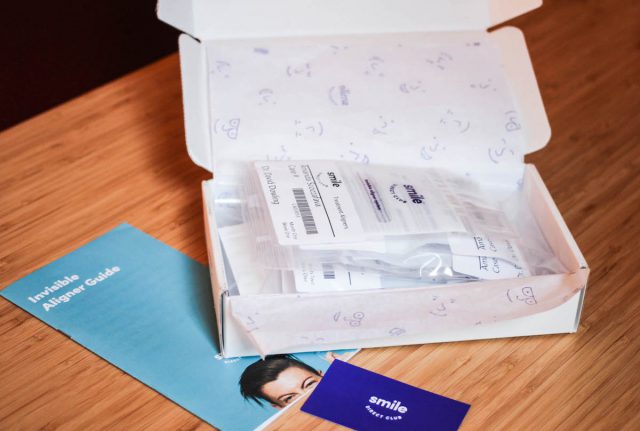 Week One of SmileDirectClub

I put them in on a Wednesday night (6/14/17) after brushing and flossing. They popped in and it just felt weird, although it didn’t hurt. I felt like I was making a kiss face. It took me awhile to fall asleep due to the strange sensation.

The first morning, I didn’t bring the emory board that was sent to me to work — BIG MISTAKE!  They give you the emory board to file down parts that irritate your gums. I have a job where I’m constantly on the phone or talking with potential hires, and once I started talking, I could feel the aligners cutting my tongue on the bottom right side.

By the end of the day, my tongue felt like I bit it; making it uncomfortable to eat and drink. I think if I filed down that area right away, I could have avoided that pain.

After the first few days, every time I took them off, my teeth felt kind of odd and sensitive. Chewing was especially uncomfortable, but my main issue was my painful tongue. I also had to pass on yummy food at a cookout; corn on the cob, steak,  baguette… all no’s.

At the end of the first week, I felt my speech was back to normal (I felt so silly the first few days). The main adjustment I had to make was brushing and flossing multiple times a day. I also found it painful to take the top aligners off, which wasn’t an issue the first few days. The bottom set also felt loose by the last day. According to the SmileDirect Club Welcome Packet, that’s normal.

I had the same exact issues as week one. The bottom right kept cutting up my tongue making it uncomfortable to eat. Thankfully the painful spot on my tongue didn’t last as long as week one. After the first day of the second set, my upper front teeth ached whenever I took them off, but that faded as the week went on. Like week one, the aligners became looser by the week’s end.

This is the two weeks where you’re supposed to be wearing the new set of aligners for two weeks instead of just one. I was prepared to file down the bottom right side to prevent cutting up my tongue again, but it didn’t irritate me there anymore; it was the top left on the side facing my check. Ouch! After I used the emory board, I was okay.

By the end of my first month, I was finally finding a groove. Filing down all the edges are key! The one they send is very flimsy, so I went to purchase a more heavy-duty emory board at CVS. I highly recommend you purchase a file meant for acrylic nails; they’re more heavy-duty and will help file the plastic quickly. Or just look for a file with a courser grain. 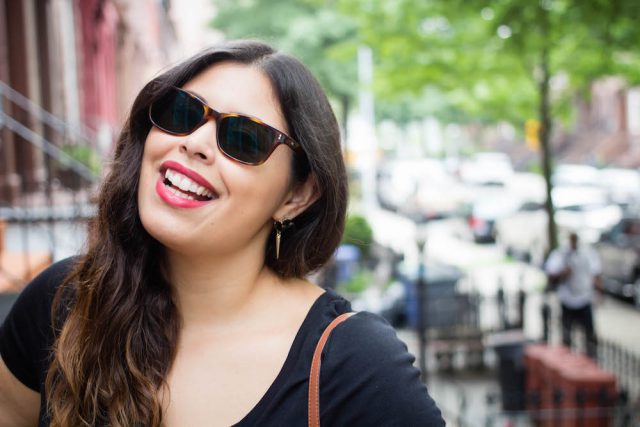 I will share more updates as I get further to the end of my journey. Hopefully my SmileDirectClub results will be amazing.