10 Things You Should Know About Hemp Fiber 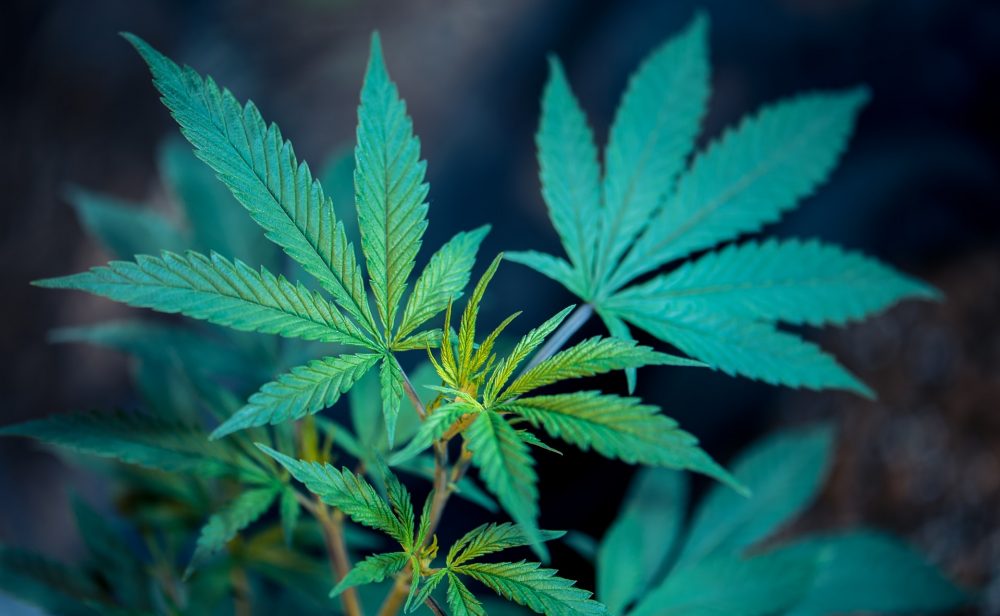 Did you know that George Washington farmed hemp on his property in Mount Vernon? He grew hemp and used hemp fiber to mend the big seine nets he used in his fishing business, along the Potomac River.

Hemp is the plant species of Sativa dominant strains of Cannabis that is primarily grown for industrial purposes. We use it to make a wide range of everyday items. It’s also one of the world’s fastest-growing plants.

Hemp has been used throughout history, as is shown when archeologists, in China found 2800 BCE evidence of the growing of hemp for fiber. In the Mediterranean, they cultivated it at the beginning of the Christian era. It then spread throughout Europe during the Middle Ages.

Industries use hemp to manufacture various items, including rope, textiles, paper, clothing, plastics, and many more.

Learn more below about the benefits, uses, and these ten things to know about hemp fiber today:

The Benefits of Hemp Fiber

In many respects, hemp is the new miracle fiber. Hemp is one of the strongest and environmentally friendly organic fibers.

Let’s look at some of its benefits:

Strength of the Fiber

Hemp is one of the most resilient fabrics worldwide. They can substitute metal and glass with hemp fibers as it is so strong. It also has unbelievable resilience.

This strong and long-lived plant has been widely utilized since ancient times.

This outdoor-rated fabric is most appropriate in a variety of weather conditions. Hemp cloth filters about 95 percent of UV sunlight, is strong and very stable. Our ancestors used hemp fiber for hundreds of years to make sails, ropes, tents, and tarps.

In addition to using 100% hemp fabrics, it is popular to blend hemp with other textile types.

Hemp fibers may be mixed with other fabrics to provide a more luxurious look and finish without compromising the strength. For an extra layer of comfort, the fabric industry combines ‘hemp and silk’ and ‘cotton and hemp’ fabrics.

The Hemp Plant is More Cost-Effective to Farm

As a result of its simple requirements, hemp is less costly to farm. Hemp can produce 5-10 tons of fiber pulp per acre of land every four months.

The History of Hemp

Our ancestors used hemp as food, fiber, medicine, and fuel for centuries.

As hemp is making a comeback, we study the history of its production and uses throughout the ages.

Again, our ancestors used hemp in pottery, medicinal herbs, rope, and paper as far back as 8000 BCE. Archeologists discovered items worldwide from China, India, Taiwan, Turkey, Greece, and France. There were even royals buried in garments made of hemp, too!

Religious and secular ceremonies have both used hemp for thousands of years. Even Abraham Lincoln, the United States president, used hemp seed oil to light his home’s lamps!

Because of the Marijuana Tax Act brought about in 1937, production slowed. Despite it, Henry Ford developed a car body with ten times the normal steel strength, constructed from hemp!

Regardless of these campaigns, laws prohibiting the use of hemp only became stricter. About 13 years since the last industrial hemp crop was cultivated in Wisconsin, the government reclassified it as a Schedule I substance by federal law.

Since 1998, the country started to import food-grade hemp seed and oil; it became apparent that hemp’s taboo was beginning to free up.

In 2004, the government put a bill in place to protect hemp foods and body care products. By the year 2012, the government awarded two farmers in North Dakota the first licenses in fifty years to cultivate hemp.

In 2018 when it was formally removed from the list of controlled substances, there are no limitations on hemp-derived products. However, as long as the manufacturing is within the guidelines of the FDA!

In What Manner is Hemp Processed?

Many commercial products use cellulose fiber derived from hemp. These products include:

Once cut, the crop should be left in the field for six weeks to enable the stalks to dry naturally in the field. Farmers will use even getting machines to shorten the stalks and make bales. They will use sheds and barns to store the bales. This harvesting yields between 2.6 to 4.3 tons of dry stalks per acre.

The farmer will then use a chain of rollers or hammermills to remove the bast material’s woody center. The bast fiber is then washed and sorted. The next steps involve mating for the development of mats and fleece.

Thereafter a method called pulping takes place for the manufacture of paper fibers. Finally, a steam explosion process through chemicals to remove natural binders produces a fiber suitable for weaving.

Unfortunately, hemp politics has intervened with the production of hemp-based textile materials and many other valuable hemp goods for more than 60 years.

The anti-propaganda launched against hemp at the beginning of the 20th century is in stark contradiction to scientific data. As mentioned above, a hemp plant commercially cultivated for fiber has no real benefit as a recreational substance.

As per the Hemp Industries Association, the gross domestic volume of retail hemp goods sold in the US in 2015 was $573 million. Manufacturers imported most of the source material used from other countries to produce such goods, but this is rapidly changing as the US steps towards federal control.

The importance of this flexible, easy to cultivate, and eco-friendly plant is becoming increasingly apparent. Farmers of hemp typically make more than ten times the value per acre in certain areas than grain farmers.

It is a fact that, from cleaning the air to replenishing the soil, hemp is beneficial for the environment and has multiple ecological benefits. Here are ten interesting things to learn about hemp:

1. The Hemp Plant Takes CO2 in and Produces Oxygen

Hemp is essentially a purifier by nature. The plants quickly absorb carbon dioxide from the air and produce oxygen thereby, making what we breathe much safer. In reality, for every ton of hemp grown, 1,63 tonnes of co2 is extracted from the air.

2. Hemp Replenishes the Nutrients in the Soil

Nutrients abound in the stem and the leaves of the hemp plant. When the plant grows, and the seed develops, the leaf matter falls to the earth. Once on the ground, it decomposes thereby, filling the soil with goodness ready for the next harvest.

Also, when harvesting has ended, The remains of the hemp plant can be recycled to the soil for an improved yield in the next year, resulting in another significant environmental advantage for the hemp plant.

The significant part of sustainable farming is the seasonal rotation of crops to hold soil nutrients in.

Since hemp is an annual crop that grows within only four months of being sown, it is the perfect choice for rotation and provides a tremendous environmental advantage for hemp.

4. Hemp Does Not Need Pesticides to Grow

Unlike so many other natural fibers such as cotton or linseed, hemp’s environmental advantage is that it does not take any pesticides or herbicides to cultivate.

Contact with these pollutants is seen to result in environmental concerns such as the pollution of water, which is often connected to health risks such as cancer.

Planting hemp crops throughout our world and reducing the number of contaminants and chemicals in our air and water is a potential solution for a healthy environment.

5. Hemp Prevents and Helps With Erosion

If you dig down deep into the roots of the hemp plant, you will find that they are strong and can reach nine feet underground.

It is a known fact, that soil health is a primary concern for farmers and the world’s population. Their livelihoods rely on well-controlled farming, which begins with the soil under our feet! So, the long root system, of hemp plants, helps reduce soil erosion by holding the soil together.

Hemp has a self-watering capability, which means that it takes very little water for the plant to develop.  Compared to other plants such as soy or almond, and other natural fiber, hemp is a plant whose water needs are optimal.

7. The Whole Hemp Plant is Usable

Did you know the hemp plant has over twenty-five thousand industrial uses?

Another amazing environmental advantage of hemp is that after harvesting, the seeds are used to grow food, the flowers are used for beauty goods, and the stalk is used for industrial fibers. Therefore, no waste is generated.

We have seen how hemp can clean the air and replenish the soil, but it can also minimize harmful toxins by extracting them.

The facility was famously used in the wake of the Chernobyl nuclear crisis to extract nuclear radiation from the surroundings. It was also considered for radiation removal from Fukushima.

Our penultimate fact for hemp revolves around the birds and the bees. The hemp plant reaches a height of three feet tall. That makes it an ideal haven for wildlife, such as insects, birds, and other small animals.

Technically, hemp seeds are a nut.  They have a pleasant, nutty taste and are very nutritious.

Where hemp has been legalized, the hemp industry is growing at a 20% growth rate. Development of additional potential applications is currently underway.

For example, hemp meal is used as a food ingredient in aquaculture farms, particularly shrimp and freshwater fish. Even in Canada, hemp beer has been developed.

In the future, with imminent food shortages, the use of hemp as a food source may become the most widely used since hemp seeds have a high nutritional value.

The future for hemp in the United States is uncertain. There are ten states that passed legislation in 1998 to allow growing hemp for research purposes—Arkansas, California, Hawaii, Illinois, Minnesota, Montana, New Mexico, North Dakota, and Virginia—and a number of other states are considering it.

However, federal law still prohibits growing industrial hemp. Once these laws are lifted, the market can develop further in the US and could become the next ‘cash cow’ crop.

While hemp is only permissible under restricted conditions in the U.S., hemp could be the next miracle crop that ends up saving the economic system and the human race itself!

Hemp plays a vital role in just about every industrial sector; it provides food, fuel, garments, vehicles, and even paper. You can now purchase hundreds of items made from hemp.

Whether you’re wearing hemp fiber, making it into paper, or eating it, we hope this post has given you some insight into the world of hemp.