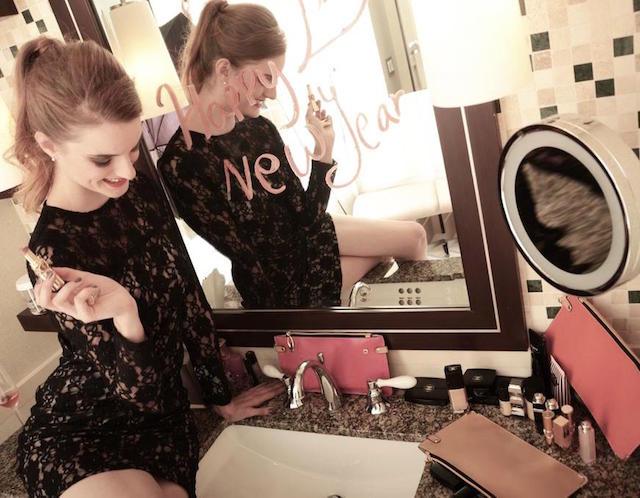 Most people like to start a new year with new goals in order to better themselves. But if you find yourself making extremely vague resolutions, you may find it difficult to stick with them. A good example of that is “get healthy” and “lose weight.” Both of those goals are great, but they’re way too vague. What exactly are you going to do to get healthy and lose weight? Instead, pick a resolution like “eat at least one vegetable or fruit at every meal” or “stop drinking soda.”

Last year my two resolutions were to go to the doctor on a regular basis and to make exercise a part of my life. I actually achieved both and have maintained them in 2015 (so far).

This year my resolution is to start eating at home more often. With all the good food in NYC, it’s way more fun to dine out, but it’s affecting my health and bank account. Womp.

Curious to know what other people are trying to do to better themselves in 2015? Below are five girls from all over the world who were willing to share their 2015 resolutions with Broke & Chic — from college students to hot-shot CEOs. 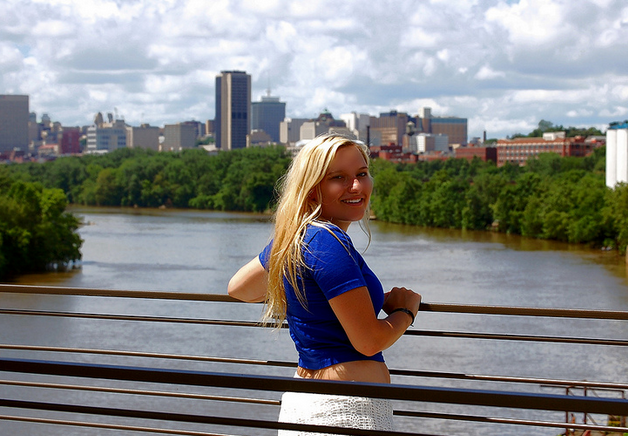 Emma is currently a freshman at Virginia Commonwealth University where she is majoring in pre-med. According to Emma:

I didn’t really make much of a big resolution the past two years, but this year mine is to make a schedule for myself everyday so I am not easily overwhelmed by all of my bio work. If I’m organized, I find my stress levels to be much lower. Who doesn’t want to be stress free?!

Last year I stopped drinking soda with the exception of when I was at school and needed to stay awake! 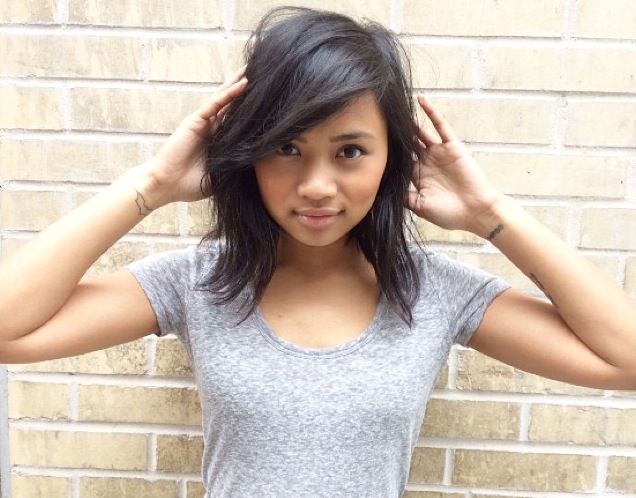 Bianca is the co-founder of Small Girls PR — a highly successful boutique PR firm in NYC. You may recognize her from Forbes, Buzzfeed, and Marie Claire. Bianca’s company has worked with big names such as Ann Taylor, Brika, and Google. But just because she’s a successful founder, doesn’t mean she doesn’t want to find ways to better herself in 2015. According to Bianca:

I’ve never really set hard resolutions because I feel that trying to hit quantifiable goals can be stressful, but I spent 2014 focusing on working on myself, which in turn means I can spend 2015 working with others.

In the general sense, I was able to achieve my 2014 ‘resolution’ — figuring out my work flow in a growing company, quitting drinking, meditating more, and being ok just sitting with myself. For 2015 I’ve resolved to learn how to be a better boss, be more patient with other people (friends, boyfriend, colleagues), and basically peel back a bit of that “self-proclaimed narcissism” that used to define me. [But of course continuing to up my level of self-care along the way.] 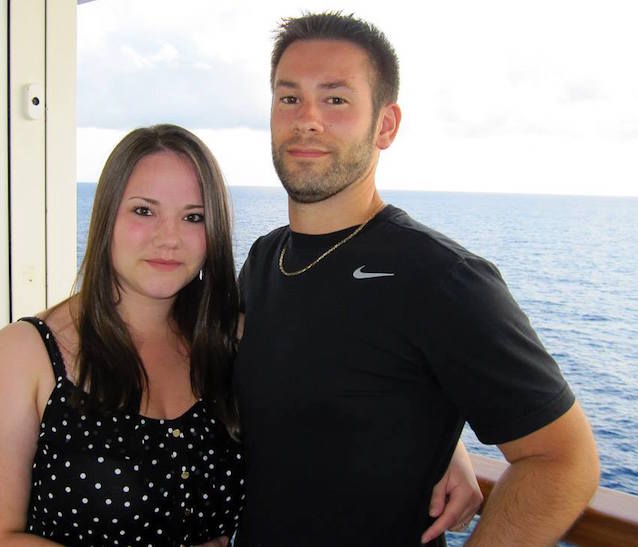 Anastasia resides in New England and she is currently pursuing a career in higher education. According to Anastasia:

Facebook and the news has made it extremely easy to be negative. There’s just so many negative people and events in the world! So this year I’m going to be more positive and look on the bright side. Plus…being negative is stressful and stress is bad for you!

Last year my resolution was to lose 25 lbs. Did I achieve it? No. I began on January 1st and it started off fantastic — I lost 11 lbs in two months and was feeling great! But then life happened and I lost track of my goal until it was December, and by then it was too late. Even though I didn’t meet my goal, I still lost 10 lbs! 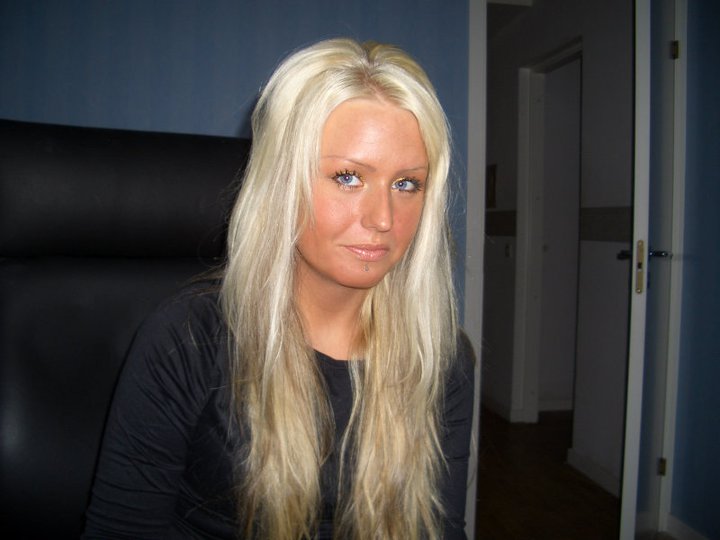 Camilla is from Sweden and she loves makeup and all things fitness (especially weight lifting). According to Camilla:

After living in the States for a few years, I adopted an unhealthy lifestyle — I stopped exercising and ate too much crap. Once I moved back home, my goal was to get back in shape so I would have more energy. So my 2014 goal was to lose weight — which I was able to do.

I’m currently seven months pregnant, so my two 2015 resolutions are being put on hold until after my son is born. Later this year, I hope to get a job where I can grow and climb the ladder. I also want to get back on track when it comes to fitness. I’m still eating healthy, I just miss lifting weights. 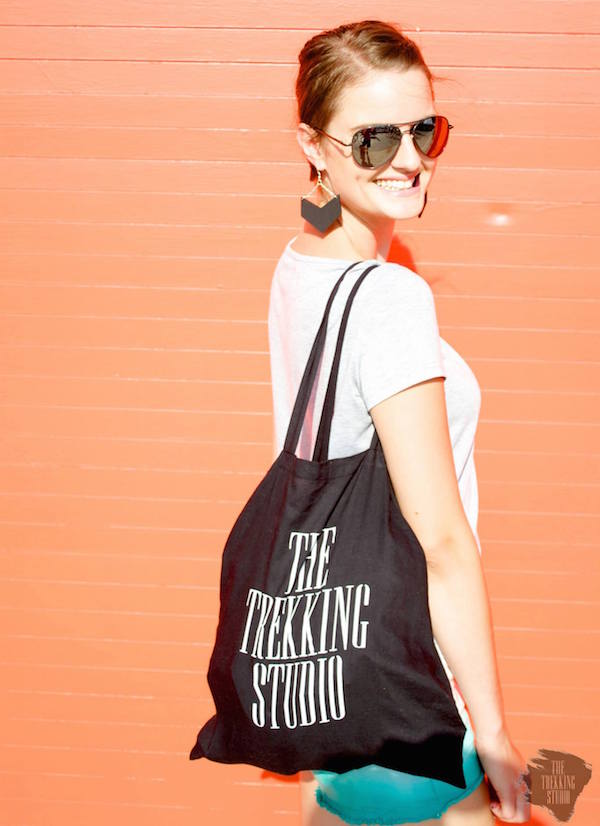 Kaitlyn resides in Boston, MA and she’s a yoga instructor and the founder of The Trekking Studio — a new brand that markets handmade and discovered jewelry inspired by world travel, with the mission of giving back for women’s empowerment. According to Kaitlyn:

My new year’s resolution last year was to become an entrepreneur. Specifically, to build a business of designer jewelry collections inspired by world travel. It was a huge endeavor, but what felt even more incredible was that it was easier than expected. Of course, there was (and is) an incredible amount of work involved, but because I am building a business I absolutely love, it’s something I look forward to doing every day. I recently found one of my notebooks from the beginning of 2014 with several pages planning the beginning stages. The Trekking Studio was launched in September 2014! It was incredibly gratifying and made me feel more confident about other future goals.

With that said, my resolution for 2015 is to continue working hard and having a great time while doing so with The Trekking Studio. And to eat more spinach!

What are your 2015 New Year’s Resolutions? Let us know in the comments below!