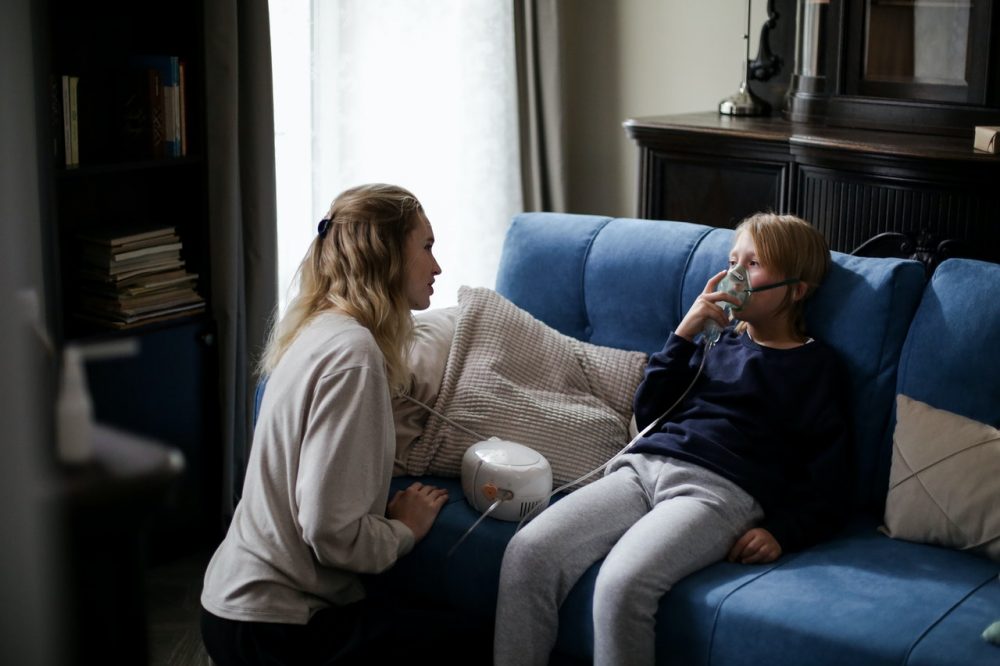 Asthma is one of the most common health conditions, affecting over seven million adults in the USA alone. However, the subject rarely receives a huge amount of attention, often seen primarily as something we have learned to live with.

There’s good reason for that, too: in most cases, asthma can be controlled to the point where even those with the condition do not experience any particular issues on a day-to-day basis. After all, we now thankfully live in a world where asthma management is relatively straightforward: with regular asthma reviews a common part of healthcare, the ability to order your asthma inhaler online, and treatment plans that are highly effective.

Nevertheless, it’s always worth learning more about such a prolific condition, especially if it’s one that you or one of your loved ones experiences or might experience in the future – so here’s a look at the little-known facts about this common respiratory condition…

Wheezing is perhaps the best-known symptom of asthma; in fact, it’s often seen as synonymous with the condition, to the point that patients who present without wheezing won’t even necessarily be checked for asthma in the first instance.

Across the world, asthma tends to be more predominant in children than in adults, but it does not necessarily follow that all of those children will continue to experience asthma into adulthood – quite the opposite, in fact. There is strong evidence that asthma is a condition that children can experience for many years, but eventually “grow out” of, experiencing few to no symptoms by the time they become adults.

There’s no agreed consensus as to why children sometimes grow out of asthma. It has been theorised that puberty, and particularly the hormonal changes that occur in the body during that time, have a systemic influence that can eradicate asthma altogether.

Another theory is that some cases of childhood asthma are not actually asthma at all, but are allergies: when a child grows up, the underlying allergy might be discovered and effectively treated, or they may no longer be exposed to the allergen that had caused their “asthma” in the first instance – which can make it seem like the condition has spontaneously improved.

Whatever the reason, it is a known phenomenon with established medical acceptance behind it.

3) Powder inhalers are an option

Pressurized metered dose inhalers – most commonly just referred to as “inhalers” – are usually the primary choice for asthma care, people with asthma usually using two devices: a “preventer” (to prevent symptoms developing) and a “reliever” (to be used during an asthma attack to alleviate acute symptoms).

Most people think of inhalers as using propellants to deliver their essential medication, and the “hiss” propellant inhalers make when used is familiar to most. However, there is a second option for people with asthma: powder inhalers, which deliver the same medication in much the same manner (an inhaler inserted into the mouth and then inhaled). These powder inhalers are becoming a more-recognised option, as recent studies have found that the propellants used in some inhalers could potentially be harmful to the environment – though, we must stress, they cause no issues for the individual users.

Propellant inhalers are often prescribed as the default option, so if you use an inhaler and would like to consider powder options, speak to your doctor for further advice. Additionally, we are now seeing more advanced treatment options for people with severe asthma. These days, there’s an option called the tezspire(tezepelumab-ekko) injection for anyone aged 12 or older. This injection can be used alongside the traditional asthma medications to enhance their effectiveness. Combing these injections with powder inhalers might be the ideal treatment option for a lot of people – particularly if the asthma is severe.

4) “Exercise-induced asthma” does exist – to an extent

There’s a rather cruel perception that “exercise-induced asthma” doesn’t actually exist, and that any breathing problems people experience during exercise are simply due to being unfit – which just isn’t true.

Medical professionals tend to shy away from the term “exercise-induced asthma”, preferring the name “exercise-induced bronchoconstriction” – but the base condition is the same as the old name. When exercising, some people experience a tightening of the airways which causes wheezing, coughing, shortness of breath, and lightheadedness, and these symptoms can be eased by the use of inhalers.

Importantly, people with chronic asthma and those without can experience the condition, which is thought to occur due to the cold, dry air that is inhaled during strenuous exercise. It’s therefore important to ignore the perception that exercise-induced asthma doesn’t exist and, if you feel particularly out of breath when exercising, speak to a doctor for further advice.

Asthma is a chronic condition; something that, once diagnosed, most adults will continue to experience throughout their life. However, just because asthma is ever-present does not necessarily mean it is always noticeable or a constant presence in someone’s life.

For some people with asthma, standard inhaler medications can control their condition perfectly, and they go months or years without an attack or even noticing any symptoms. In some instances, preventative medication can cease to be necessary at all (provided a doctor agrees with such measures); a scenario that often develops as a result of an individual eliminating lifestyle factors that are known to aggravate the condition – such as exposure to smoking or pollution.

There are even seasonal factors that can influence asthma prevalence; for example, some people with asthma experience next-to-no symptoms during the summer months but see a resurgence in winter when the air becomes colder, while others will simply see their symptoms come and go without any particular rhyme or reason behind it.

Simply put, asthma might be a long-term condition, but it’s also hugely variable between individuals and even on a day-to-day basis

The prevalence of asthma is considerable in the population, but the condition is not particularly often discussed, so we hope you found the above facts interesting to learn.