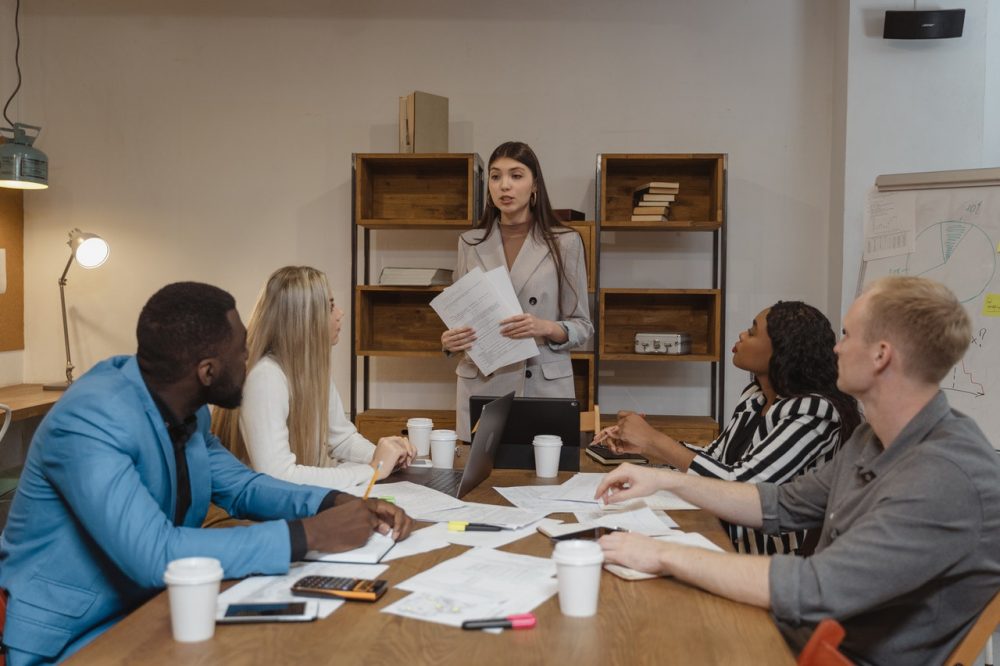 Do you want to be the best leader you can?

Sometimes, to grow yourself and your skills, you need to know what NOT to become. But if you’re new to academic leadership, you may not know what the leadership pitfalls to avoid are.

Don’t worry, we’re here to help! Read on for these nine bad leadership qualities you want to avoid!

According to leadership coach Elaine Broe, people want a leader who they feel understands them and gets where they’re coming from. They also want someone who they feel they can talk to, and they’ll listen. Check out Elaine Broe here.

A leader should be there for those under them and come from a supportive position. You should see things from your colleague or student’s perspective.

A poor leader would rush to judgement and won’t care about the human side of things in the form of their colleague. This can soon lead to low morale, productivity, and high turnover.

One of the worst qualities a leader can have is shifting the blame. Everyone can mess up, but a leader should focus on solutions and support, not playing a blame game.

Poor leaders will only focus on the damage that’s caused and look to take the blame off themselves. Even if that means throwing a colleague under the bus.

A good leader will be ready to act and reduce the damage with solutions and fixes. You want your colleagues and students to learn from mistakes, not fear making them. To do this, you need to show them how to fix it, avoid it in the future, and show some support.

A leader is successful because of the people around them. It’s not a one person show. A poor academic leadership quality is to take credit for the success of other people.

As a leader, you shouldn’t seek to exploit other people’s efforts to make yourself look good. You should care about morale, quality and your individual colleagues and students.

Use a leadership approach that lets the work of your colleagues and students shine. Let them know they’re doing well and give them credit where it’s due. Put them on the right track and encourage them.

Don’t think of your team as a means to an end for your own advancement or achievement. A bad leader will try to work towards a promotion, or a goal instead of building a solid network and team.

It becomes about what the leader can get out of those under them, not what they can do for others. As a good leader, you should build and strengthen those beneath you.

Give them the encouragement and resources to to the best they can. Make your colleagues and students look good and remember it isn’t all about you. If you come from a selfish position, you’ll see morale fall and the teamwork can fall apart.

5. Not Treating People as Individuals

One thing you need to remember to be a good leader is that one-size doesn’t fit all. The people around you are individuals. Learn to manage, communicate, and coach each person in the way that suits them.

A bad leader is looking for the easy route and doesn’t want to learn about those around them. They’ll make the mistake of thinking they know everyone already. Or their way is the best way, and everyone else must deal with it. You won’t get results that way, at least not the results you want.

Take the time to get to know the needs of each person, and tailor to that. You can follow a leadership style, but remember people aren’t machines. They’re all unique, so celebrate it. It could be a huge asset to you.

A little micromanagement isn’t going to hurt, but you shouldn’t manage everything. If you’re micromanaging every aspect, you’ll restrict those who are working under you.

Other who are in supervisory roles can’t do that job as they should. Others won’t be able to use the best of their abilities. It’ll alienate you from your colleagues and students.

You’re not conveying trust in those around you if you’re managing every little thing they do. It makes it seems as though you don’t trust them to do their jobs.

Now, you shouldn’t focus on selfish goals, but you should have an idea on what you want the team to achieve. A poor leader won’t have a clear vision of what they want accomplished.

It’s important to give a clear idea of where the team is heading. It gives everyone the bigger picture and makes sure they’re all on the same page.

Poor leaders will flip flop through goals on a regular basis and won’t be consistent. You can have the most experience and intelligence but if there isnt focus, you’re in trouble.

Another poor quality in a leader is one who doesn’t lead by example. You can’t sign off and leave it to everyone else.

There are going to be times where you need to get stuck in, roll up your sleeves and handle the tough work. You should be willing to sit down with your students or colleagues and put your heads together.

Show your team members you’ll pitch in and help out. You’re not above the difficult stuff. And it’ll help you get an insight into different people’s strengths and weaknesses too. It’s a chance to bond with your colleagues and students.

A leader has to be aware of what the repercussions and consequences of their actions are. To every colleague and student, regardless of position.

There are expectations on:

As a leader, you’re expected to uphold these standards. But you should lead by example and follow them yourself. If not, it’ll damage your standing and team morale.

It should be do as I do, not do as I say. And a lack of self-awareness may make it difficult for a leader to spot issues that need addressing.

Don’t Get Bogged Down with Bad Leadership Qualities

So there you have it! Now you know these 9 bad leadership qualities, you know what to avoid going forward.

Remember, it’s all about collaboration and teamwork in academia and a good academic leader needs to promote this. Cross department and interdepartmental collaboration is key. Treat everyone as an individual, and tailor your leadership to their needs.

If you found this article useful, check out or other blog posts today!