A Brief History of the Rose Bowl Game 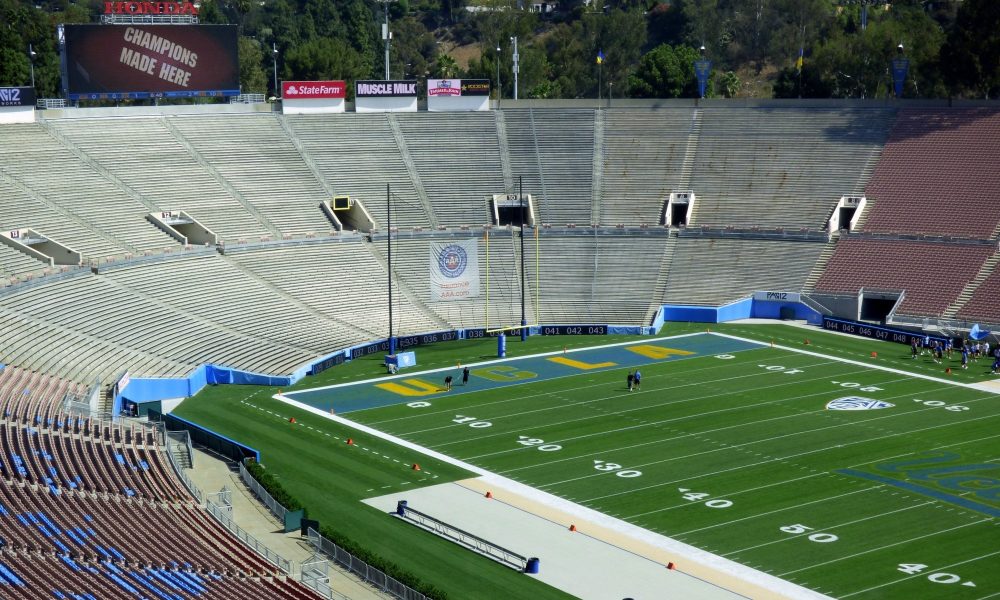 There are certain sporting events whose significance goes above and beyond that of any ordinary competition. Like Red Sox vs. Yankees at Fenway Park or an F.A. Cup Final at Wembley Stadium, sometimes the historical legacy of the venue is more impressive than the match itself.

The Rose Bowl Game is one of the most important traditions in American sports. If you follow college football, you’ve definitely watched it before on New Year’s Day (probably while nursing a hangover). Read on to learn more about the history of this legendary fixture:

The Rose Bowl Game is a college football game played annually on New Year’s Day in Pasadena, California. For nearly one hundred years, it has been held in the Rose Bowl, an aptly named stadium built in October of 1922.

Today, the match is generally played between the champions for the Big Ten and Pac-12 conferences. There is potential for the winner to go to play in the Bowl Championship Series (BCS) National Championship Game.

There was a time when the Rose Bowl Game wasn’t played in the Rose Bowl. In fact, it was originally named the Tournament East-West Football Game.

That name change was definitely a good idea but its not the only thing that has changed. Let’s take a closer look at how this game has changed over the years.

We have to go back to 1890 when the Pasadena Tournament of Roses Association first hosted the Rose Parade on New Year’s Day since 1980 as part of their annual celebration.

They are a non-profit organization consisting of a member-elected club of people chosen for their integrity and willingness to work on New Year’s Day.

Flowers, music, and sporting events were always part of the celebration. However, it wasn’t until 1902 that a football match was added as a way to raise more money.

The first edition of what came to be known as the Rose Bowl Game was played at Tournament Park on January 1st, 1902. Field H. Yost’s Michigan Wolverines trounced Stanford University 49-0.

The beating was so bad that Stanford abandoned the game eight minutes before its completion.

The extremely lopsided victory didn’t sit well with the association. The replaced the game with chariot and ostrich racing during the following years. Yes, you read that right.

The Return of Football

The Rose Bowl Game was restored with State College of Washington defeating Rhode Island’s Brown University in 1916 and has been played every year ever since.

Growing demand lead to the need for a new stadium. In 1923, the Rose Bowl Game was played in the Rose Bowl for the first time. You can get tickets to this immortal game through Barrystickets.com.

Seating nearly 100,000 spectators, the Rose Bowl is one of the largest, most iconic stadiums in the world.

If you love sports, you need to see the Rose Bowl Game at some point in your life. Its an unforgettable experience that can be enjoyed with friends and family.

Do yourself a favor get out to Pasadena to see this iconic match that has earned the name ‘The Grandaddy of Them All’.