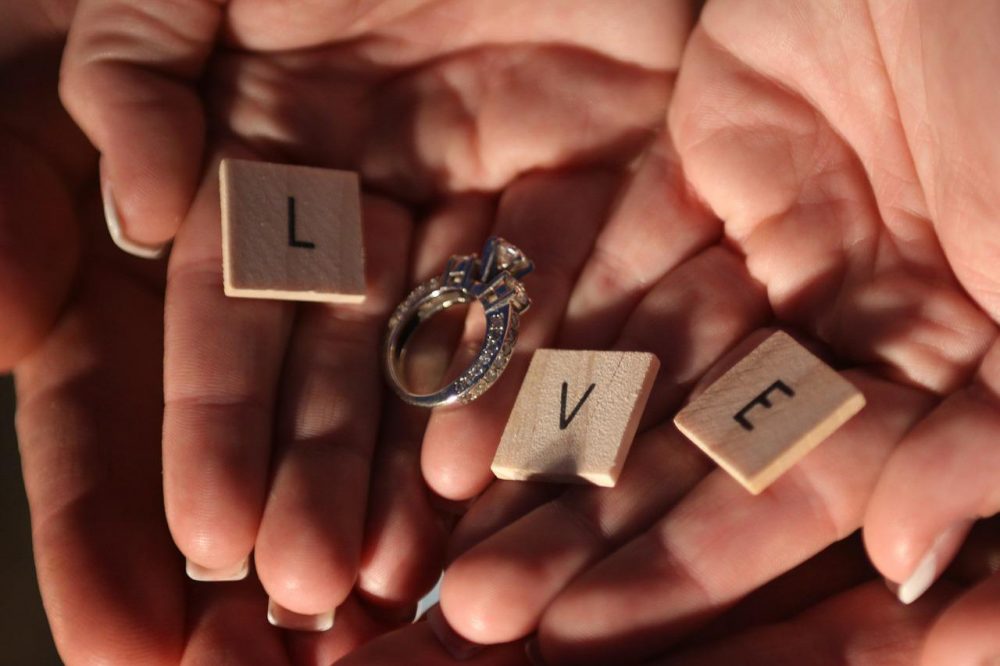 Three diamond stones are set on a single ring in three stone engagement rings. These three stones are also the result of a larger center diamond surrounded by two smaller diamonds on the flanks. The stones could be of the same size dimensions but the center stone is usually the largest of them all.

It’s worth noting that all three stones have the same mounting. Plus, they may vary in size and diamond cut. You also have choices when it comes to the ring’s band. The choices are:

Diamonds are typically what’s used for three-stone engagement rings. However, there are variants that come with colored gemstones on their bands. Depending on the designer, these colorful gemstones could be sapphires or rubies. This is the design for couples who want an engagement ring that can include a personal message.

A three-stone style can also be combined with a different type of setting. You might wish to try the pavé design or the channel setting. Overall, three stone rings are a popular choice for engagements due to their unlimited possibilities.

The price relies on the center stone’s carat weight and quality, as well as the side stones. When making a ring on a budget, three-stone engagement rings are an excellent option because the center stone may be kept smaller and embellished with other stones.

Previously, numerous jewelers combined a mixture of different diamonds to produce one ring. Even still, when all of the designs are considered, the three-stone ring remains the most basic. This ring style is the only one that has received all of the acceptability and recognition that the others have not.

The three-stone diamond ring, also known as a trilogy or trinity diamond ring, was promoted by De Beers as their “Past, Present, and Future Ring.” They managed to make a relatively regular diamond ring design into the ultimate emotive expression of devotion signifying the time a couple spends together throughout their lives in yet another stroke of marketing genius.

Furthermore, the three-stone engagement ring arrangement has been around since the seventeenth century. This ring style has remained that one ring setting with a story to tell ever since.

What Does A Three-Stone Ring Signify?

Three-stone engagement rings have the ability to tell a couple’s story without saying anything. The three stones symbolize a tale about love, dedication, and time that has passed with each other.

Elements To Consider Before Selecting Your Perfect Three Stone Rings

Three-stone diamonds are a fantastic method to convey the wearer’s distinct individuality through the shape, design, size, and setting.

If you want a more modern and unusual ring, consider a three-stone ring, in which the three diamonds are of the same size and carat weight and are placed in a line or in a less formal cluster configuration.

Styling it is easy because trilogy rings have a somewhat curved form, they look great with wedding bands. They’re also a perfect foundation for a stacked appearance that might incorporate other rings like an eternity band, plain band, or a stylish solitaire.

When wearing your trilogy ring with other rings, make sure the diamonds don’t reach too far over the band’s edges to avoid scratching them.

Types of the Three-Stone Engagement Ring

The three-stone engagement ring has warmed the hearts of couples for generations and this has recently become the fashionable pick for most couples. All you need is a sophisticated selection and you’ll have an engagement ring that boasts timelessness and elegance.