Posted May 1, 2013 by Amanda Raye in Career/ Lifestyle 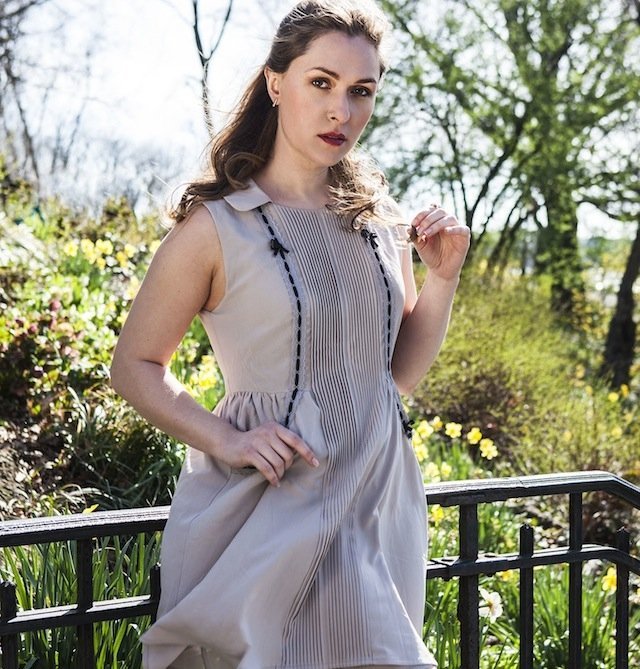 Broke & Chic recently teamed up with actress-turned-musician Logan Tracey for a budget friendly photo shoot. Logan moved to New York City after graduating from college with her heart set on being an actress. She’s since had quite a few amazing gigs over the years, but recently realized her true passion is music.

Last year she began recording her debut album For Sale with producer Michelangelo Sosnowitz. According to Logan:

I find more joy recording in the studio than I ever imagined. When you’re recording an album it’s almost like a contant rehearsal — meaning you get to be adventurous and have fun and only keep the best takes 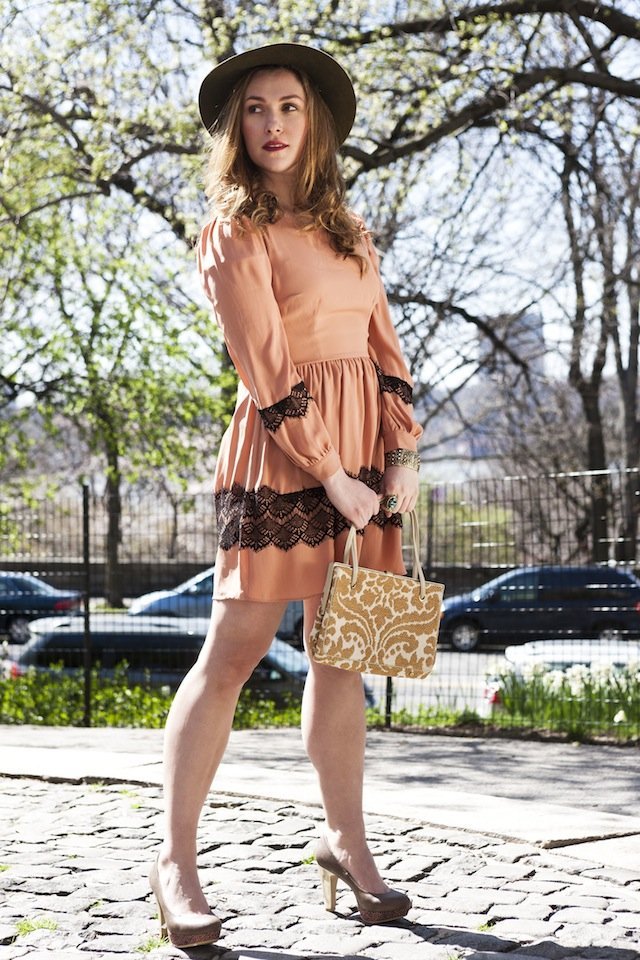 Read our interview with Logan below where she tells us her debut album For Sale, how she saves money, what she wished she knew when she first moved to New York and what it’s like changing careers.

Broke & Chic: What was your goal with this album?

Logan: To make some fun music with my producer (and friend) Michelangelo Sosnowitz! But the main goal is to get it placed in television, film and commercials; and we’ll play some live shows in NYC this summer.

B&C: What was it like realizing your passion was no longer acting?

Logan: I’d say I found something else that is as exciting as being an actress. And don’t get me wrong, I love acting and working on projects, but for me the best part of any creative endeavor is to play and have fun with your team/crew/friends — and this was all that!

I think what I like about working with Michelangelo and working on this album is that I had more creative control than one often does as an actor. We worked together to mix and listen and remix all of the tracks and I am really proud of them all in their own way.

B&C: What’s your favorite song on your album For Sale?

Logan: All of the tracks are really different and my thoughts on this change but I love Way From Here – that’s the first track on the album and the first track Mike and I recorded. I also really love Say Goodbye and Belong. I think lyrically they have some twists in them and the melodies are just lovely. 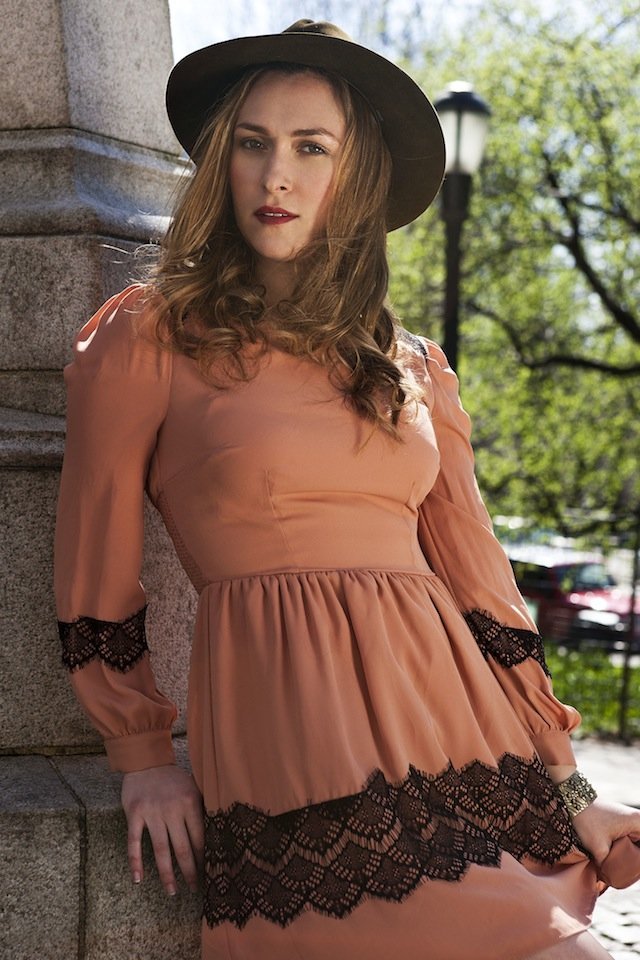 B&C: What advice would you give the guy or girl who’s interested in becoming an actor?

Logan: Be patient, be committed, do your very best every day, and don’t get crazy.

B&C: New York is expensive. What are some tricks you’ve learned since you’ve been here in order to save money?

Logan: I never buy bottled water anymore, and try really hard not to buy coffee and I make sure to get great deals and shop sales always! I usually just think, “Do I actually need this?” and basically the answer is usually no.

Logan: Music is kind of all over the place, Simon & Garfunkel, Florence and the Machine, Eva Cassidy is amazing, Ella, but I also love Taylor Swift (I’m so sorry, guys!). Style-wise I die for Blake Lively. I think she’s gorg and always looks flawless.

B&C: What are your go to stores when it comes clothes?

Logan: I love JCrew, Splendid, and Banana Rebublic for work/put together looks. And Forever21 can’t be beat. But my secrect for events and fancy occasions is Rent the Runway. I love it.

B&C: What’s one thing you wish you knew the day you graduated from college?

Logan: It’s not a race — you have plenty of time. 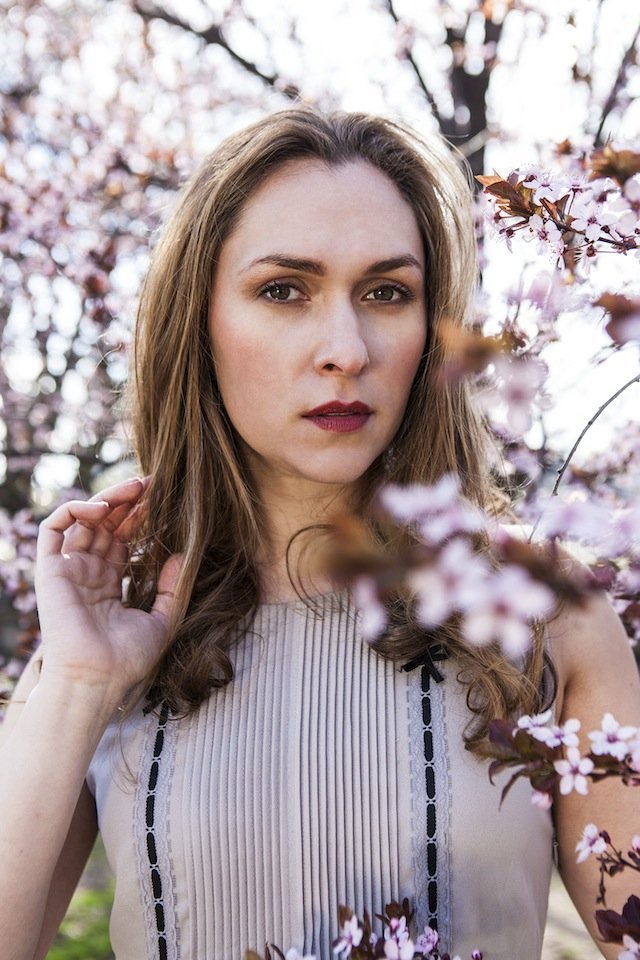 B&C: What’s your least favorite trend at the moment?

Logan: PASTELS! They so don’t work on me.

Logan: I’m loving the all white head-to-toe look and florals. So cute.

B& C: What was your most memorable experience recording this album?

Logan: The whole thing has been incredibly exciting, but I think the best part is how excited my friends and family have been about it. I have been singing forever and it’s really fu nto share it with them. To give them something tangible that they can hold in their hands and listen to.

B&C: What was it like seeing your songs on Spotify and iTunes for the first time?

B&C: What do you think your next step is?

Logan: To get the album into the hands of people who make tv, film commercials. To get it out there for people to listen to. We really just want to share it with everyone. People tend to like different tracks and are drawn to differnet things about the music, which is so cool. 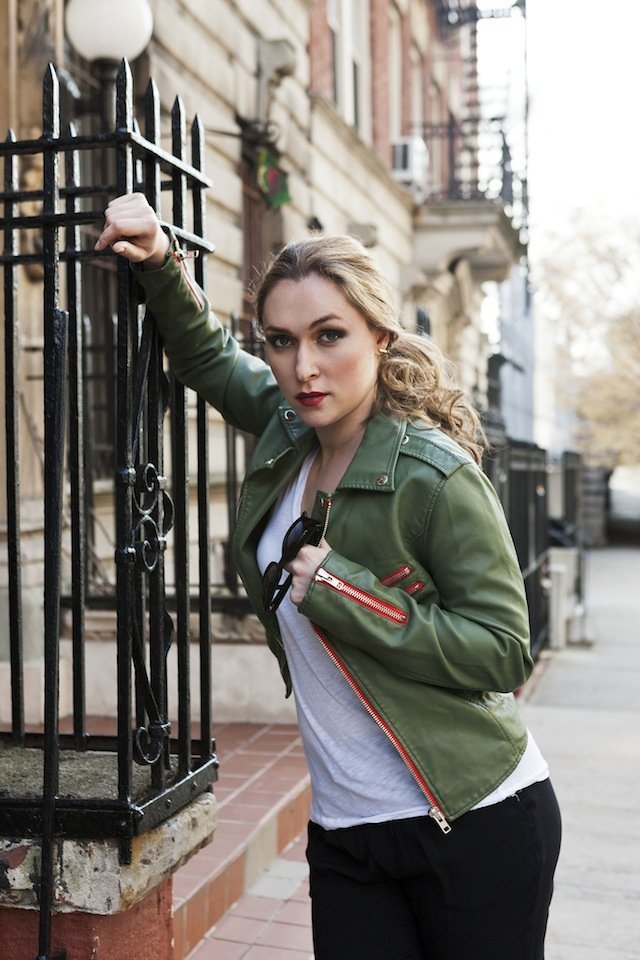 Her album For Sale can be found on iTunes, Spotify and Amazon, so make sure you check it out! If you want to learn more about Logan, be sure to follow her on Twitter and Facebook!

*A very big thanks to our photographer, Laura Gallant and our makeup artist, Jackie Risotto.