The Matrix Resurrections Cosplay—Be “the One” like Neo with EuroOptica 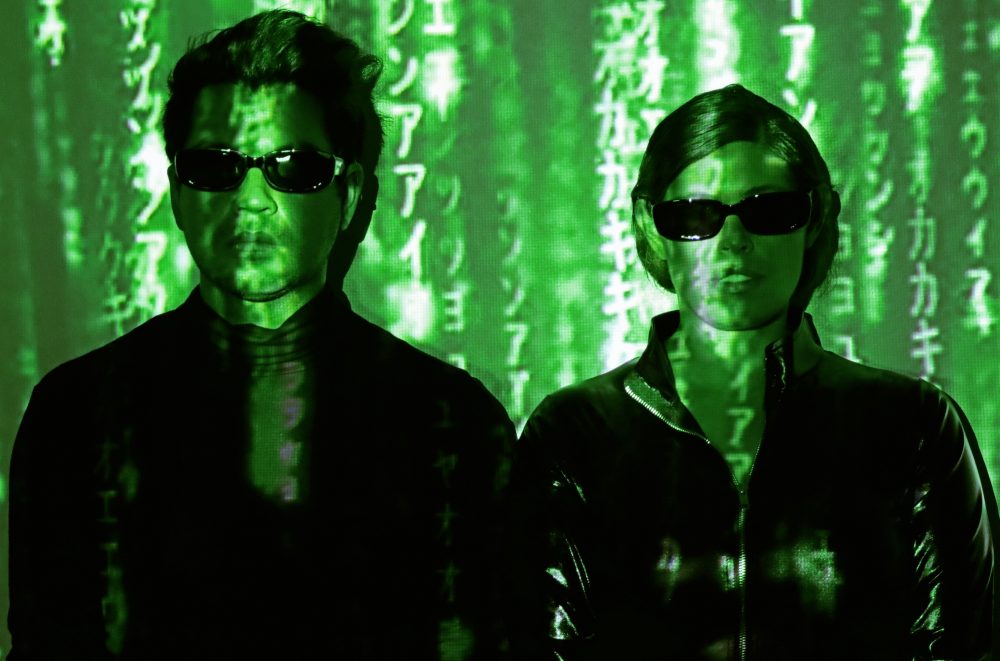 I was in elementary school when the first Matrix movie came out. It was right before the Y2K hysteria of 1999 when some people believed the computers would not know what to do when the clock struck 12am on January 1, 2000. Computers run everything around us, so that meant there was a chance even our traffic lights would stop working. Some even believed the internet would crash and we would lose global communication. Yikes! Did The Matrix contribute to this? Maybe.

Thankfully, Y2K rolled in just like any other New Year—very uneventful. Despite that, celebrating a new millennium is a BIG deal and people were rightfully excited. Plus, our technology was advancing at a fast rate—especially in Hollywood. That’s why The Matrix is such an important movie—even to this day. The special effects were the first of its time. The Matrix left such a mark on pop culture that wearing items in the taste of the the film became a popular trend. Patent leather, combat boots, floor-grazing trench coats, and tiny sunglasses were all the rage.

After the success of The Matrix, two more movies followed as well as an animated off-shoot. Well, guess what? I don’t know if you have gone down the rabbit hole yet or not, but a new Matrix movie is about to come out. On December 22, 2021, The Matrix Resurrections will be released. I. Can. Not. Wait.

To celebrate The Matrix Resurrections, Broke & Chic has teamed up with EuroOptica—a trendy eyewear boutique on the Upper West Side of Manhattan, for this fun Matrix cosplay photo shoot. Not only can you find chic frames from world-recognized brands, it’s a one-stop-shop where you can also get an exam.

If you want to be on-top of 2022 fashion trends, consider some of the looks below:

Cosplaying The Matrix with EuroOptica

It’s no secret that I’m a nerd and love to cosplay when I can. Being able to cosplay The Matrix with Jake Sanchez and Christian Siguenza was an experience that I’ll never forget. Take a look at our shots below!

Now here’s my questions for you. If you had the opportunity, would you choose the red pill? Or the blue pill?

Glasses and sunglasses are a big part of fashion trends inspired by pop-culture. With Harry Potter came a love for round eyeglasses. With Superman/Clark Kent came a love for rectangular glasses with brands like Oliver Peoples, Persol, and Barton Perreira taking center stage. Even Men in Black and the live-action Scooby Doo contributed to fashion. Like The Matrix, Men in Black made stylish black sunglasses a must-have and Velma’s retro style in Scooby Doo helped oval eyeglasses make a resurgence.

High-quality and authentic eyewear from EuroOptica is available for all the fashion trends. Come and choose a trendy frame from the world-recognized brands at 280 Columbus Ave, Manhattan, New York.

Are you excited about the new Matrix film coming out on December 22nd? Let us know in the comments below!

*A big thank you to EuroOptica for making this Matrix Cosplay shoot come to life. Another big thank you to Jake Sanchez for making the best Neo and to Christian Siguenza—this photo shoot would have been nothing without you. If you are looking for a cosplay photographer in SoCal, be sure to book Christian. Message him through his website: https://cesigue.com/