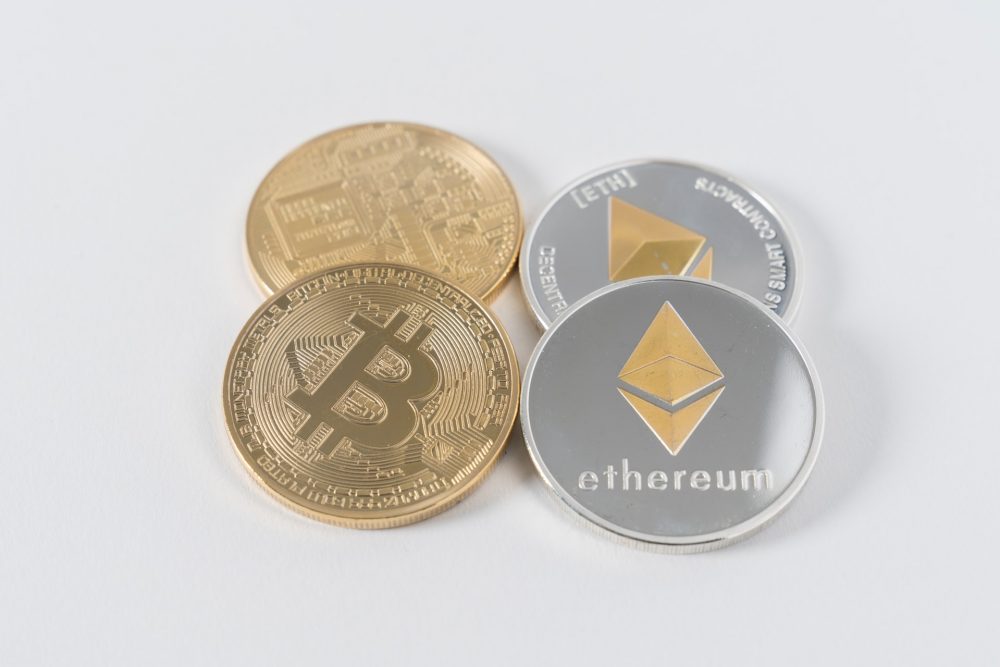 Many people regard Bitcoin (BTC) and Ethereum as the McDonalds and KFC of the cryptocurrency. On the surface if you delve into the details, you will find that they serve very different purposes.

Learning about Bitcoin vs Ethereum will lead you to a more fulfilled path of technological progress that people are going through as a culture. This article will help you understand the basics of blockchain or the technology behind cryptocurrencies like Bitcoin, Ethereum and how they are changing the world.

So, should you invest in bitcoin or ethereum? The key thing to note is that Ethereum a platform while Bitcoin …..is a cryptocurrency.  Bitcoin is a store of value and a medium of exchange, not a currency. Bitcoin transactions are monetary, while Ethereum transactions are executable code. Transactions are faster on Ethereum because Ethereum is faster than Bitcoin.

In January 2009, a mysterious figure named Satoshi Nakamoto floated the idea when he presented a white paper on a peer-to-peer electronic cash system that would operate without a central authority. Bitcoin gave birth to the idea of cryptocurrency as money without a physical form.

Bitcoin wasn’t the first time anyone thought of a decentralized, non-physical form of money, but it was the first time it prevailed. Ethereum was founded to supplement Bitcoin and end the competition.

A Mode of Exchange

Bitcoin is a store of value and a medium of exchange. The main purpose of Bitcoin is to establish itself as a challenger to normal currencies supported by the banks of individual countries. The value of other cryptocurrencies, including ether, moves in tandem with bitcoin, but bitcoin is traded more than any other coin.

Ethereum is a global computer platform with a native cryptocurrency, Ether (ETH). Developers choose to build their apps on the Ethereum blockchain because it is decentralized. This is the key to understanding whether you should invest in bitcoin or ethereum.

These apps are called Decentralized Apps (DApps) and can provide trusted products and services. The Ethereum platform has its own currency, Ether (ETH), and it is the gas needed to run DApps on the platform. Solidity is the programming language Ethereum, which is used to create intelligent contracts that can be used on-chain.

Founded by Vitalik Buterin, Ethereum is the world’s most advanced blockchain project. It was introduced in 2015 as an upgrade to address Bitcoin’s supposed weaknesses.

Ethereum use cases offer developers more opportunities to develop new applications, and it has become a stand-alone and competitive entity.

Both Bitcoin and Ethereum are decentralized and are not issued as a store of value by any government or other central authority. They are based on a ledger called the blockchain that is tamper-proof.

Tech experts are expensive enough to arm themselves and work on the protection platform. Both Bitcoin and Ethereum are so popular that they are the most widely used cryptocurrency, except for a few smaller coins.

If you are working on an established and reputable crypto trading platform, you can trade Bitcoin, Ethereum, or both.

Bitcoin was created to do one thing: offer people a way to transfer value from one central banker to another. Ethereum was built on the idea of a blockchain, but more than that, it is essentially a copy of Bitcoin as a currency. As a result, Ethereum can do lots of things at once.

Ethereum is a platform for monetizing the operation of its smart contracts and apps. The currency can be spent as a digital-only currency.

However, it wasn’t built just for that. In Ethereum, ether is received by people who create use cases for what its core function is.

By early 2020, Bitcoin’s market capitalization was $150 billion. Ethers market cap at 1 / 10th of that size was $16 billion. By May 2021, the cap on the bitcoin market will be about $1 trillion, while Ether’s 1 / 3 of that size will be approaching $400 billion. This is something to consider when thinking about buy bitcoin vs ethereum.

Today the total amount of all money in bitcoin is around $653 Billion.

Most users turn to Bitcoin. However, users in developing overseas markets often overlook and inflate these statistics.

Ethereum is a flexible platform on which people can start to hold their bitcoins in the Ethereum chain instead of the Bitcoin blockchain. This is widely referred to as a tokenized bitcoin.

Ethereum and the Blockchain

Because Ethereum cannot be held or stored on the blockchain, Bitcoin is more widely accepted. This is why bitcoin is still the primary way people make purchases online with crypto. Remember you can even use a bitcoin ATM.

Though you may need some assistance with how to use one as they don’t operate like standard ATMs.

People studying the possibilities of Bitcoin and Ethereum often become philosophers. They theorize about how blockchain technology can improve all aspects of our lives in the decades to come.

Bitcoin Vs Ethereum: They Can Both Change the World

The biggest difference between Bitcoin and Etherum is that Ethereum is a decentralized platform that can be programmed with other decentralized ideas. Ether is the currency that runs on Ethereum.

At its core, they are both a new way of doing business, not relying on giving each other our valuable data to make transactions. That’s why the idea is so important.

If you are interested in learning more about other topics like Bitcoin Vs Ethereum be sure to check out the rest of our site.