Breaking Down the Different Types of Creatine 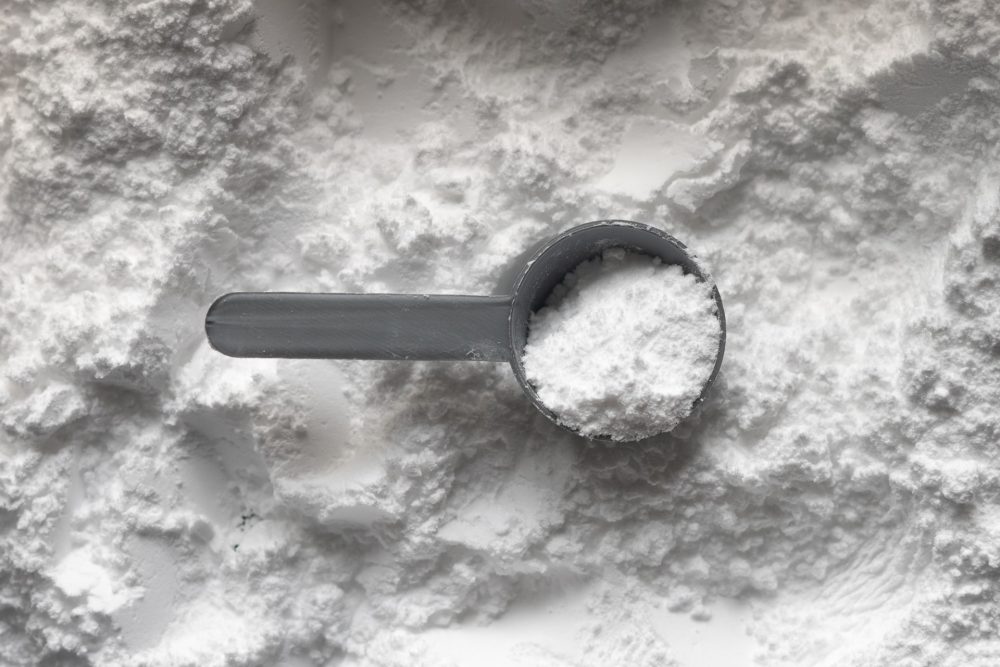 There’s a reason that creatine is the world’s most popular gym supplement. Put simply, it works, whether your goal is greater strength, enhanced energy or bigger muscles. Yet, with so many types of creatine on the market, knowing which one to buy can be very confusing.

Let’s break it down:

Creatine is a combination of three amino acids; arginine, glycine and methionine. Our bodies are able to store creatine at a rate of approximately 75% of our body weight in grams.

So, a 200 pound guy will be able to store around 150 grams in his body at any given time. About 95% of that creatine is stored directly in the muscles.

There are four key benefits to supplementing with creatine:

In summary, creatine will provide you with more energy during workouts so that you can push through the threshold that normally stops you in your training. It also helps you recover from any form of exertion by buffering and delaying the onset of lactic acid and by turning adenosine disposhote into adenosine triphosphate (ATP) for immediate use as an energy source.

When shopping for the best creatine sources, things can get a little tricky. Not all brands are created equal because many manufacturers formulate their product with binders and fillers that, even though they are inert ingredients, dilute the purity of the creatine. Look for a product that contains only 100% pure creatine.

Try to find a company that stands behind their products with a money back guarantee. It’s the only way to ensure that they believe what their package promises.

There is a wide variance when it comes to creatine pricing. You can, though, find generic brands with identical ingredients to the far more expensive and flashy name brands. In fact, many of the international brands do private labeling with exactly the same product. Without big money marketing behind it, the private label will cost half as much as the internationally recognized brand.

Creatine is available in the following forms:

Of course, each manufacturer will swear that his form of delivery system is the best. The truth is that powder can be a little difficult to digest. Unless it is micronized, it will also prove tricky to mix with water. In addition, powdered creatine has the lowest absorption rate, with around 40% lost before it reaches the muscle tissue.

Effervescent creatine is more tasty and provides less bloating than traditional powdered creatine. However, it usually comes in pre-measured packets, so it can be difficult to tailor doses.

Monohydrate is the most economical form of creatine supplement. Most studies on this supplement have been done with monohydrate, so the science backs this form more than any other.

In order for creatine to be useful, it needs to bond with a phosphate. This form of the supplement allows you to take  a phosphate along with a creatine molecule, ensuring that you’ve covered your bases and created a creatine that is more effective.

However, creatine phosphate contains just 62.3% creatine and 37.7% phosphate. So, it will take a higher dose to equal the same 88% you get from creatine monohydrate.

In addition, creatine phosphate is more expensive than monohydrate.

Creatine citrate is far more water soluble than other forms of creatine, which is why it has become popular. The volumization potential was also seen as much greater.

However, the reality is that all it does is dissolve better when mixed with water and juice. The downside is that the concentration of creatine in creatine citrate is the weakest of any form. In fact, it is a little under half the strength of creatine monohydrate, with just 400 milligrams of gram of creatine citrate. Yet, this form is also more expensive than monohydrate!

The cheapest and most studied form of creatine on the market is creatine monohydrate. Although other forms claim to have benefits over and above it, there are no reliable studies to confirm this. Our advice, then, is to stick with a 100% pure creatine monohydrate supplement.