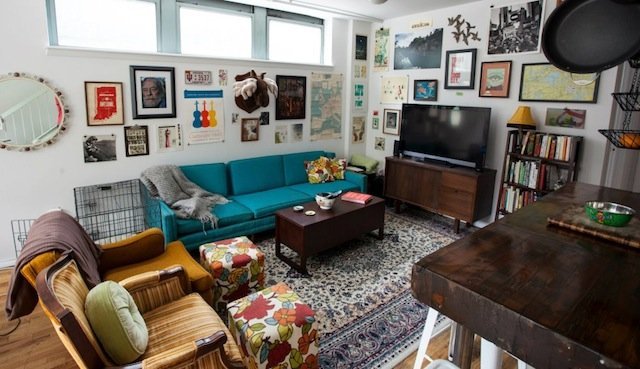 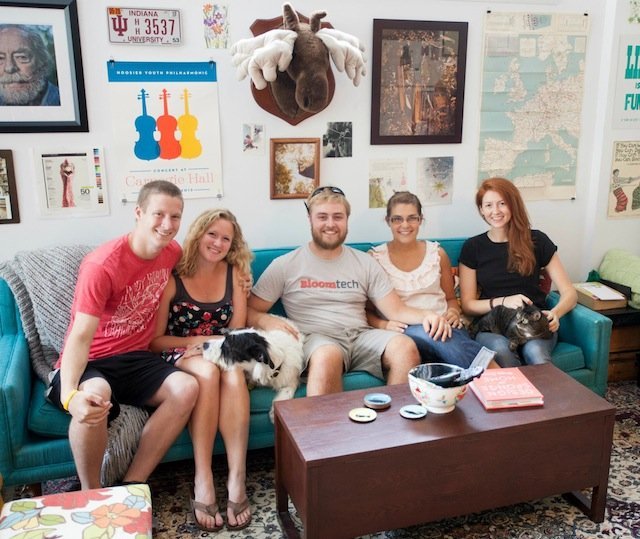 They landed this loft style apartment in Carroll Gardens, Brooklyn — a beautiful neighborhood known for its great food, architecture and community.

When B&C first stopped by their apartment the other day, this is not what we expected; most NYC apartments are extremely small and cramped. Their 3-bedroom 2 bath apartment, however, was spacious, bright and impeccably decorated. 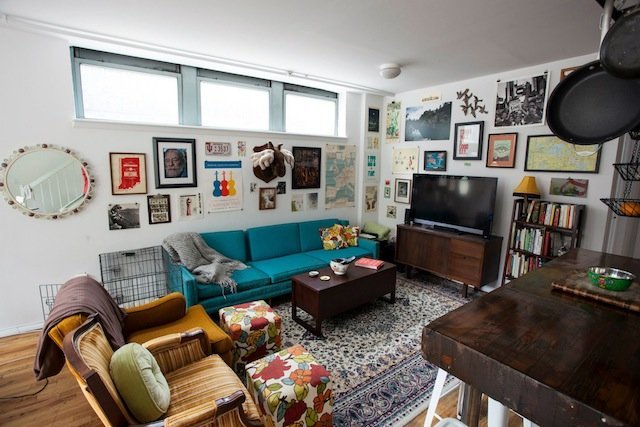 With a group of 5 people, you’d think there’d be conflicts when it came to decorating, but according to CJ:

We had a spreadsheet we shared on google docs to keep track of who was bringing what since we were all living in different cities before we moved.

After receiving a tour, we noticed right off the bat that quite a few things were from Ikea, craigslist and thrift stores. Their most expensive item is the teal couch (above), purchased for $500 at a antique shop in Bloomington, Indiana. 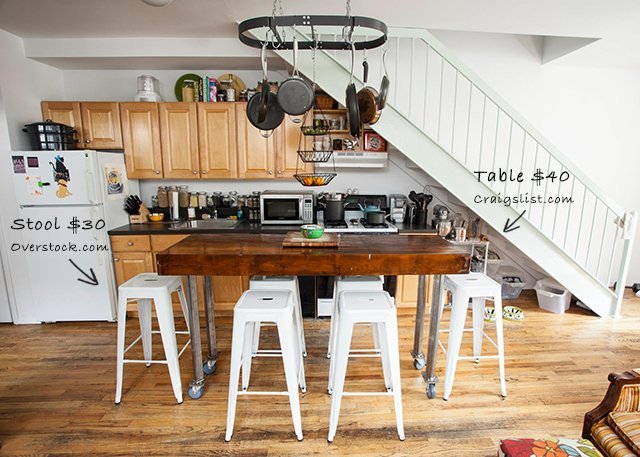 Our favorite part of the apartment? The decorated wall behind the couch, of course. Because all five roommates are in a creative field, everything on the wall was either original art from one of them, something belonging to a family member or something found in a thrift store.

All the picture frames were from Goodwill. All of our savings accounts were run dry after moving here so we couldn’t really afford to buy anything new during our first month. 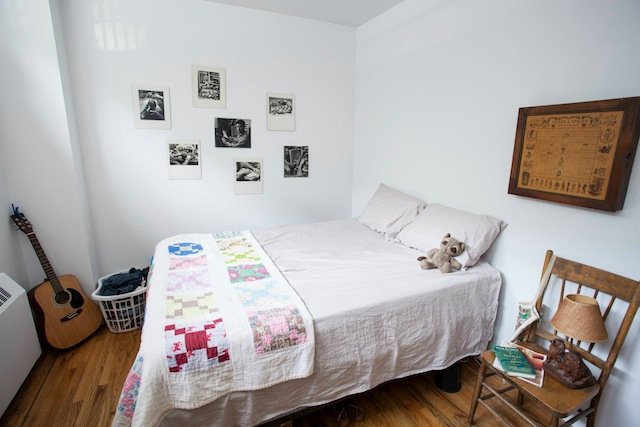 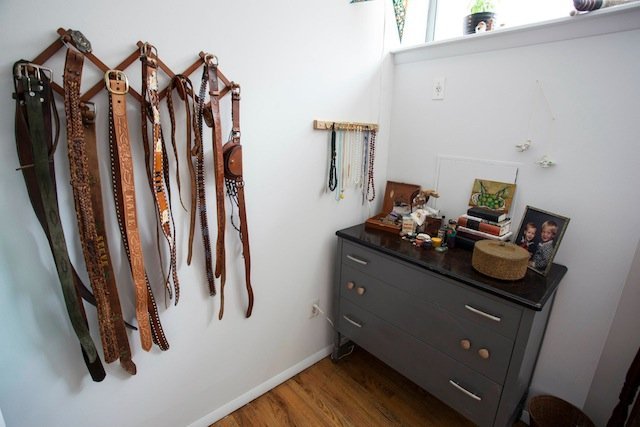 For many people it would take months, if not years to actually have their homes this put together, but Erin says that wasn’t the case:

It took us about five days to decorate the apartment to look like this. We didn’t have internet installed during our first week so we had to find some way to stay productive. 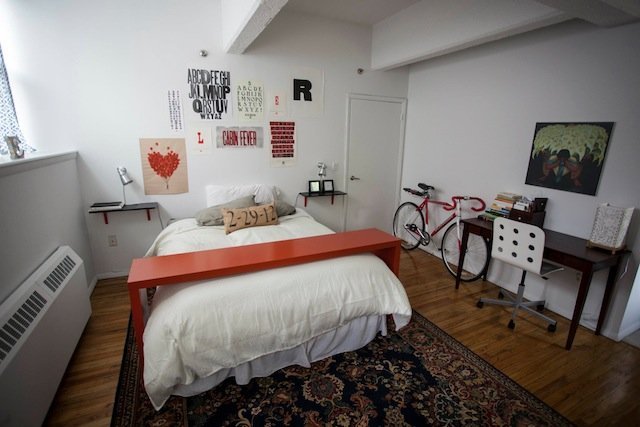 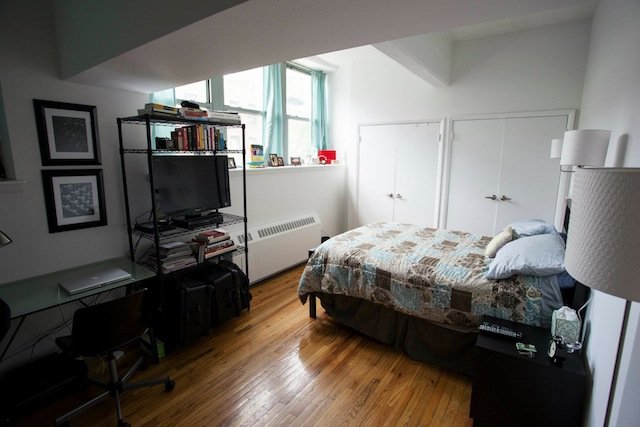 We asked the group to offer some advice to Broke & Chic readers about moving to New York City.  To which Erin said, “move with a group of friends. That way you’ll have a built-in support system.” 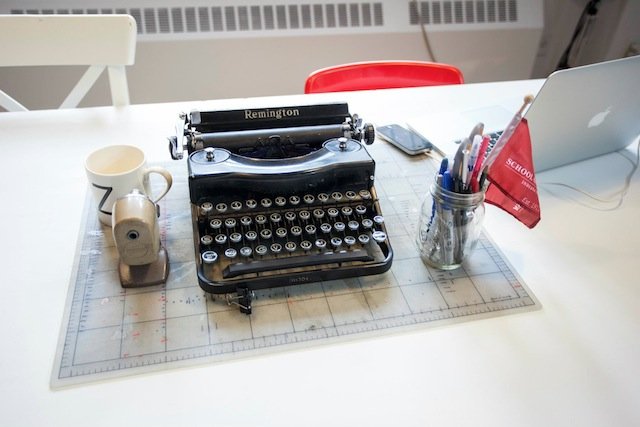 What do you think of this chic Brooklyn apartment? Let us know in the comments below!

*All photos by Zach Hetrick