Broke Fashion: All Black and a Brand New Bike 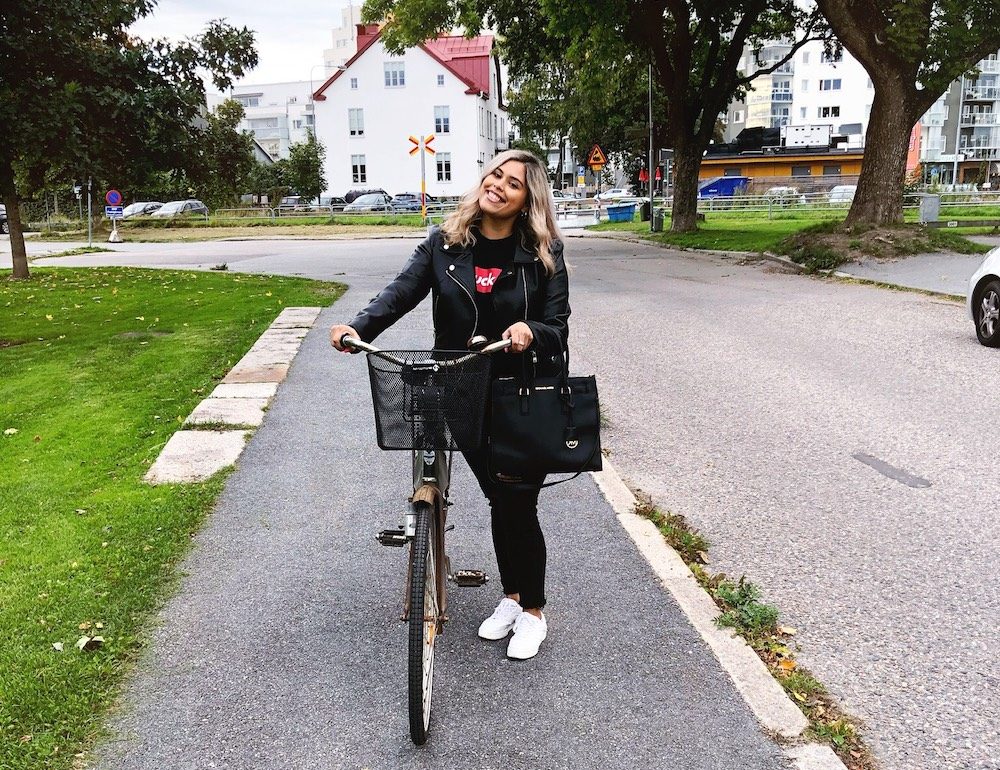 Even though it’s getting cold and dark here in Örebro, Sweden, I’m still loving it here; and that’s saying a lot (because I hate the cold). Before arriving to this city, I thought the weather would be comparable to the weather in New York City, but it’s very different. It’s early October and the temps drop to about 29-37 degrees fahrenheit in the evening (brrr). Örebro is at the same latitude as Juneau, Alaska, so fall is very short lived here, and it feels like winter from mid-October until May. The leaves are already a beautiful orange and red, and it happened overnight. After speaking with my friends and family on the East Coast of the US, they told me that the temps are still pretty warm and the leaves are only starting to change.

Anyway, despite the quick change in seasons, I decided to do a scary (to me) thing and buy a bike. I have always loved riding bikes and I’m a hardcore spinning fan…I give FlyWheel sports way too much money when I’m in New York. However, I was hit by a car a few years ago, and my anxiety has really affected my ability to feel comfortable being close to cars in that way. To this day, I would never ever ride a bike on the streets of New York City. While there are bike lanes, cars do not respect them in anyway, and you find cars idling in them all of the time; even police officers. Not okay!

However it’s different here in Sweden; I actually feel safe in the bike lanes. Especially since there is almost always a large barrier between you and the cars. Drivers also have mad respect for pedestrians and cyclists here. Cities and towns actually make driving a huge hassle; parking is hard to come by, and when you do find it, you have to pay for it. Even though Örebro is a small city compared to Stockholm.

Cycling is just a part of the culture here; everyone rides a bike to get around. From young kids all the way to the elderly, it’s very nice to see. I felt so left out, that I decided to buy a bike two weeks ago, and I’m so happy I did. It’s something I should have done my first week here. I bought it at a used bike shop for only $90.

As my shirt says…FUCK…I bought a bike. Check out my new bike and my all black outfit, below: 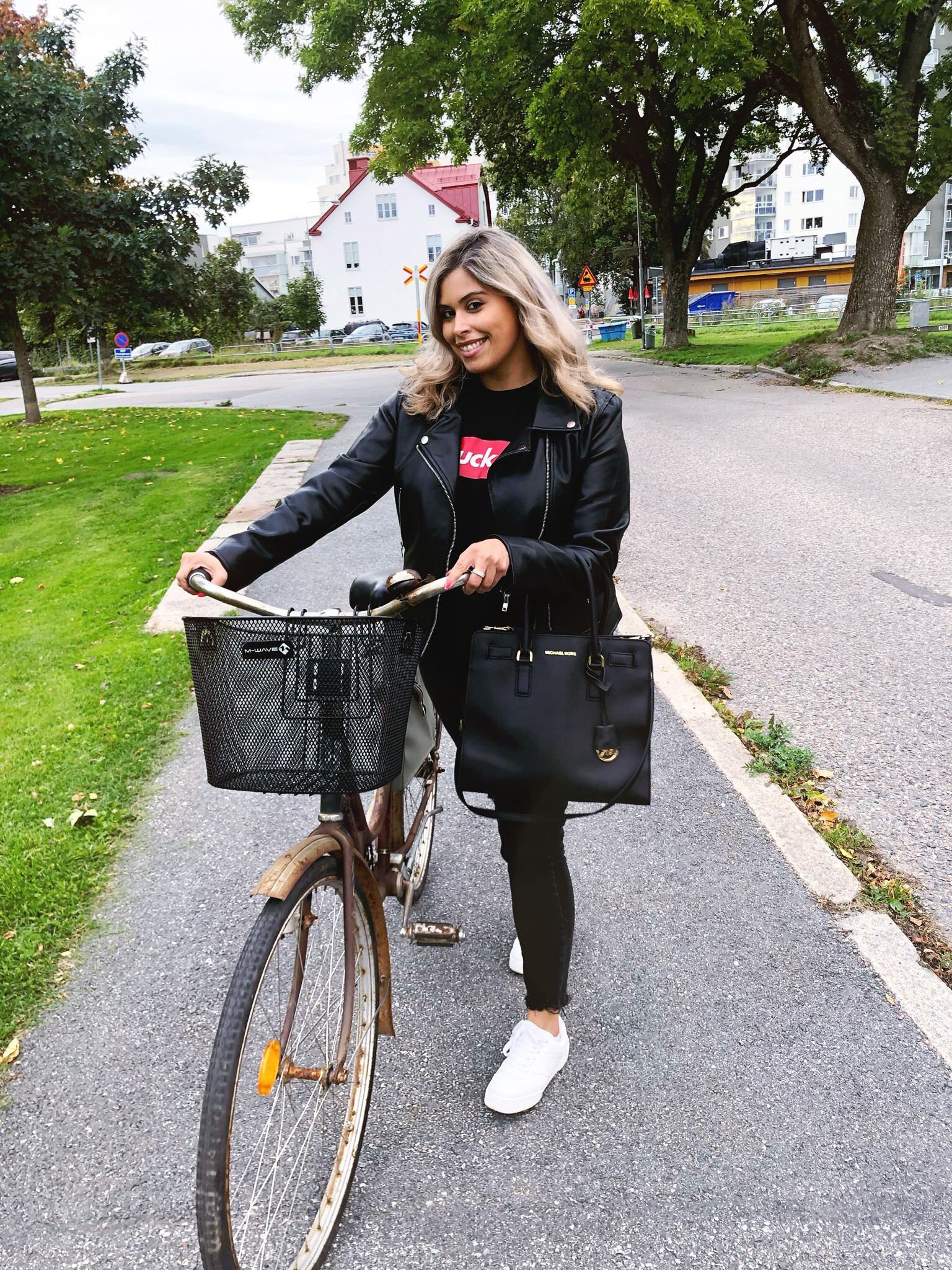 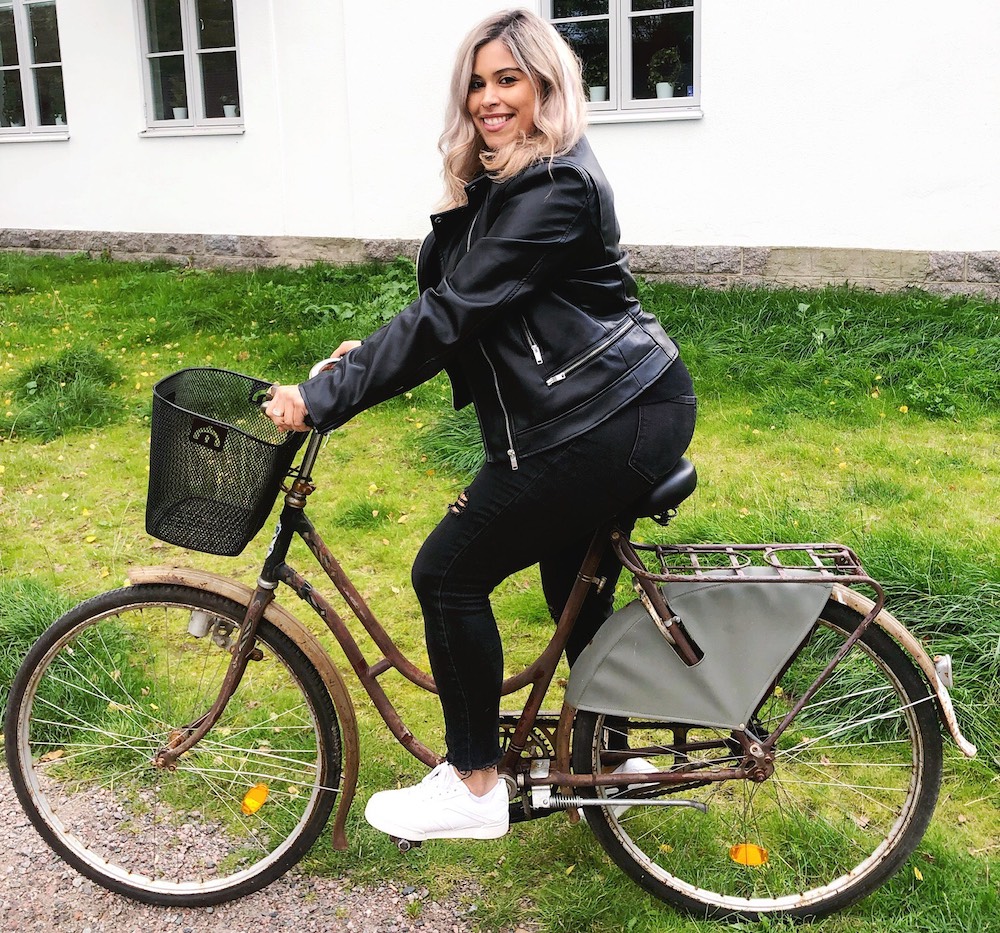 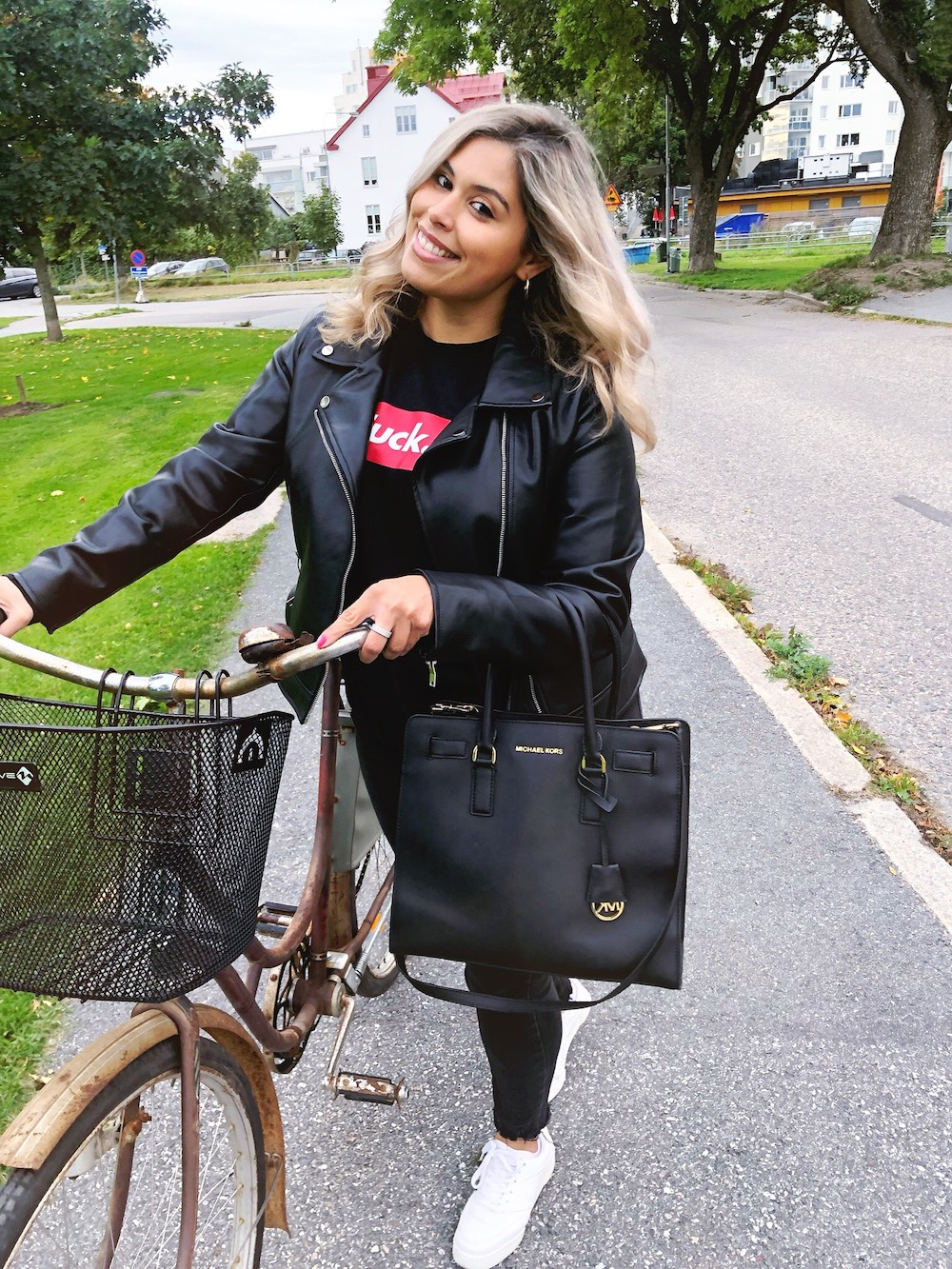 Do you use a bike to get around? Let us know in the comments below!