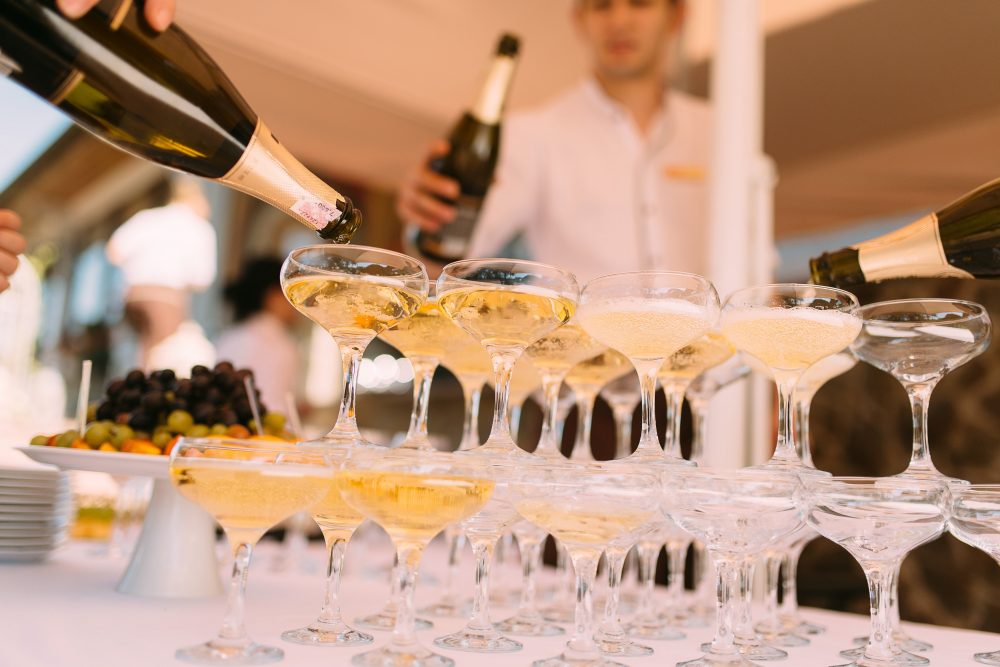 Pairing food with wine brings out a new degree of flavor, which has made sparkling wines increasingly popular. During the second fermentation of sparkling wine, the carbonation process causes the bubbles that have led to the term “bubbly.”

Unfamiliar drinkers frequently use champagne and sparkling wine interchangeably because they do not understand their subtle differences. Both have bubbles, so what else makes them distinct from one another?

What Differentiates Sparkling Wine from Champagne

What is the primary distinction between sparkling wine and champagne? Champagne is a variety of sparkling wines distinguished by its origin, the Champagne region of France. Although it may appear to be a minor detail, understanding the place of origin of your wine is critical, especially when discussing champagne.

Secondary fermentation distinguishes sparkling wine from other varieties. For bubbly wine to be safe to drink, it has to undergo two separate processes.

Champagne is typically produced using the classic process, in which the wine is aged in oak barrels for 15 months before being fermented in the bottle with dried yeast. Generally, the base wine undergoes a second fermentation within the bottle. The final product is the familiar and beloved carbonated beverage with a stronger and more aged flavor.

Eugene Charmat, who developed and patented Federico Martinotti’s method, gave his name to the Charmat method, which includes carbonating the wine in big steel containers to capture the bubbles.

Creating sparkling wine using the Charmat process is initially compared to the traditional method. The base wine will be fermented in oak barrels for months or possibly years. The liqueur de tirage, or wine blended with sugar and yeast, is then transferred to a big stainless steel pressure tank.

While the yeast initiates the second fermentation by consuming the sugar with the wine, carbon dioxide is forced into the bottle under pressure to create a carbonated beverage. Due to the lack of aging, wines produced using the Charmat method have a fruitier flavor than those created using the standard approach.

According to the experts from Village Warehouse Wine and Spirits, an Avon liquor store, even if champagne is the most often consumed variety of sparkling alcoholic drink, other options are equally tasty and accessible. There are various kinds of bubbly, each with a unique flavor and quality depending on the region of origin.

This sparkling wine’s name is derived from the Italian town of Prosecco, where it was initially produced. It is probably tied for second place in popularity among these sparkling alcoholic drinks.

This traditional bottle of sparkling wine is produced in Burgundy, Limoux, and the Loire. Cremant is distinguished from other French sparkling wines by its creaminess and overall nutty flavor, which lies behind the fruitiness and acidic flavors of the grape variety used to produce it.

Rosé is famous for its distinctive pink hue, which changes in intensity based on how much black grape skin is used in the blend. Rosé is often made without the sparkle, although the bubbly kind is more popular and on-trend.

This German sparkling wine is renowned for having a low alcohol and sugar level. Sekt has floral fragrances and can be manufactured with alcohol levels as low as 6%. Winemakers can manufacture Sekt using either the traditional or the Charmat method, unlike the French varieties of wine.

The region of Catalonia in Spain is essential in producing this unique sparkling wine. Macabeo is a grape grown in Spain and is historically used in cava production. It has a flavor profile that is generally tart and fruity and is famous for having a floral scent.

It is frequently paired with red wine at upscale restaurants, but a sparkling alcoholic beverage can also work beautifully. This sparkling wine’s crisp, tart flavor can complement the steak’s delicate earthiness and smokiness.

Adding a glass of your favorite sparkling alcoholic beverage to this dish elevates it from simple to extraordinary. Fried chicken and a chilled bottle of sparkling wine may seem odd, but they work well together.

If your bottle of wine was produced using the Traditional Method in Champagne with grapes from the Champagne region, you are drinking champagne. Whether you are sipping sparkling wine or champagne, you are enjoying one of the world’s most versatile beverages. From breakfast to dinner, fiery cuisines to sumptuous desserts, and everything in between, sparkling wines pair nicely with virtually any dish.