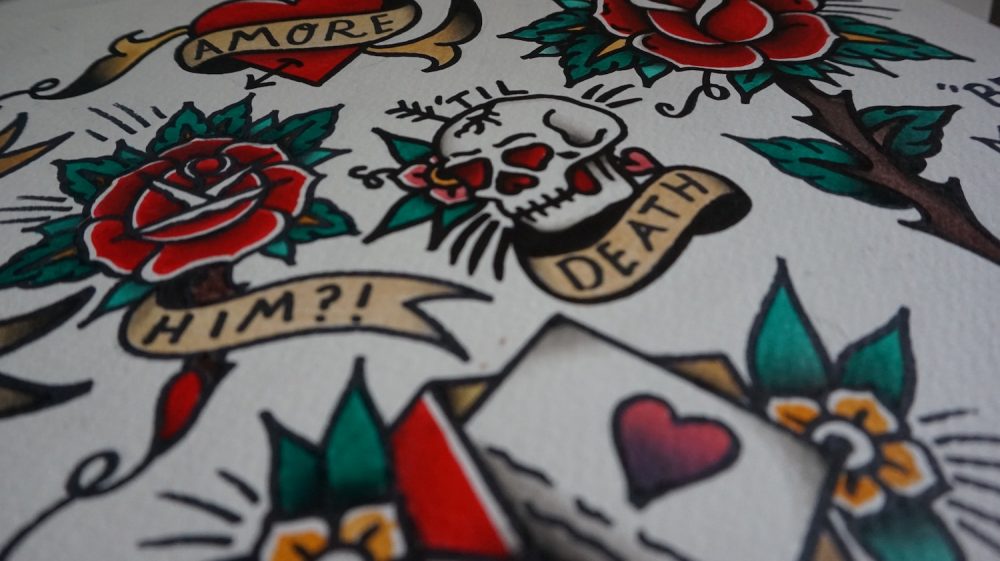 Thinking about getting a tattoo? There are so many different designs and styles to consider before making the decision.

If you’re looking to get into tattoo designing or you want to get a tattoo yourself, you need to know these classic motif styles. These tattoo styles are classics and are popular around the world:

Japanese tattoos are some of the oldest tattoos. The bold ink colours in their designs make them the most distinct. That said, you can also have these tattoos done in the more traditional blacks and grey hues.

The most popular Japanese tattoos are the Koi Fish, Dragons, and Geishas. Dragons portray a sense of power and strength, a Koi Fish tattoo acts as a good luck charm and symbolises perseverance, while Geisha tattoos are a symbol of divine beauty.

These Japanese tattoos are large and are predominantly found on legs, arms and backs.

Traditional American tattoos feature bold outlines and a simple colour palette. Examples of tattoos in this category include:

Black and grey tattoos create any design using different shades of black and grey. The combination of shades makes the tattoos look 3D and realistic.

Realistic tattoos are also used to portray anything in a very natural form. They can be done in colour or black and grey shades. It’s a perfect tattoo to draw attention and emphasise something.

The portraiture motif is like realism. It involves portraits of people in their most natural form. The portrait tattoos can be done either in black and grey or in different colours.

Geometric tattoos create a sense of mystery and optical illusion. They combine lines and shapes to bring out the desired design. You can also combine geometry with natural elements and floral arrangements.

Tribal tattoos are created using black ink and have thick lines that stand out. There are different tribal designs depending on their culture of origin. Each culture places significance on its tribal tattoos.

The different tribal tattoo cultures include:

This is where you can have initials or one or more words as your tattoo. You can use Latin, Arabic, Cyrillic, Japanese, or any other language of choice. In the past, sailors used script tattoos to mark important dates.

Blackwork tattoos feature thick bold lines that combine geometric and tribal designs. You can only use black ink on these tattoos. Also, there is intense shading within the structure.

The artist tattoos many single dots to create an image. This gives the image a unique appearance. Black and grey are the most popular in dotwork. However, artists also use dark blue. It is rare to find bright colours used.

These are the most common classic style motifs you need to know. Learn more about them individually to understand them better.