Different Ways You Can Indulge in the Mid-Century Modern Trend 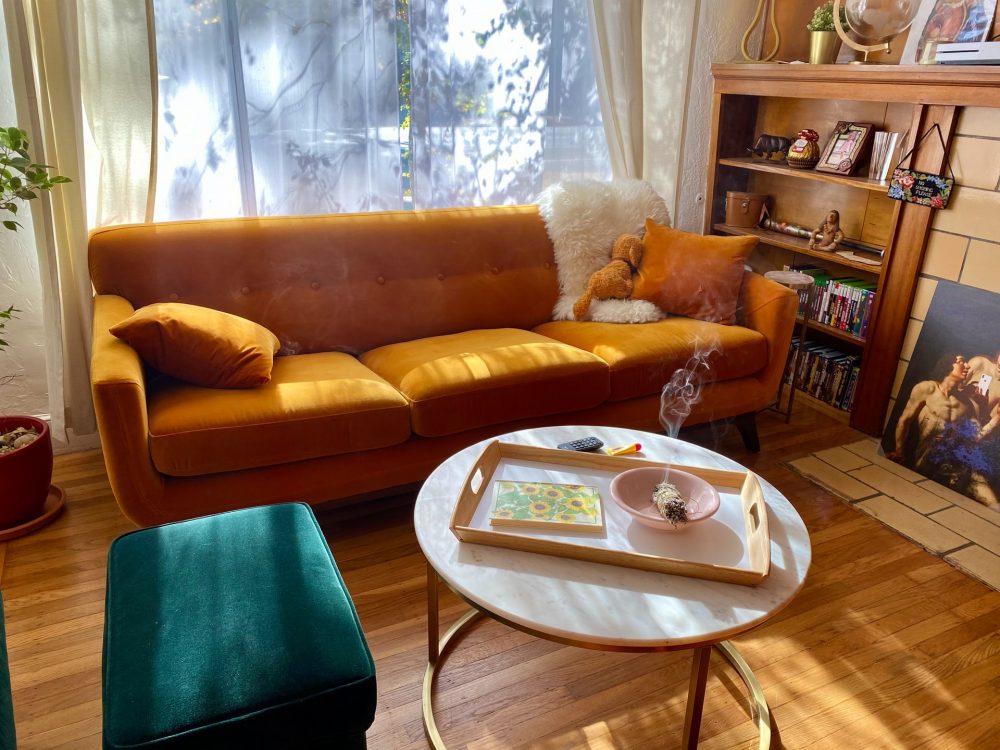 Mid-century modern furniture can fill every part of a home effortlessly while exuding a sophisticated vibe.

Mid-century modern seaters include sofas, ottomans, stools, dining chairs, lounge chairs and armchairs. The sofas of this design have a silhouette of straight lines and curves in geometric shapes—for example, a box-shaped three-seater sofa covered in leather with wooden pole-like legs only visible underneath. The fabric would be in solid colours, in muted hues with profound undertones, like a deep emerald green. When the fabric catches the light, it will look like an art piece of luxury and sophistication.

Mid-century modern ottomans and stools follow the same theme, with their cushion fabrics being the statement piece. This design of furniture is sleek; no accoutrements like carvings or engravings will ever be found here. The fabric may also have stripes or checks following a straight line that add a bold character to the piece. Mid-century modern armchairs and lounge chairs also lack extra adornments or designs, letting the entire piece speak for itself. They sport a simple and minimalistic wood structure, with upholstering adding to the sleek style.

Mid-century modern dining chairs stay within theme, with the comfortable cushion being the centrepiece. The cushion fabric will complement the colour. For example, velvet fabrics are usually found in jewel tones. The chairs will also complement the accompanying dining table, which will boast the same simple yet classy wooden structure, consisting of straight lines.

Several people may find mid-century modern tables to be somewhat lacklustre. But their silhouettes add a dynamic quality to the entire look of the interiors. Straight lines immediately draw and guide attention to a specific direction. Using these, the decorator could cue in the viewer’s sight direction in a specific order. Mid-century modern tables include dining tables, coffee tables, office tables, and bedside tables. The tables only vary in size and shape, but otherwise, their design elements are uniform. While this may seem dull, their lined silhouettes often add character to interiors.

Mid-century modern tables are sleek and basic but exude class in a nude style. The tables are basic wooden structures, with the furniture silhouette being the centre focus of the design. Curved legs or curved poles may add to the silhouette, but only subtly, the lines taking precedence and drawing attention. These minimalistic yet bold designs stand out in every manner.

Another substantial part of furniture includes the lighting fixtures. These include wall lamps, table lamps, and floor lamps. Lamps mostly bear a straight and thin support beam. They have boxed-shape lampshades, which is mirrored by the base, completing the design. These lamps throw light at angles, adding a dynamic end effect.

People wanting to incorporate mid-century furniture or designs in their homes should consider including some of the above elements in the interior decor.