Here’s Why You Need Ceiling Fans 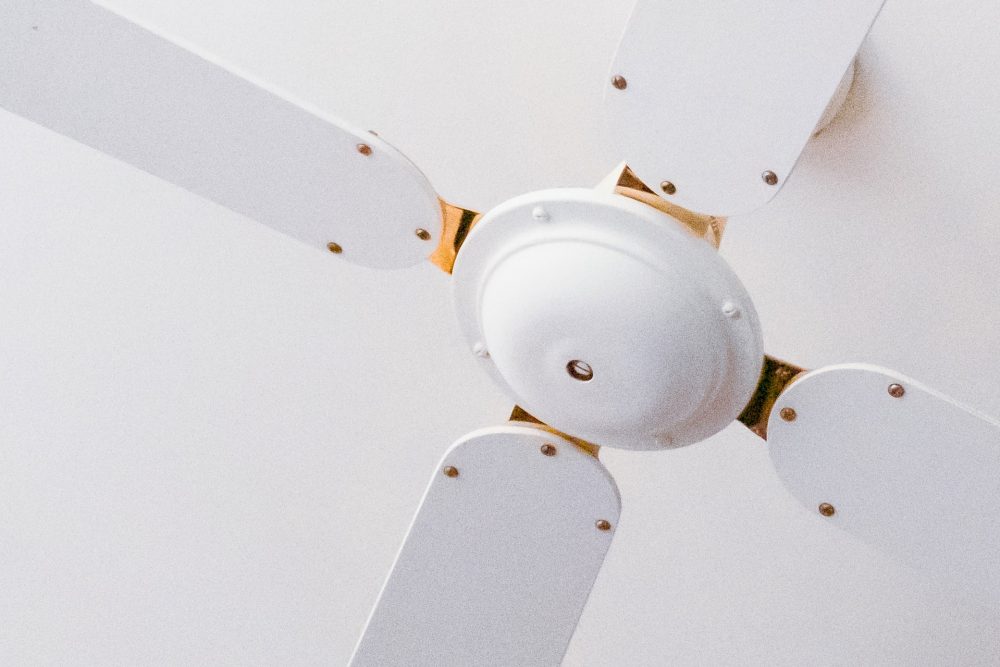 Are you looking for an affordable and sustainable way to control the climate inside your home? A few ceiling fans could be just what you need.

Ceiling fans come in a wide range of modern designs to match every decor, so you needn’t get stuck with some old lady’s version of a ceiling fan (rattan and wood, anyone?). Ceiling fans are cheap to run. They can cool off a room in the summer and warm up a room in the winter. You can get a fan with all kinds of features, even smart connectivity. Ceiling fans can offer indoors and outdoors climate control, and they can help you lower your carbon footprint. Here’s why you need some ceiling fans in your home.

Fans These Days Are Stylish

Interested in the functionality of a ceiling fan but not in hanging up something that looks like your grandmother picked it out? These days, homeowners have a wide range of fan designs to choose from. You might settle on something sleek and modern, with clean lines and only a few blades. Or perhaps your style leans more toward the industrial or steampunk aesthetic, and something with nine blades or a blade cage catches your fancy. Maybe you want to maximize air circulation with a dual ceiling fan. Maybe you’re looking at rustic ceiling fans to match the aesthetic of your hunting cabin. There is seemingly no end to the design options available for ceiling fans today.

They Come with Lots of Cool Features

In the old days, ceiling fans only came with a couple of features. There might be pull-chain controls, a motor reversal switch, and a light fixture. You had to be able to reach the pull chains in order to control the fan, or you might be able to control the fan from the wall light switch.

These days, you have more options. Light fixtures and motor reversal switches are still important basic features, but now you can get fans with wireless wall controls so you don’t have to do any extra wiring to control your fan from a wall switch. You can even get smart fans that you can control from your smartphone or via your smart home device.

Ceiling Fans Are Cheap to Operate

It costs about $0.004 cents an hour to run an average moderate-wattage ceiling fan, which has a wattage of 31.1 watts. That adds up to $1.94 a month, if you leave the ceiling fan on 24 hours a day. Because of how little power they draw, ceiling fans are far more energy efficient than central air or window air conditioners. Using ceiling fans and turning up your thermostat in the summer can significantly reduce both your energy costs and your carbon footprint.

Of course, ceiling fans are well known for their ability to make your space feel cooler in the summer. While ceiling fans don’t actually make it cooler, the breeze they create can make it feel several degrees cooler.

Ceiling fans are useful for climate control in the winter, too. In the winter, warm air from your vents drifts up to the ceiling, where it can’t do a very good job of keeping you warm. Reverse the direction of your fan blades in the winter and run the fan to push that warm air back down from the ceiling, to where it needs to be to keep you cozy.

Add Air Circulation Indoors or Out

Ceiling fans can make things feel more comfortable in indoor and outdoor spaces. Outdoor ceiling fans are great for areas like covered porches and patios, where people will want to congregate outside. If you’re looking to install a ceiling fan outdoors, however, make sure you get one that is rated for outdoor use. Outdoor-use ceiling fans are made to be water resistant, so that moisture from the elements can ruin the fan blades or seep into the motor housing and foul the engine. If you live in a coastal or island environment, look for ceiling fans that are marine-rated, so you know they can withstand the corrosive effects of salty sea breezes.

Ceiling fans are the perfect solution for any homeowner that’s appalled at their heating and cooling bill but doesn’t want to sacrifice comfort to cut costs. Install some ceiling fans in your home today. You’ll be pleasantly surprised at how much of a difference they can make to your budget and your lifestyle.