How the American Dream Is Keeping Us Broke

Our grandparents grew up in a time when you had to learn to be resourceful.

So where did we go wrong? Research from Ohio State found that people in their late 20s and early 30s carry significantly higher credit card debt than older generations, and tend to pay it off slower.

Much of this can be attributed to the rising costs of education, but the bigger problem, in my opinion, is our generation’s fear of looking cheap.

Success is naturally equated to wealth, and no one idolizes someone who isn’t successful. The younger generation adores ultra-rich celebrities, and this has only helped to morph the “American Dream” into a whole new level of status and luxury we all think we can achieve.

In pop culture today, having the appearance of wealth trumps actually having any money. We see rappers in chinchilla jackets popping Ace of Spades champagne in their videos, not driving a Toyota and having game night in with their friends. Kanye said it best: “What you think I rap for, to push a fu@#ing Rav4?” What needs to be understood, though, is that people who are really wealthy actually attribute their frugal habits to getting and staying there.

The number one quality of successful people is living below their means: For example, there are 1,138,070 millionaire households living in homes valued under $300,000, yet at the same time, 86% of people driving the most expensive “status” cars are non-millionaires.

Most people who actually have money are not scared of seeming cheap—that’s how poor people think, and it keeps them poor.

We need to remember that banks won’t approve us for a loan just because we’re carrying a Chanel purse.

Why ‘Cheap’ Isn’t an Insult

I’ve lived in New York City—a not particularly inexpensive city—for nine years, and I saved almost a half a million dollars before I was 30. I didn’t create some stupid app that I sold for a bunch of money—I was a waitress and a model. I wasn’t even a big model. Not even close, actually … I mean, I’m not ugly or anything, but you get the point.

I lived in an affordable apartment, I never took taxis, and I never feared being labeled as cheap. Did people call me that because I always looked for better deals and watched my spending? Sure, but while they racked up debt in an attempt to show everyone how well they were doing, I was putting myself in the position to have the money to invest in my future.

Who knows—maybe this is what the future will be: Those who know to sacrifice will be the ones who ultimately live in comfort, and those who feared looking cheap while rocking Louboutins and Gucci loafers will be forever unable to move out of their parents’ house.

Where will you be? 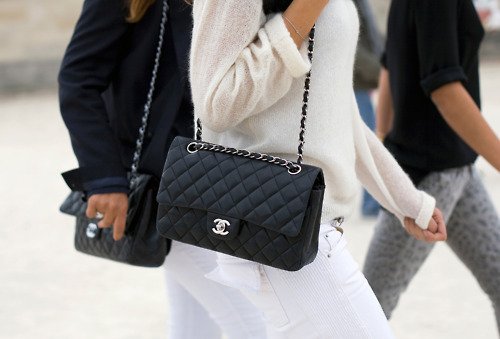 This post was by Ashley, a model living in NYC.  Love reading other people’s financial tales? Check out more great LearnVest-exclusive personal stories.