How To Survive Your First Trip To New York City 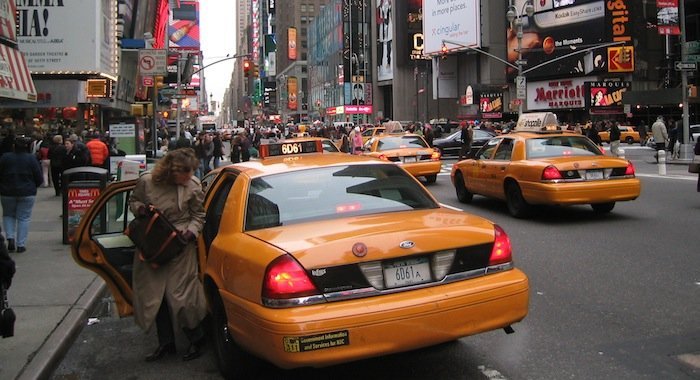 New York City is a beautiful place filled with wonder, excitement and opportunity — the list goes on and on. Before moving here I used to look at New York as big, overwhelming and scary. It’s still big, but it is no longer overwhelming or scary, mainly because I know the do’s and don’ts.

As a tourist, I used to think all of NYC was like Times Square — it’s so not! Here’s a guide on how to survive your first trip to the Big Apple:

Everyone has to see it once, but don’t go believing this burnt toast-smelling, loud, obnoxious, expensive, dirty and hectic place is what all Manhattan is like. Go see a Broadway show, take a few pictures in front of all the big lights, and then get out of there!

I used to live in the center of Herald Square not too long ago, and what I hated the most about it was how expensive all the bad tasting food was (and the amount of tourists).

Sorry guys! But Times Square is filled with tourists. If someone is rude or obnoxious, they’re probably from a small town in New Hampshire (and they’re staying at the Holiday Inn on 31st and Broadway). 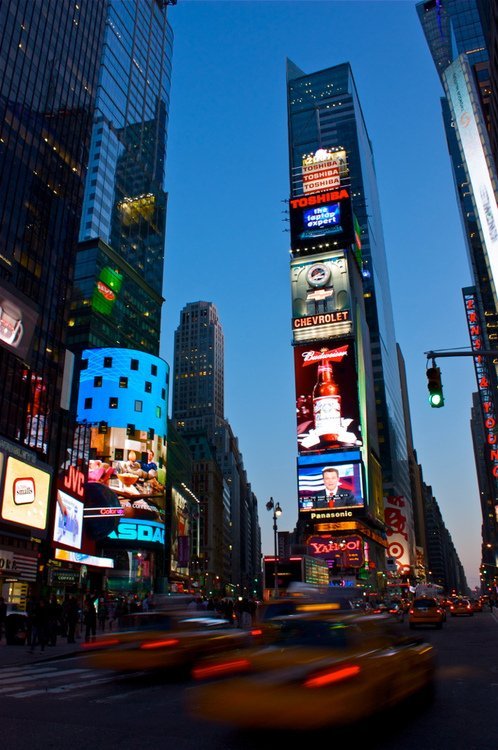 If you are staying in the Times Square area, make sure you don’t get ripped off on your food. Instead of spending all your cash at Ruby Tuesday’s or Planet Hollywood, head to one of these wonderful Midtown Manhattan restaurants for a more authentic experience that won’t break the bank.

For pizza, head to Vezzo on 31st and Lex. For brunch, head on over to Penelope’s on 30th and Lex, and for that Seinfeld-era lunch joint, head on over to Johny’s Luncheonette on 25th and 6th. For great coffee, take a trip to Stumptown in the Ace Hotel on 29th and Broadway. Happy dining!

2. Pass On The Right

We don’t drive here. Walking is our main form of transportation and so there are rules. Just like in a vehicle, always keep to the right. Similarly you can’t just stop out of nowhere in the middle of the sidewalk — taking up space and holding up traffic. If you want to pause and rest for a minute, just move off to the side. 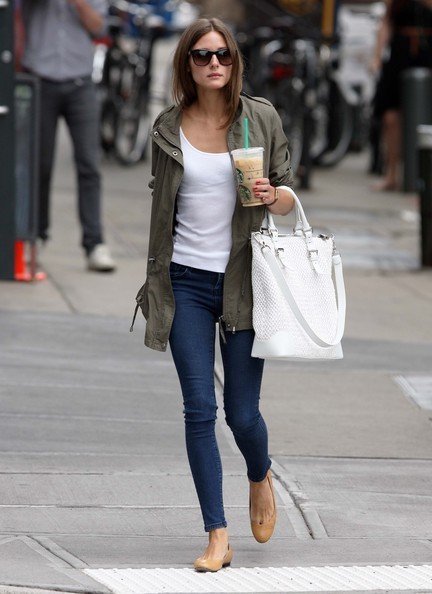 There is a time and place for flip-flops: the beach in the middle of summer. Your $2 Old Navy flip-flops are not meant for the streets of New York.

For one, you’ll be doing a lot of walking and flip-flops aren’t very good for your feet. Instead, you should wear a pair of something more comfortable, especially if you aren’t used to walking everywhere (hint: Converse and oxfords are a much better option). Secondly, it’s one of the most unfashionable things you can do in a city, sorry! 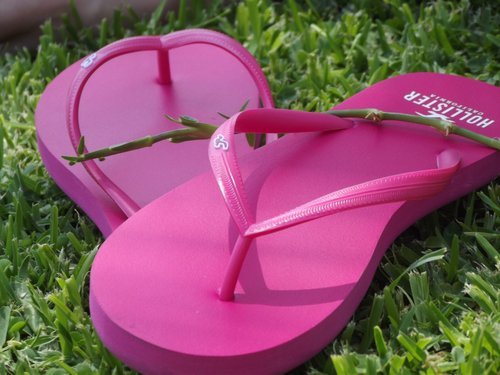 Brooklyn is a New York City borough that’s often overlooked by tourists. After all, it’s home to great thrift and vintage shops as well as a full frontal view of the Manhattan skyline…which is gorgeous!

Spend an afternoon thrifting in Williamsburg, shop in all the cute boutiques in Park Slope, eat at the famous Grimaldi’s Pizza in DUMBO, and sip a classic chocolate egg cream at the Brooklyn Farmacy & Soda Fountain in Carroll Gardens. Just like Manhattan, Brooklyn is filled with numerous neighborhoods, each with its own identity. 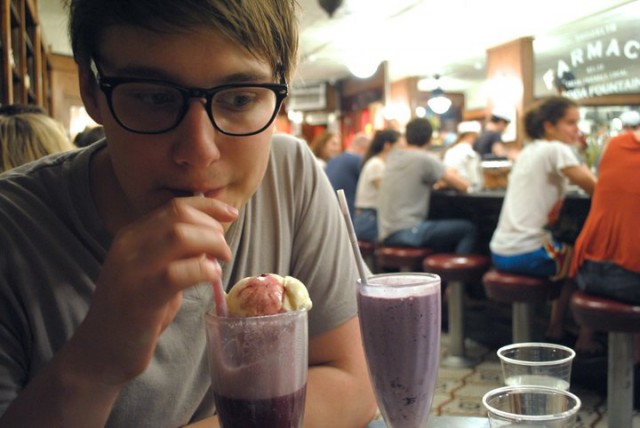 5. Visit During The Week

Visiting a museum or going shopping in Manhattan on the weekend is just as bad as going to Ikea on a Saturday…don’t do it! Also, many NYC museums have “pay what you want” days during the week. The MoMA is usually $25/person, however it’s free between 4-8pm on Friday’s. Do your research.

Now onto the shopping: Soho is a prime destination for tourist and residents alike. With affordable stores such as Necessary Clothing, Uniqlo and Forever 21, how can it not be?

But going into any store in Soho on a Saturday is just suicide. You’ll be standing in line for a full hour just to try on a shirt, and the crowd on Broadway will be ridiculous.

Instead, go shopping on a Monday or Tuesday in the late morning or early afternoon. The crowds won’t be so large and you’ll get better service. To avoid the annoying Broadway cattle walk, walk down Crosby St instead. It’s the street parallel to Broadway, which is much calmer and also the home of the famed Saturdays Surf.

Stand on the side of the street, look straight ahead and put your right hand up when cabs begin to approach. If a black cab stops, DON’T GET IN! Stick to the classic yellow NYC cabs only. I hailed a cab and made the mistake of getting into a black one, while going from 31st st to Union Square. The driver charged me $20, when a yellow cab would have only charged $4.50. If a black cab does stop, just wave him forward and keep looking.

Cab drivers also don’t know exact addresses — you have to give them cross streets. After hailing a cab, get in, shut the door, then tell them your destination. Lastly, don’t forget to tip your driver 15%.

If you want to avoid all this confusion, and don’t mind spending a little more, download the Uber app onto your phone. It’s a wonderful car service. 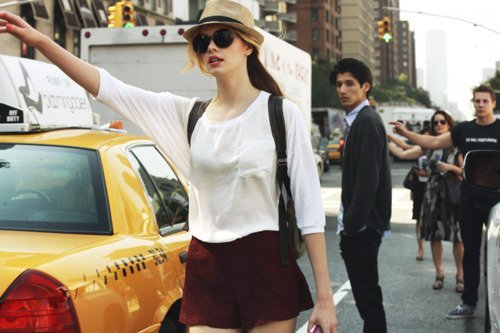 7. Take Advantage Of Your Smart Phone

Before arriving in NY, make sure you know how to use Google Maps. Also, download Yelp for finding restaurants fast, Scout Mob for discovering great food discounts and City Transit to navigate through the Subway system with ease. 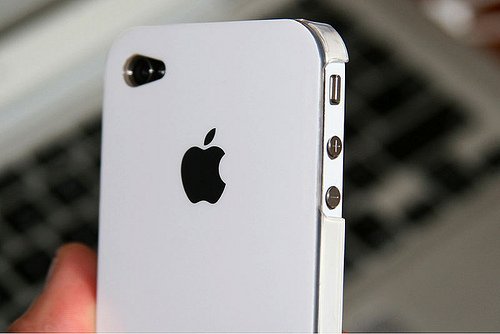 This is just a start. New York is an amazing place, and you’ll have fun and fall in love with it if you just follow my simple tips! Have you been to New York City before? If so, what are your favorite parts about it? Let us know in the comments below!