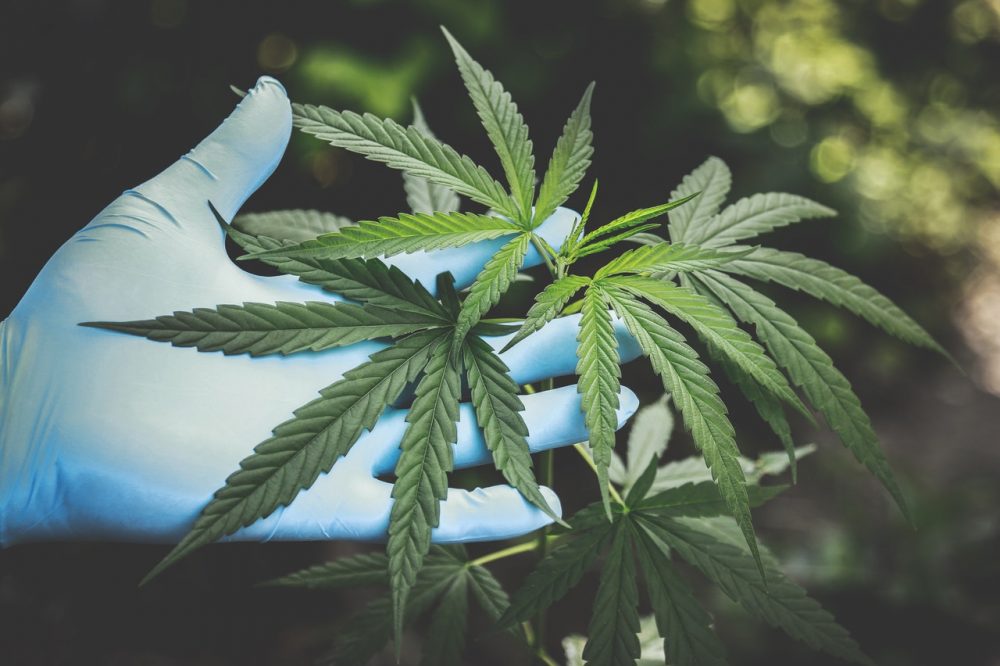 Determining the sex of marijuana plants is vital for cultivators who wish for dank buds at harvest time. Nature provides growers with male and female weed seeds—it’s up to you to ensure that you’re raising the right ones to fulfill your growing needs.

Thanks to many marijuana breeders, cannabis enthusiasts now have the luxury of choice. They’ve simplified the growing process for fans by creating female weed seeds (feminized seeds) for those wanting big yields of juicy buds. Regular seeds have a 50/50 chance of growing into male or female plants, so cultivators use these to create new strains.

Sometimes you have to purchase regular seeds because your desired strain is only available in this variant. The burning question is—how do you tell females from male weed seeds? Read on and discover how to conquer the male versus female battle on the growing floor.

How to identify male and female weed seed plants

Before getting into the “how to’s,” you need to know you cannot tell the difference between male and female weed seeds by simply examining a cannabis seed. The only way you’re guaranteed a 99.9% female growth is by specifically buying the feminized variant of your chosen strain from a reputable dispensary. Regular seeds produce a random mix of male and female crops.

Marijuana plants are either dioecious (male or female) or monoecious (hermaphrodite, also known as hermies). Naturally, a single cannabis plant possesses male chromosomes or female ones, making the dioecious species the most favored. No cultivator wants crops that hold both DNA, which we refer to as hermaphrodites.

Learning how to tell female from male weed seeds and spotting hermies is an important task performed by carefully inspecting your crops. You can tell by looking at the physical appearance of the plants. Check the nodes for male pollen sacs or two white hairs of the female. If a plant possesses both, you know it’s a hermaphrodite.

Alternatively, having your plants’ genes tested in a lab instantly provides results—pre-flower stage.

But where’s the fun in that?

The careful process of checking each plant to identify if male or female marijuana seeds produced your crops is a monotonous but educating exercise.

Get to know the anatomy of cannabis plants first. The area between the main stem and petiole—called the node—is where the reproductive organs lie. Allow your male and female weed seeds to grow for roughly six weeks before sexing them. Cannabis plants are similar in appearance during this time.

The crops produced from male and female weed seeds differ in physical appearance. These dioecious plants are taller with thicker and sturdier stalks and fewer leaves. There are ways to determine the sex of plants pre-flower stage, which you’ll read further down. If you’re inspecting your crop, look out for two little pollen sacs that grow from the nodes of cannabis plants.

These spade-shaped sacs hold the electrifying pollen that fertilizes female plants. Cultivators seeking a budding harvest dislike male crops for this very reason. Once fertilization occurs, the female moves her attention from producing those THC-rich buds you’re after and extends her focus on seed production.

Male plants transition into flowering before females, allowing you to detect their sex sooner—about 4–5 weeks after germination. Once you’ve identified the male from the female weed seeds and aren’t growing for cross-breeding purposes, remove them immediately.

So, how do you tell female cannabis seeds have produced female plants since there’s a 1% chance of males growing from feminized seeds? Besides the obvious shorter, fuller with more leaf coverage and bushier look of the crops—the node area holds two tear-shaped buds with semi-transparent hairs. These hairs are more commonly known as pistils or stigmas and have a v-shaped appearance.

The real function of these pistils is to catch pollen from the male plants—a natural reproductive process that benefits cannabis breeders. Cultivators growing for recreational purposes can’t have their females pollinated. The plants’ attention shifts to producing seeds, leaving you with a low-grade bud at harvest time.

Unpollinated female cannabis seeds are also called sinsemilla—meaning “without seed.” These are the types of crops recreational and medical growers are after. They mature into robust plants holding the resinous trichome-covered buds, rich in tetrahydrocannabinol (THC) for that psychoactive buzz you’re after.

Hermaphrodite plants have reproductive organs from both genders. Various factors encourage marijuana plants to become hermies—stress being the most common. Hermies don’t develop from male or female marijuana seeds. A female plant performs this “protective mechanism” to ensure her legacy lives on after unfavorable environmental factors try to kill her off.

The plant begins to develop the pollen-filled sacs to self-pollinate to produce seeds. As seasoned growers know, cannabis plants are a pleasure to grow but are very particular with their maintenance needs.

Once a female crop determines any of the following, it stresses them out, and it retaliates by developing those male reproductive organs:

Look out for pollen sacs, v-shaped stigmas, and anthers (also known as bananas or nanners) on hermie plants. You’ll notice the anthers along the bud sites—they’re curvy in shape, yellow or lime-green, and pollinate the female plant as soon as they appear.

Treat hermaphrodites the same as male plants—if you spot one within your growing space, remove it instantly.

How to identify female from male cannabis plants before flowering

Since the physical differences only begin to show a few weeks before flowering, adopting methods to detect male or female weed seeds sooner is helpful. Avoid the risk of male or hermaphrodite plants pollinating your females by sexing them before they bloom.

Below are three methods:

Large-scale cultivators use this method as it’s costly, but results are instantaneous. Performing a chemical method on leaf tissue by extracting DNA determines if they’re male or female weed seed plants. This testing is done as early as a week after germination when the plant presents its first few leaves.

Encourage flowering in a single node

Cannabis plants grown from photoperiod seeds rely on a change in the light cycle to begin flowering. Determine the sex of your plants cultivated from male or female marijuana seeds sooner by providing 12 dark hours. Adjust the light cycle from 18/6 (18 hours of light/6 hours of darkness) to a 12/12 schedule.

During vegetation, cover a lower branch of the cannabis plant with an impenetrable bag for 12 hours a day. It creates darkness and brings on flowering sooner to that section. Once the node exposes its buds, determine if they’re pollen sacs or female pre-flowers.

Induce flowering on crops growing from male or female weed seeds by covering an entire plant with a bag. Flipping the light cycle to 12/12 promotes flowering of the whole herb but takes up to two weeks to complete—setting you back in growing time.

Once the plants present signs of pre-flowering, you can detect which reproductive organ they hold. Applying either of the two early budding methods puts your cannabis plants into flowering sooner. As soon as you remove the bags, they revert to vegging with an 18/6 light schedule.

Remove males without fail if you don’t want them in your growing space. Their pollen travels up to a ten-mile radius and pollinates females within that area. Apply proper removal procedures when extracting them, and avoid shaking the plant around your females.

Two balls, some stigma, and a banana-like growth

There’s no debate about which is more popular between male and female weed seeds. Cultivators grow cannabis to create new strains or for their delectable buds. If you’re growing for recreational or medical reasons, there’s no room for the male counterparts to hang around. Early detection of their presence is vital.

Avoid stressing your crops out to prevent hermaphrodites from rising. Check for those pollen sacs and female hairs on the nodes of your cannabis plants grown from male or female marijuana seeds to tell the sex.

Don’t forget about the anthers around the buds—another tell-tale sign of a hermie. Got no time to wait until the plant decides to show you?—induce the flowering and get faster results. Whatever method you choose, remove those males before they start pollinating your females. Pick up a pack of marijuana seeds today to start growing and sexing your crops.