Laser Smooth: The Side Effects of Epilating 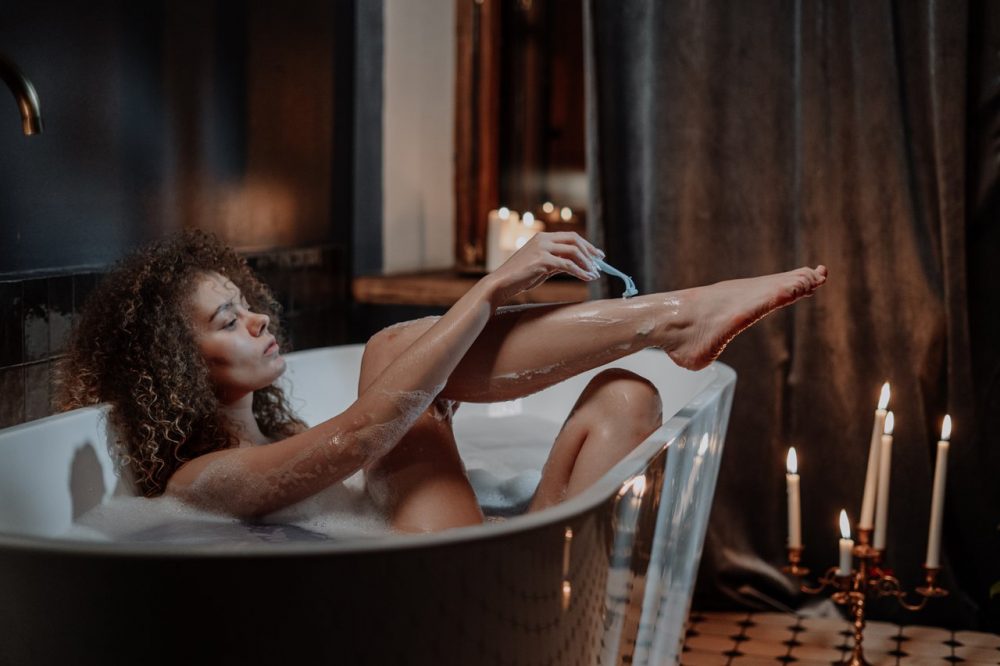 Epilating has become a favored method of hair removal among many women. In this article, we will take a look at the side effects of epilating.

It is very important to do your research before getting an epilator. This is a good idea if you want to avoid the common side effects of epilating by being prepared for it. Many of the absolute shambolic horror stories on the internet from epilating can all be avoided if they knew the information contained in this article.

So what exactly can you expect in terms of side effects when using epilators? The most common side effects of this form of hair removal are pain, ingrown hairs, swelling and redness. The other possibilities, which are more rarer in chances of happening, include bleeding, rashes, whiteheads etc.

While all of this can seem to be very overwhelming and scary, it is not inevitable that they will happen. There are a whole host of precautions you can take to make sure all of the above do not happen to you. In the following paragraphs, we will talk about the most common side effects of epilating and also discuss measures you can take to avoid them.

This is easily one of the most common side effects of epilating. We have to realise that Epilating is basically pulling out hair from their roots. The very nature of epilating is such that it is bound to be a bit painful. So the fact that this is the most reported side effect of epilating should come as no surprise to anyone who actually knows anything about epilating.

What you want to know and realize as well is that the pain, in general, goes away or drastically subsides after the first few sessions of epilating. People who have been epilating for a while will know what I am talking about.

Most long-term users can go through the epilating process without feeling much discomfort. The good news is that if you can bear the first few times of epilating, you will become a pro at it and not experience any discomfort.

Redness of the Skin

Whenever you epilate, you ought to be prepared for a bit of redness of the skin. The thing to note here is that it usually goes away after some hours have passed. The practical preventive measure that you can take to avoid red skin being a concern to you is to epilate at night, before you go to sleep. The skin will then have enough time to recover during sleep. This way, your red skin issue will be dealt with before it is time for you to go out into the public.

A lot of people have had the unfortunate experience of bleeding when they epilate. This has been widely reported and is one of the most known side effects of epilating. While the concept of bleeding is very scary and can turn people off of epilating, it is important to remember that this is an extremely common phenomenon and it is not something to be too worried about.

We also have to understand that each hair follicle is tied to a blood vessel. When the hair is pulled out of its roots, and especially when it is in the stage where it grows, a bit of bleeding is absolutely fine and normal. The body will usually respond very quickly in that it will swell a bit at the pore and cut off the blood flow. This is done so that bleeding does not go on for too long.

If you have experienced bleeding when epilating, it is very likely that it is a result of epilating areas with thick hair or in tight-pore areas. This includes areas such as the pubic area or the underarms.

Swelling of the Skin

As we have already covered, when a hair gets pulled out from the root, there will always be a bit of swelling of the skin so as to prevent bleeding. If the body of the person epilating gets too serious about the whole thing, they can then expect to have swells that are noticeable.

This side effect is mostly observed in the sensitive parts of the body such as the bikini areas or the underarms. It is important to mention here that swelling is perfectly normal and it should not take more than a couple of hours for things to go back to as they were before.

If we want to make the process go a bit faster and smoother, we can apply ice to the swollen areas for about 10 minutes at one go.

This is another extremely common side effect of using epilators and, in fact, all forms of hair removal. There are extremely few people who can epilate regularly and not have ingrown hairs. Ingrown hairs usually happen when the hair has difficulty breaking through the skin. This can be either due to the fact that the hairs are not growing straight or there are too many dead cells blocking them.

The side effects mentioned above are the most common ones of epilating. We have to mention here that almost all types of hair removal methods will have some side effects to it.

Have you ever had laser hair removal done? Let us know in the comments below!