Must-See Places in the Scottish Highlands 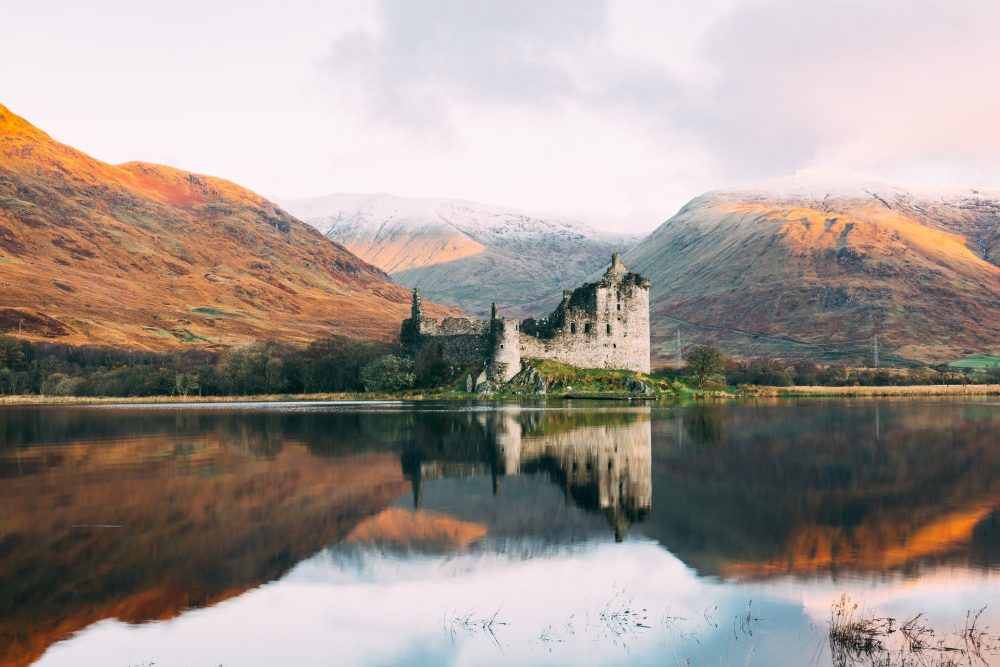 The Scottish Highlands have long had that air of mystique about them. Wild and wonderful is one way to describe the highlands of Scotland. An area of the UK that has been featured in numerous films mainly due to its outstanding natural beauty and rich history. An area of Scotland that is famous for its glens and mountains. The highlands is a sparsely populated area that was in olden times inhabited mainly by clans such as the MacDonalds and the Campbells, and as such was a great hiding place for those who rebelled against English rule from William Wallace to the Jacobites.

So, irrespective of whether you are a history buff, wildlife enthusiast or just someone who appreciates beautiful scenery the highlands of Scotland should be well up there on your list of places to visit.

So, if you are keen to visit the highlands but are not sure where to start, here are a few places you should ensure are on your itinerary.

I suppose Ben Nevis is the obvious place to start as the highest peak in the UK standing at 1,345 metres above sea level, it’s a place everyone should visit at least once. Ben Nevis was at one time an active volcano but is now extinct. With a summit covered in snow Ben Nevis is an imposing sight. If you are feeling adventurous you can walk all the way up to the summit during which you will benefit from some stunning views of the region’s lochs, forests and glens. Alternatively if you are inclined to be less energetic you can admire the mountain from nearby Fort William.

Glen Coe is without doubt the most famous glen in Scotland and not just because of its picture postcard scenery. Glen Coe has featured in a number of blockbuster movies including Daniel Craig’s ‘Skyfall’ and at least one of the Harry Potter movies. Glen Coe is one place you must put on your itinerary if you visit the highlands because when you go there it is truly awe-inspiring.

The Isle of Skye

The isle of Skye is thought of by some as the most beautiful place in Scotland. The island is around 50 miles long and is littered with wild and windy moors, mountains that rise from the landscape and shimmering lochs. The Isle of Skye is the largest of the inner Hebridean islands and is a perfect destination for wildlife enthusiasts as sea eagles, otters, seals, dolphins and red deer can all be found either on the island or in the surrounding waters. Skye is also popular with walkers and climbers as there are many trails on the island that are suitable for both experienced walkers and novices alike.

Unreachable by road, Loch Nevis is one of the last true areas of wilderness in Europe. Loch Nevis is located right at the southern end of the Knoydart peninsula in an area that has no actual roads. So, why not seek out your inner explorer, get on a boat, and visit Loch Nevis—you definitely won’t regret it!

For anyone wanting to see a traditional Scottish fishing town then Ullapool should be at the top of your list of places to visit. In Ullapool you can see both traditional Scottish Crofts along with fishing boats sailing in and out of the port. Situated on the banks of Loch Broom it is the home of the Loopallu festival which has featured such world renowned artists Mumford and Sons, The Levellers and Paulo Nutini.

These five suggestions literally just scratch the surface of some of what there is to see in the highlands, so even if you were only thinking about visiting the big city why not make use of the affordable Edinburgh car hire and set off and explore what many consider to be the real Scotland.