On Our Radar: the Wallet Wand Transforms Your Wallet into a Purse 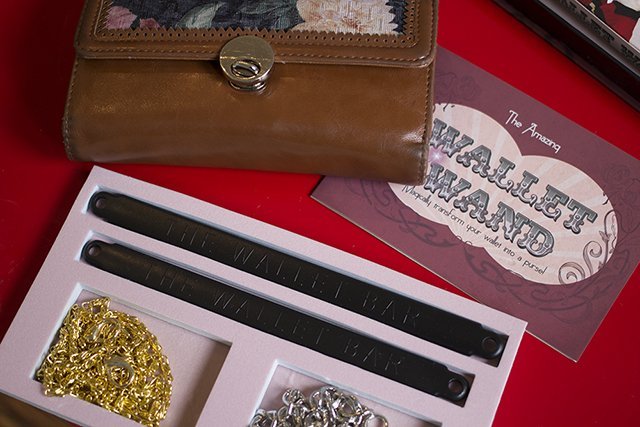 We’re all busy, and so it’s not hard to fall in love with anything and everything that makes our lives easier. That’s why we’re featuring a brand new product (it launched December 2012) that magically transforms your wallet into a purse! Let us introduce you to…The Wallet Wand.

It’s perfect for when you don’t want to deal with all the pointless stuff in your oversized bag. We’ve used it for weddings, dates and even the movies. The Wallet Wand could also make a great gift — perhaps for Mother’s Day?

Here’s the best part: it’s only $20 and it comes with both a silver and gold chain. Definitely think about purchasing this gem before the summer season hits. 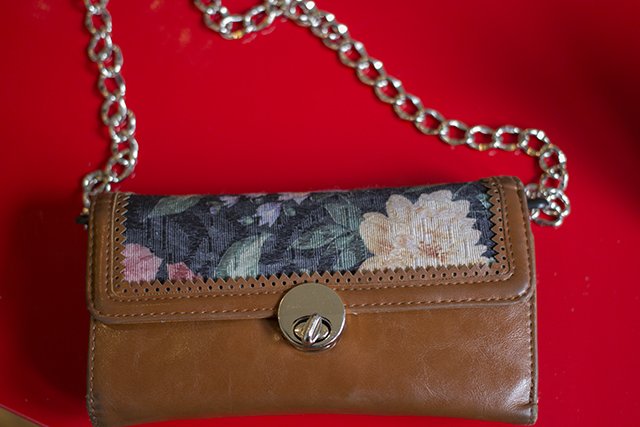 The Wallet Wand was created by Jamie Gaerlan, a West Coast girl who hated carrying around large, oversized purses. We at Broke & Chic love it when people (especially women) turn their ideas and dreams into a reality. Check out our one-on-one interview with Jamie below to learn not only how she came up with the idea, but how she turned it into her full-time job! 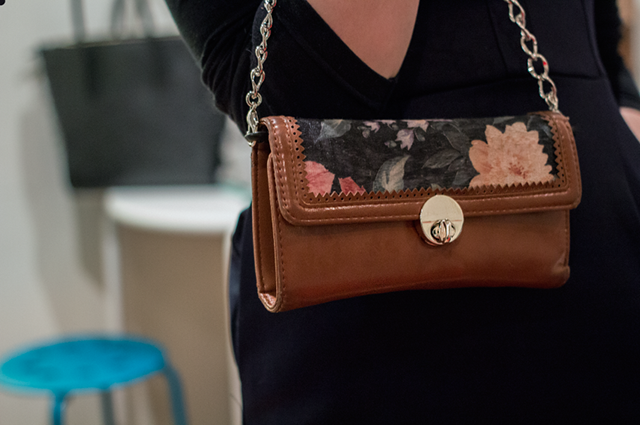 Broke & Chic: How did you come up with the idea for The Wallet Wand?

Jamie: My closet is filled with oversized purses, but I never fully clean them out before moving on to the next big bag. A couple of years ago, I started carrying around smaller clutches instead — less stuff you can accumulate and easier to keep clean. Unfortunately  little purses that are actually stylish don’t usually organize your necessary cards and ID’s, so eventually I started carrying just my wallet.

It takes just one time to set your wallet down and forget about it for you to remember why you always keep it in a bigger handbag. A strap makes things easier, but most wallets don’t have them. This led to the creation of The Wallet Wand!

B&C: After you came up with the idea, what was the next step? How did you make it a reality?

J: After realizing what was needed, I just had a feeling it was that big “Aha!” idea. I set to work designing and asking other people’s opinions along the way. All the design and manufacturing steps between having the idea and getting to a packaged product actually seem to have just happened naturally because I really believed in the idea.

B&C: Will it be available in stores in the near future?

J: I hope so! I’d like to see The Wallet Wand with collections of straps and chains available to everyone. We’re currently contacting stores and designers in addition to trying to get the word out. Hopefully we can produce the buzz needed to attract stores to shelve the product.

B&C: Did you ever look at yourself as an entrepreneur before The Wallet Wand?

J: Actually, I did not. I have always found myself coming up with ideas, but I’d never brought any products to life until The Wallet Wand. Since there was nothing else on the market that provided the solution that The Wallet Wand does, it was obvious that I had to do it myself. 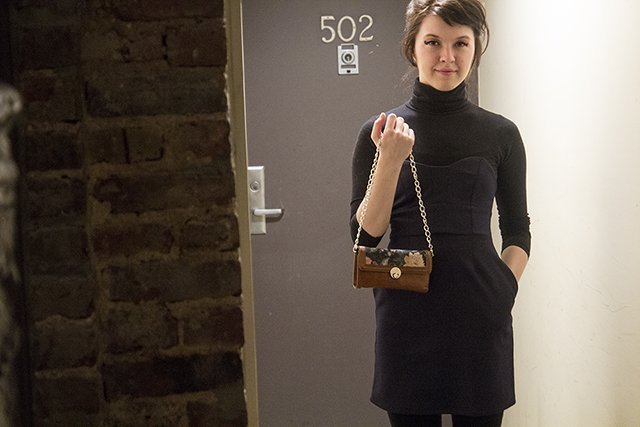 B&C: If you could offer one piece of advice for the budding entrepreneur, what would it be?

J: Just launch it. Of course, plan and build smart – but there are always going to be obstacles that will make you think you can’t do it. The fact is, you always can. You just have to stick to your plan and get it done. 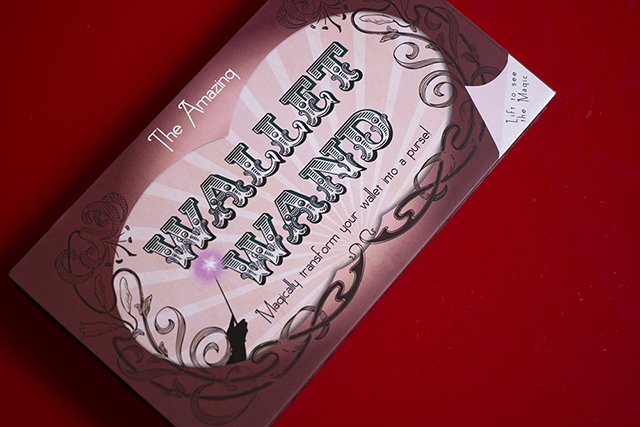 There you have it, if you have an idea, whether it be the next Instagram or fashion accessory…just do it! Don’t let anything hold you back.

Have you turned any of your ideas into a reality? Let us know in the comments below.