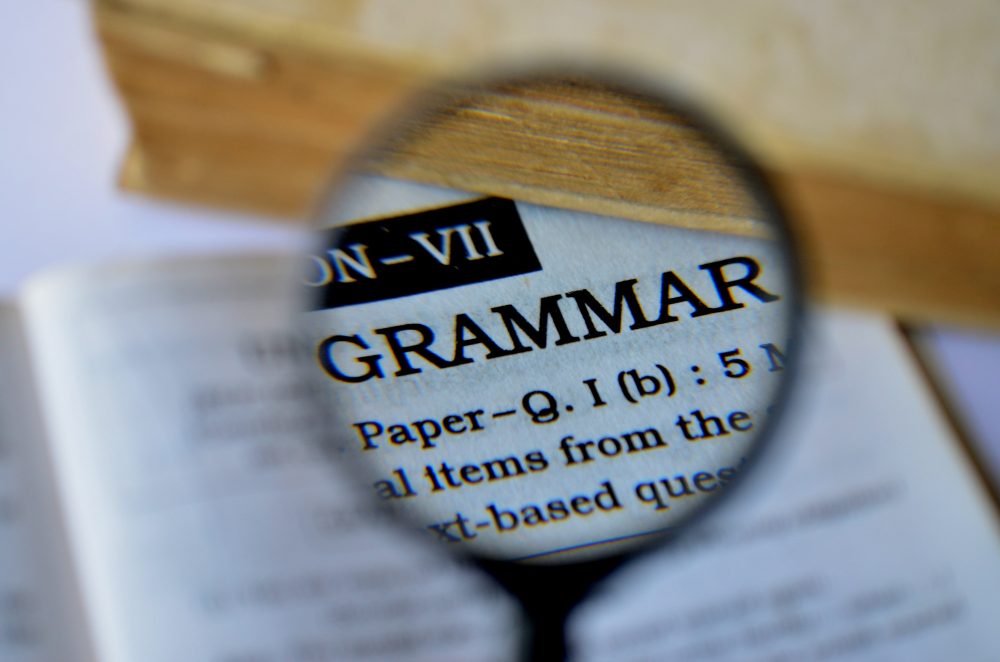 According to research, people who made fewer grammatical errors achieved more promotions and higher positions than those who frequently make grammatical mistakes.

If you think that you are often making spelling mistakes, it could be costing you a lot of money and a less lucrative future.

Studies show that incorrect punctuation and spelling can have a long-lasting negative impression on your readers. It can make you seem unintelligent, lazy, and people will not take you seriously.

So the problem is, how do you avoid making these little mistakes so that you can leave a lasting positive impact on your readers? The last thing you want to do is lose a prospective customer or client because of a spelling mistake.

Thankfully, we did the research for you. Keep on reading to learn the most common grammatical errors so that you can continue writing with joy and not lose out on any future opportunities:

If you write a sentence that includes an object, such as a noun followed by an action, you could be using passive voice without knowing it.

If you place the object at the beginning instead of at the end of the sentence, you weaken the potency of your grammar.

Here are a couple of examples of passive vs active voice:

Certain Chrome plugins or websites such as Grammarly and Hemingway are great tools to learn the difference between passive and active voice.

A majority of writers make the common mistake of using effect vs effect (or vice versa) when speaking of something under change.

The difference between these words is massive, what makes this even worse is that this is basic elementary grammar. This isn’t a power word or a fault of the English language, making this mistake is just plain lazy.

There refers to a place, they’re is a contraction for “they are”, and their refers to something owned by a group.

Here is a sentence with proper use of the words there, they’re, and their.

Their luggage is over there, but they’re too lazy to pick it up.

Check out the Fanboys acronym for easy ways to remember things like this.

This mistake happens more often than not, and it looks unprofessional and sloppy when it shows up. The word too describes “as well”, or “also”. Here are three sentences with each word used correctly.

Could you bring the apples, too?

The word to describes a direction, action, destination, or recipient.

Could you bring the baby to me?

She is going to Jordan’s house.

This grammatical error is a common mistake, and it is not very hard to correct.  The adverb then describes an action of time.

We ate the pie, then we ate some cake.

The word than is a conjunction that is used to make a comparison.

I liked my apple pie much better than yours.

Learn More About Grammatical Errors and How to Avoid Them

Grammatical errors can happen to anyone, even professional writers. The trick is to slow down when writing to make sure you are not making any major mistakes.

If you liked this article, check out more like this in the career section of our publication.