Polish Artist Whose Sculptors Polarized Critics in Her Home Country

Posted May 24, 2022 by Alexandra Jacobs in Lifestyle 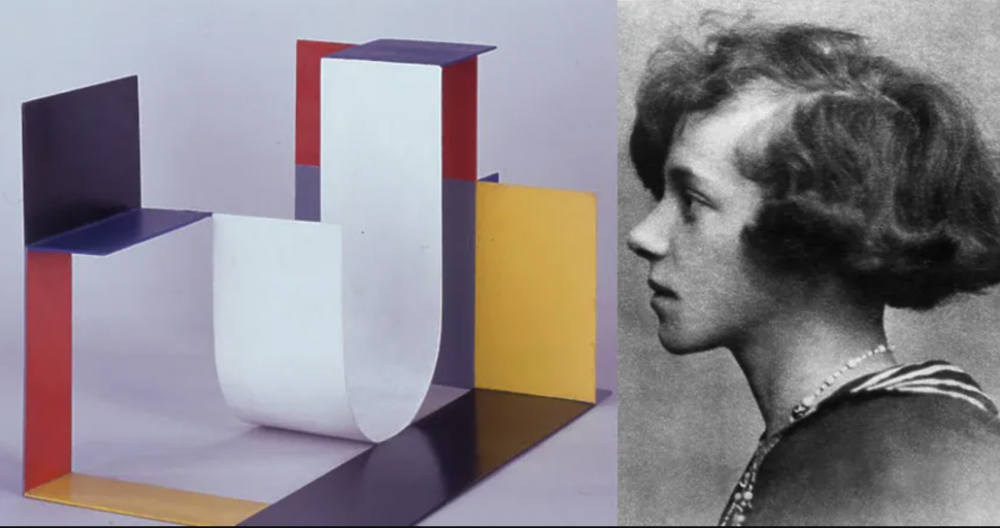 Katarzyna Kobro (January 1898) was a Polish avant-garde sculptor. She was a brilliant woman with wit, craft, and a scientific approach to bringing out the best in art. She was no ordinary artist or painter but a pioneer in the field of sculptors.

Even today, she is given the title of a master that brought to life innovative multi-dimensional abstract art. However, she never promoted Aestheticism and was a prominent member of the Constructivist movement.

Regarded as the “Real Avante-Garde” or “Revolutionary Artist,” Katarzyna Kobro never failed to live up to the expectations. Learn about Katarzyna Kobro’s art and how the polish artist polarized critics in her home country through this lucrative segment that entails detail about her.

Kobro was born in Moscow and was blessed with a family of mixed German and Russian heritage. She went to the Moscow School of Painting, Sculptor, and Architecture. Then, in the 1920s, she moved to Poland.

Along with her husband, Władysław Strzemiński, she produced most of her work in Poland. Her determination to work on the concept of Spatiality by incorporating spatial compositions is what gave the lady recognition in this sculptor world.

She worked with prefabricated elements and industrial and man-made products to make sculptures. Everything from her vision to her craft reflected how she perceived things and blended them so well in the space.

Katarzyna Kobro polish sculptor, was a fan of Constructivism, and she rejected many other art forms. These were Aestheticism, individualism, and subjectivism. She was intrigued by the form of objectivism and also abstract art.

Most of her work was centralized on universal and objective rules discovered based on experimentation. It was the primary spatial analysis that was confined to her work. Almost all her sculptures conceptualized infinite space.

They all were seen as uniform, without reference points as if the origin of a coordinate system. She channelized all her scientific knowledge to organize space so that it was not separate and excluded. It was well planned and executed to coexist with freedom and allow ample space to penetrate it.

Being a perfectionist in her artistic style, she was an influence on many. Her exceptional work and talents were widely appreciated and inspired many young artists to follow in her footsteps. In addition, the spatial compositions that Kobro made had a sound impact on modern artists.

One such highly influenced artist was Georges Vantogerloo. He was a Belgian sculptor and painter whose sculptures grew better in the 1920s and 1930s, seeking deep admiration from Katarzyna art.

It was not just Vantogerloo that experienced such an impact, but apart from him, many art critics appreciated Kobro’s skills. Her art pieces are valuable dimes and have been exhibited in different corners.

Many national art galleries and museums, including the Centre Pompidou, Museum of Art, and Whitechapel gallery. However, as a major achievement to commemorate the 124th birthday of the legendary artist, Google featured her doodle on 26 January 2022.

On the occasion of the artist’s 124th birthday, a portrait of Kobro appeared on the front page of the widely acclaimed search engine Google. She is a little-known artist whose sculptures polarized her home country during the 20th century.

Unlike other male and female European artists, she was never given the amount of praise and appreciation for her work. That’s because most of her work was lost or destroyed in World War II. Because of that, her work could not reach the right audience and never actually got the chance to be considered.

Despite that, the artist’s work is considered a gold standard for exhibitions. The Museum of Art in New York maintains its legacy safe and sound. A gallery in Poland is currently dedicated to Kobro that compiles her artworks to remember the great contribution of an extraordinary artist like her.

Kobro contributed immensely to the “era of buildings.” She understood the proper use of contemporary art styles psychologically and technologically. And that’s when she harnessed to meet humanity’s evident needs for functionalism.

All her artworks are surviving epitomes of elegance, minimalist and striking creations of perfection. Some of these are full of color splashes that radiate the hues of blue, yellow, and orange in rectangular forms. Others hang like mobiles and resemble more twisted metals.

Those who could not conclude the depth of Kobro’s art considered her works aimless and meaningless. But, those who grasped the talent and conciseness of her visual art considered her a genius for bringing to life something unimaginable.

Google even designated the late Artist as “Intellect who shaped the world.” The statement stands tall and strong because not everyone can idealize and retaliate for what Katarzyna Kobro made in reality. With an altogether different approach and artistic caliber, the Polish artist deserved every inch of space that marked the success of her work to this date.

The world has admired landscapes, seascapes, and many other generic artworks, but what Kobro artists served the world was an exception. An artist like her is born once in a million, and that’s why keeping her contributions alive, Google gave its recognition to the artist in the form of a doodle. Her unparalleled talent and realistically remarkable growth were worldwide through this recognition.