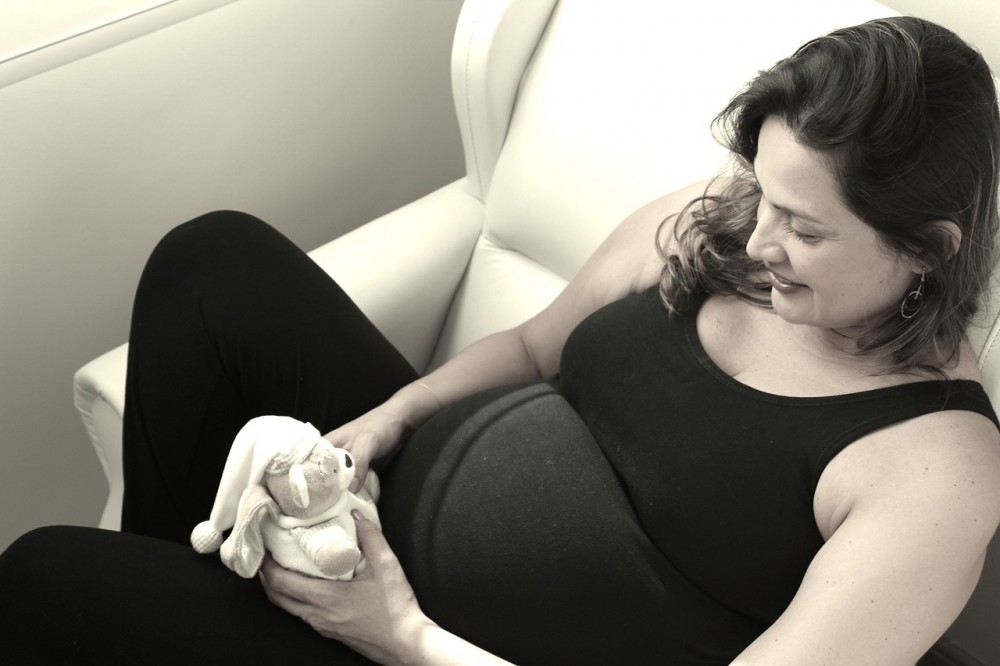 Roughly four million or so babies will be born in the United States in the new year. That’s four million moms if you weren’t counting. The average woman is 26-years-old when she has her first child and first-time soon-to-be-mothers have a great deal on their minds. Mainly, how do I get through this tremendous life transformation doing what’s best for me and my baby?

It’s important not to overthink being pregnant. Women have been giving birth for thousands of years and rarely was it ever under ideal conditions, yet here we are, still thriving as a species. Truth be told, the body and mind do a lot of autopilot work when it comes to pregnancy. Reading too much into what can foster enhanced brain development in the womb, or avoiding coming within three miles of an active smokestack, may do more harm than good if they interfere with the tried and true work done by Mother Nature.

Having said that, peace of mind can make a pregnancy go by smoother than it otherwise would. Knowing what is or isn’t useful and/or beneficial to mother and child instead of just hoping nature takes its course, calls for a more confident expectant mother. Here are safe, no-nonsense tips for first time mothers which fall in line with the natural progression of human pregnancy:

Aches and Pains Call for Cures and Treatments

Responding to headaches, colds, and other common health problems can become complicated when pregnant. Painkillers containing nonsteroidal anti-inflammatory drugs – NSAIDS – such as aspirin and ibuprofen should be avoided, whereas pills containing acetaminophen are recommended for pregnant women. Another common ailment associated with pregnancy are inflamed hemorrhoids. Naturally-derived hemorrhoids treatment products are preferred over creams which may or may not have ingredients on the no-no list for those who are pregnant.

Form-fitting pants and tops are a rage with pregnant women these days, but it’s important to put comfort before vanity. If you’re experiencing pain resulting from constricting clothing while pregnant it’s a sign to wear something else. Maternity sundresses during the summer and sweaters in the winter are go-tos — the latter especially.

Footwear is tricky because swelling of the lower legs and feet is common in the third trimester of pregnancy. Buy a pair of cushy athletic shoes, one size bigger than normal, for these final months. Go to the no-brand low-cost shoe stores since you probably won’t be wearing them for very long, but they’ll be appreciated, believe me.

What pregnant women eat has been a fascination of culture and science for centuries. The famed cravings and seemingly strange combinations of foods hit the top of the list of interesting aspects of pregnancy. These behaviors often stem from an innate desire to seek the right amount of vitamins and minerals suited for a developing fetus to thrive and be healthy.

Your body is telling you what to eat, to an extent. Make a point to get lots of fiber in your diet through every trimester – the aforementioned hemorrhoids are often caused by inconsistent bowel movements associated with lack of fiber.

The power of positive thinking is real as far as affecting our physiological well-being. Pregnant women can do enormous good for their growing babies by avoiding stress, which is absolutely easier said than done. Making matters worse, hormone changes can greatly influence emotion and can create an endless cycle of despair and depression for unprepared expecting moms. However, as a child is a part of you for nine months, emotional swings influence their development. It’s been shown that disorders such as depression can be transferred from mother to child in the womb. Seek out the things which make you happy and try and avoid the things that make for less than cheerful moments and situations. It won’t be flawless, but it’s most definitely beneficial to your baby.

2016 will bring millions of new babies into the world. Many of them will be the first for their mothers. It’s a whole new horizon – full of beauty but equally affected by the anxiety associated with the unknown. Rest assured, the body of a pregnant woman knows what to do for the most part. Helping it along the way with responsible choices and careful consideration is the best thing a new mother can do for her child.

You should also find a few publications that offer tips for pregnancy and first-time parents like BabyCared, FitPregnancy.com, and even The Bump. These sites only write about pregnancy and parenting, so they tend to be very helpful when you’re in need of some help or advice.