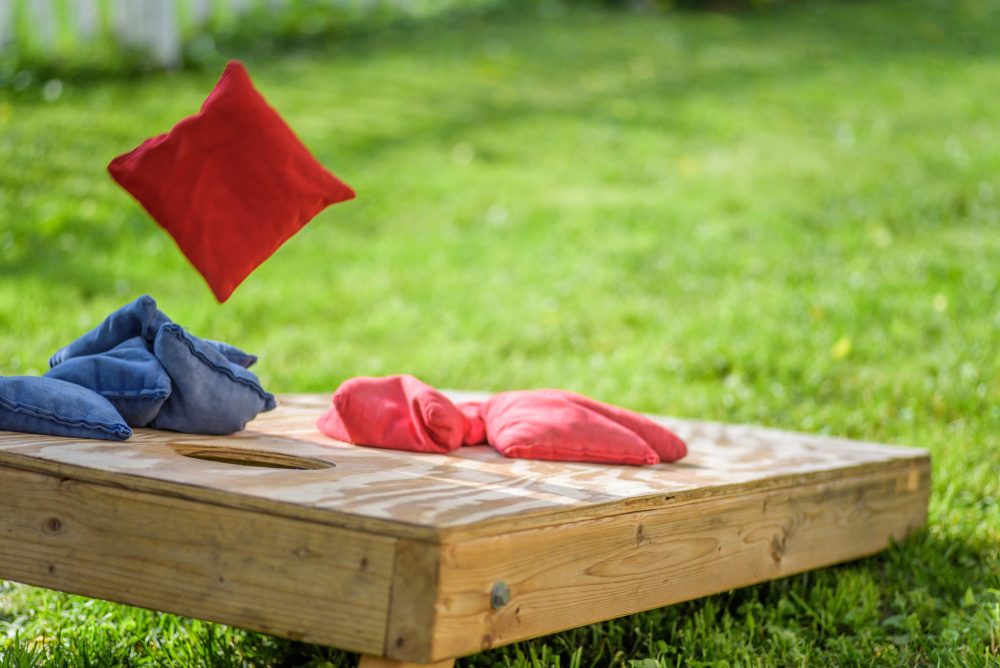 When having a get-together with friends, it’s always ideal to have an outdoor setup. If it’s at your house, you’ll want to have a few things set up outside to keep most of the entertainment outdoors.

Even when not planning a party of some type, it’s still beneficial to have some fun games in your backyard to play at your own convenience. Horseshoe is one of the most popular games for adults to play, but there are much more entertaining games to choose from.

Are you looking for the best outdoor games for adults to play? Continue reading below for several outdoor games that are sure to be a hit at your next outdoor get-together or party! 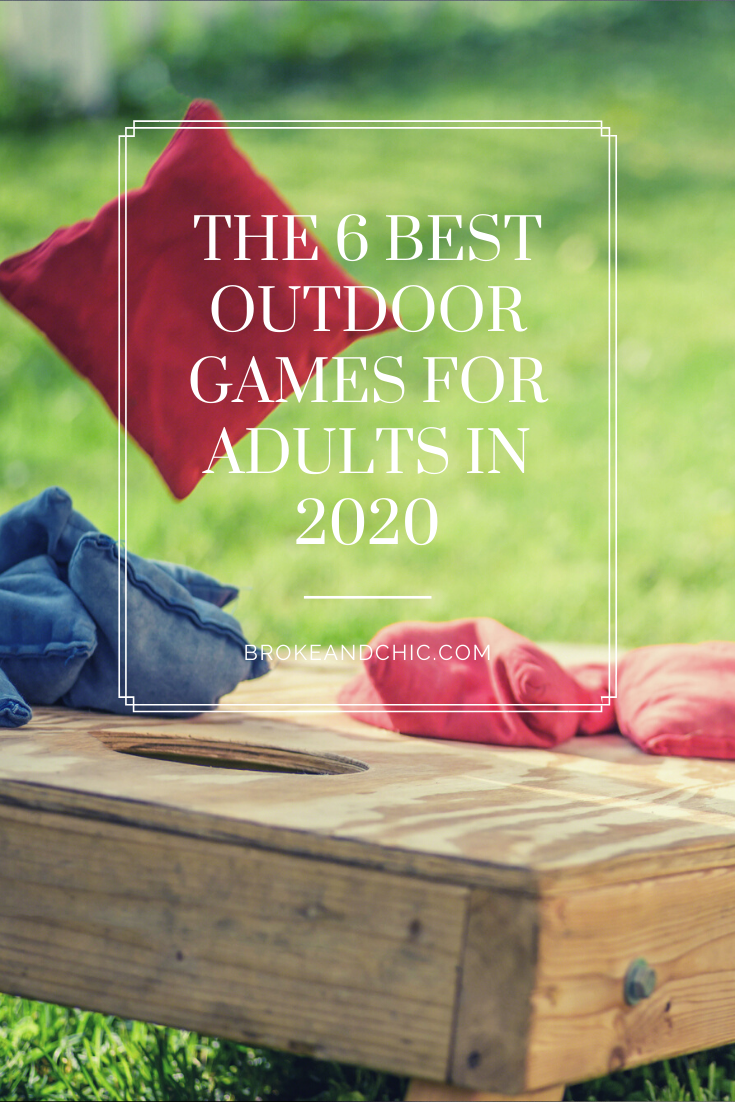 KanJam is a newer game that you might not have heard of before. However, if you remember playing frisbee golf in elementary school, then you’ll already have a solid understanding of the game. The KanJam Ultimate Disc Game is a frisbee target game played between two teams.

The game is faced-paced and competitive. Each team begins by taking turns trying to hit the target. If a player throws the frisbee into the instant win slot, then that team wins!

The best thing about this game is that it’s portable, making it easy to bring with you to the beach, park, or a neighbor’s house.

Cornhole is an outdoor game that more people are familiarized with. You might see this game outside at local sports bars or at tailgating events. Cornhole rules are simple and easy to pick up on.

This game can be played with either 2 or 4 players. If playing with 4 players, there will be two teams of two players. When playing a match, all players should remain in their lane for the entire match.

When moving on to the next match, switch sides with the other team. When it’s your team’s turn, throw your bags into the other team’s cornhole board without crossing the foul line. If the bag lands on the board, it’s one point.

If the bag lands inside the cornhole, then it’s 3 points. If a bag that landed on the board is hit in by another bag, it counts as 3 points!

To play Bocce Ball, all you need is a set of Bocce balls and a yard to play in! Most players enjoy playing on a flat lawn surface with a clear rectangular shape. However, the more challenging the lawn surface is, the more exciting the game.

For instance, don’t be discouraged from playing because your lawn has hills or other obstacles in the way. This just makes for a more challenged-filled game. When playing this game, take note that there are 8 bocce balls and two different colors.

The game begins when this ball is thrown into the lawn. After doing so, each team will take turns throwing their bocce balls to see who can get closest to the pallina ball. Points are given depending on how close the bocce balls get.

We all know and love a good game of beer pong, but it’s time to switch it up a bit. Why not try playing a game of giant beer pong outdoors instead? This is a perfect game to play outdoors because the cups are giant-sized and the ping-pong ball is inflatable.

You won’t actually fill your cups up with beer since the cups are similar to the size of a restaurant trash can, but you can still casually drink on the side if desired. Rules to the game are the same as regular beer pong as you can drink from your own personal beer can or bottle after losing.

If the inflatable ping-pong ball becomes damaged in any way, don’t hesitate to use a volleyball, soccer ball, or another inflatable ball.

There’s something that’s more entertaining about giant games than when they’re normal-sized. Giant Jenga is another example of this effect. If you’ve played the regular Jena game before, then you already understand the rules.

Rules don’t change when playing giant Jenga, only the size. To make things more adult-friendly, consider making a rule where each player who makes the Jenga tower fall has to take a shot! Be sure to set up the game on a flat surface, such as an outdoor table.

You also don’t want anything valuable under the blocks as they’re much heavier and bigger than the normal game.

Giant Connect 4 is a kid-friendly game that, when transformed into a giant-size, makes for one of the best outdoor games for adults! All the same rules apply when playing this life-sized game. It’s a classic that everyone at your party will recognize and want to partake in.

Be the first player to get 4 of your chips in a row without getting blocked by your opponent and you win!

Planning a party or get-together? Just looking for some cool ideas for games to play during your downtime? Try these best outdoor games for adults! The best thing about these games is that they’re all easy to pack up and take with you no matter where you go, and they’re all tons of fun.

For more fun topics, be sure to visit us daily!