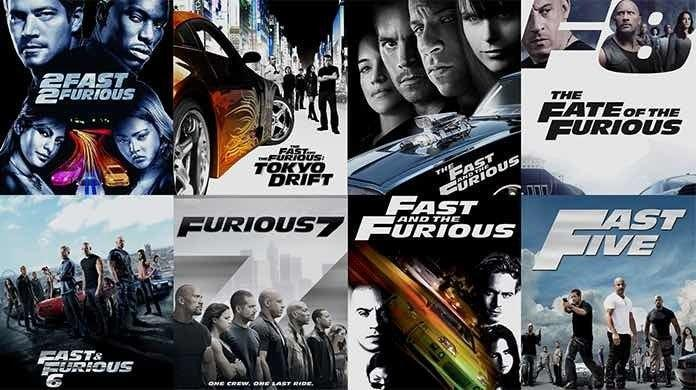 One of the world’s most famous and insanely popular media franchises, The Fast and the Furious series is mostly known for its exotic cars and spectacular stunts. But we have to admit that if it wasn’t for the glitz and glam of some gorgeous ladies, the franchise wouldn’t have dazzled the way it did.

In this article, we will share the 7 most beautiful women of The Fast and the Furious franchise. But before we reveal the ravishing gals, we have made a list of Fast and Furious movies in order to watch in UK. Do check out the list, if you are looking to binge-watch all the films.

Over the course of more than two decades, yes you heard it right, 21 years to be precise, many awe-inspiring beauties have spread their arresting aura on the screen beside Vin Diesel, Paul Walker, and co. Though the extremely talented and intimidating Jordana Brewster and Michelle Rodriguez have become linchpins, what about a string of other beguiling women?

Here are the 7 most beautiful women of the Fast and Furious franchise.

1. Nathalie Kelley – The Fast and the Furious: Tokyo Drift

The 37-year-old Australian actress, known for her role in the TV series The Vampire Diaries, played the character of Neela, the girlfriend of Takashi or more commonly known as the Drift King (D.K.) played by Japanese-American actor Brian Tee. It was also the very first on-screen role that Nathalie Kelley ever played.

Gadot, 37, is an Israeli model, singer, actress, martial artist, and whatnot who played the role of Gisele Yashar in Furious 6 and two other films of the series. The Wonder Woman from DC Extended Universe is also a former combat fitness instructor, and The Fast and the Furious was an ideal stage for her to showcase her impressive fighting skills.

Gian Joy Carano is a former American Mixed Martial Art player. Although not as popular as Ronda Rousey, the 40-year-old actress landed the role of Riley Hicks, a badass deputy of Luke Hobbs, a CIA agent played by Dwayne “The Rock” Johnson. Unfortunately, fans may not ever see Gina in her Furious 6 role, since her character Riley perished in the film, but she’ll always be remembered for kicking butts!

With a sole credited appearance in The Fast and the Furious franchise as Monica Fuentes, the Cuban-American star is among the cast that fans wanted to make a comeback. Eva Mendes, who is known for her unmatched curves and mysterious beauty, lit the big screen despite the boys playing around with four wheels. The fans craved for her more appearances in the series and rightly so!

Brewster is among the household names in The Fast and the Furious series. The 42-year-old rad beauty played the role of Mia Toretto starting from the very first flick of the series.  She quickly set the tone right and set her eyes on Brian O’Conner played by Paul Walker. Brewster didn’t have a marquee project before her casting in the Fast & Furious series, but did justice with her character and became an instant fan favorite.

Michelle Rodriguez’s character of Letty Ortiz became synonymous with Dominic Toretto played by Vin Diesel in the Fast & Furious franchise. As Dominic’s girlfriend, Rodriguez became one of the most alluring ladies in the film, and also turned out to be one of the most intimidating female characters. Letty has been circling the famous “family” of Dominic throughout the film series but seeing her character evolve has been a spectacle.

Famously known due to her WWE and MMA career, Ronda Jean Rousey has appeared in several action films like The Expendable 3, and Mile 22 alongside her role as Kara in Furious 7. The Baddest Woman on the Planet made an instant impact in the franchise and became a force to be reckoned with. Ronda “Rowdy” Rousey has been a motivational figure to many and besides her sheer power, she’s insanely gorgeous.