The Definitive Guide To The Best Wedding Confetti Cannons 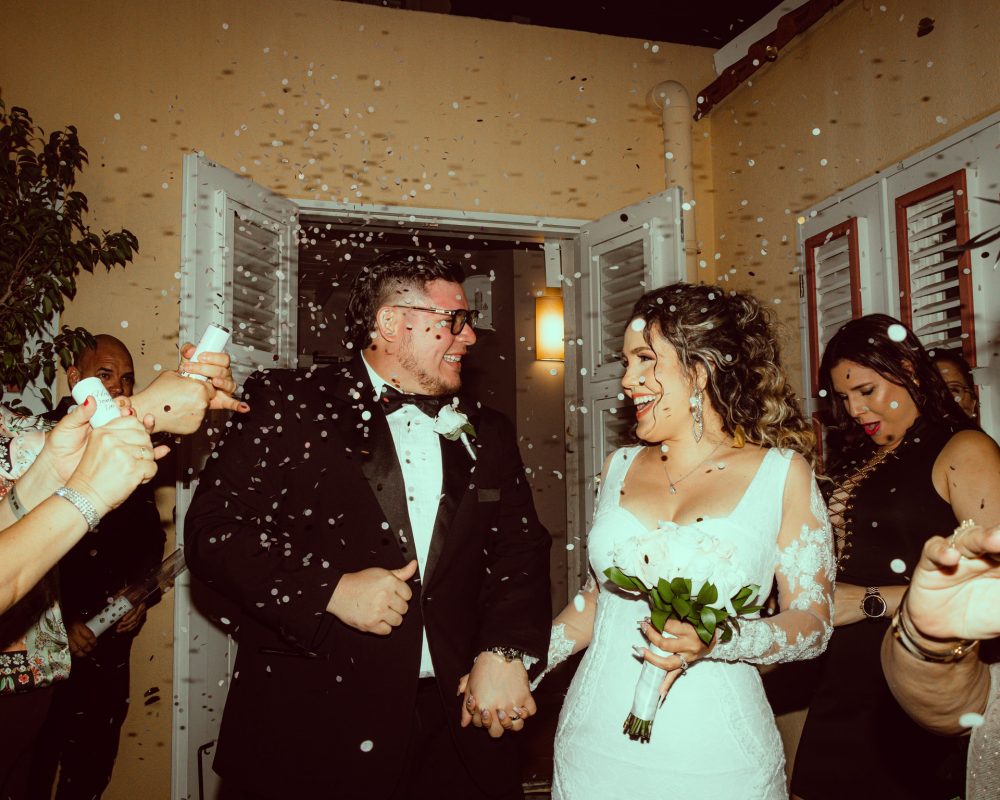 Confetti cannons are a staple of any wedding ceremony. They provide the perfect finale and can be used as a creative way to send off guests or the bride and groom. But how do you select the best confetti cannon? Unfortunately, there is no one-size-fits-all answer, but we have created this guide to help you figure out which ones will work for your specific needs.

There are three main types of wedding confetti cannons: handheld, battery-powered, and plug-in.

Handheld confetti cannons are the simplest and most affordable option. They are easy to use and can be held in your hand. However, they only shoot small confetti and are not very powerful.

Electric confetti cannons are a step up from handheld options. They require no manual effort and can shoot larger confetti at once. However, although battery-powered, they do not provide the same power level as plug-in models.

Battery-powered cannons have their own unique set of pros and cons. An important to note is that they do not provide the same level of power as plug-in models. However, this can be a blessing in disguise because you will want to make sure your venue allows confetti firing and battery-powered cannons are quieter than their plug-in counterparts (making them easier to sneak into venues).

The most powerful confetti cannons are plug-in models. They provide the most power and can shoot large confetti very quickly. However, they also require the most setup time and can be difficult to transport.

Which Type Is Right For You?

Many factors go into determining which type of confetti cannon will work for you:

1) Budget: The price of a confetti cannon is largely dependent on its size and power. Handheld cannons are the least expensive options because they require no setup or maintenance and shoot only small amounts of confetti at once. Although more powerful than handheld models, battery-powered ones still do not provide as much bang for your buck as plug-in cannons.

Plug-in cannons are the most expensive option but also provide the most power. So if you are looking for a confetti cannon that will make a big impact, this is the option to go with.

2) Size: The size of your confetti cannon is also important to consider. If you are planning a small, intimate event with just family and close friends, then it might be worth the investment to get a plug-in model so that you can create some dramatic effects for them.

However, if you are hosting an outdoor wedding or party with many guests, you will want to get a battery-powered or handheld one so that it’s easy for your guests to participate. These types are also easier to transport and can be brought on the road with you if necessary.

3) Location: The location of your event is another important factor to consider when choosing a confetti cannon. If you plan on having your wedding indoors, then any confetti cannon will work for you. However, if you are hosting an outdoor wedding or party, you will want to make sure that the venue allows for confetti firing or that it is okay to bring your own.

4) Time Of Year: When you get married can also play into your decision. For example, if you are getting married in the winter, a battery-powered or handheld confetti cannon might be a better option because it will keep your guests warm.

Confetti cannons have been used at weddings for years and are a definite crowd-pleaser. Of course, selecting the right model depends on what you need out of one, but hopefully, this guide has helped you figure out which types will work best for your needs.