The Hottest Female Bodybuilders Out There 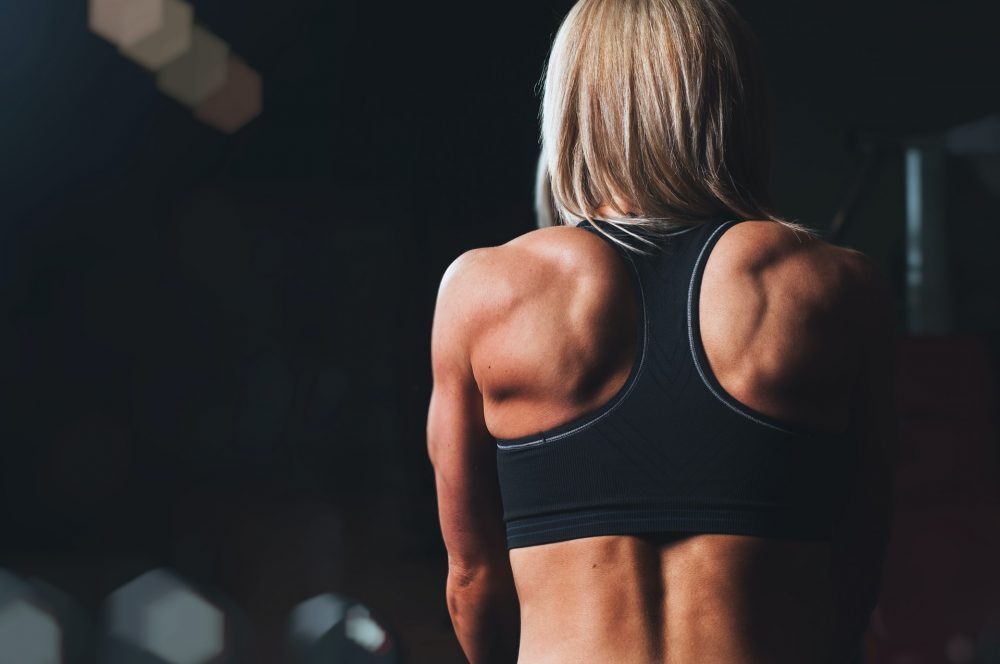 Bodybuilding has been a thing for centuries, and people have always used their fitness as a way of flaunting. It became an official sport back in 1867 and has been popular worldwide. But, it’s certainly not always been a common thing with women.

It’s no secret that there are many things that women never used to do. While some might still have pursued a career in bodybuilding, they hardly went anywhere. But, that all changed in the 20th century. By the 1970s, the world saw its first-ever female bodybuilding competition.

Fast forward to the present, and you’ll find millions of inspiring women that have dedicated themselves to bodybuilding. If you’re looking to introduce yourself to some of them, here’s what you need to know about a few of the hottest female bodybuilders currently out there.

Some of The Hottest Female Bodybuilders in 2022

Brooke Holladay is a 32-year-old bodybuilder from America. Some people might find her to be a familiar sight. That’s because she’s an actress on top of being a bodybuilder. She’s played roles in both the Justice League and Wonder Woman.

With a height of 5ft 7 inches and a bodyweight of 70 KG, she also used to be a dancer in her early days. Her first major appearance at the bodybuilding scene was during the Reebok CrossFit games in 2015.

She surprised many by qualifying since she’d only participated in two regional competitions before that. Speaking of CrossFit, she’s a trainer at CrossFit in West Santa Cruz, California, at present.

Another impressive bodybuilder born in the United States, Jennifer Broomfield, has always had a thing for sports and athleticism since she was a child. She was born on September 5, 1983, making her 38 years old today.

During her earlier days, she’d often go out to play football with friends. Jennifer Broomfield also started wrestling in her youth and has become a fan of fitness ever since then. Eventually, she decided to become a professional bodybuilder back in 2002, when she was 17.

Her family is filled with bulky athletes, including her. She’s been successful in the bodybuilding scene since then, winning several awards from 2007-to 2009. She’s also one of the hottest women in the business, which is clear from her looks.

One of the most popular names on this list and in the bodybuilding scene, in general, is Sarah Bäckman. She’s a Swedish fitness enthusiast focused on gains from very early on in her childhood. By the time she became a teenager, she was already hooked on fitness.

When she was 14, Sarah Bäckman began arm wrestling, which started a historic career. She’s one of the most successful female arm wrestlers on the planet and has won dozens of awards.

She was a powerhouse in her day and continues to be one of the most impressive bodybuilders around. But, her wrestling career is over. She works as a real estate broker now but still has a killer body, making her one of the hottest bodybuilders.

Jennifer Rish was born in Southern California as the daughter of two very active and healthy parents. Her parents were big fans of maintaining good health and a positive fit lifestyle. Because of that, she developed an interest in fitness at a very young age.

She was doing gymnastics and taking dancing classes at just four years old. Later on, she developed more fitness-related interests as well. By her teens, she was doing kickboxing and weight training.

Weightlifting became her favorite passion, which made her one of the hottest female bodybuilders you’ll set your eyes on. Along with her impressive bodybuilding stats, she’s a 40-year old that’s also a popular fitness model and a registered nurse too.

This time from one of the United State’s neighboring countries, Sarah Ainsley Harrison is a Canadian bodybuilder famed for her achievements and great looks. In the present, she’s more of a fitness model than she is a bodybuilder, but that doesn’t stop her from making her way onto this list.

She still regularly competes in IFBB competitions and has acted as a trainer. As proof of her beauty, she even won the Miss Universe Canada award back in 2011. She even launched a fitness league in the same year.

Her league would travel to different places and encourage women to meet with them. They’d try to inspire many women into pursuing fitness and caring for their bodies, which they successfully did so. She’s also a published writer on top of her fitness achievements.

It’s hard to mention the hottest bodybuilders around and not mention Eva Andressa. She’s easily one of the most beautiful women in the business. The Brazilian model has had an attractive physique for some time now, which gave her an edge in the fitness world.

From a young age, she’s competed in many competitions. During the late 2000s, she even competed and won in several IFBB Brazil competitions and many other honors. She’s also worked as a TV show host. Her story is one of the most inspirational ones out there.

Eva Andressa is a prime example of the fact that it’s never too late to start your fitness career or pursue your bodybuilding goals. She started at 17 and gave up shortly after. But, she got back into it sometime later and is now a well-decorated bodybuilder and fitness model that has an audience of millions on social media.

That’s a wrap for our list of some of the hottest female bodybuilders you’ll find. They’re all attractive women with impressive achievements and inspirational goals. Because of that, they’ve helped thousands of people take better care of their bodies.

If any of them make you feel particularly inspired to pursue a healthier lifestyle and remain fit, check out some of the pointers at Shakeslab.com. You’ll find all you need to get started on the website, including a few important pointers that all beginners should know about.