The Origin of the Cuban Link Chain 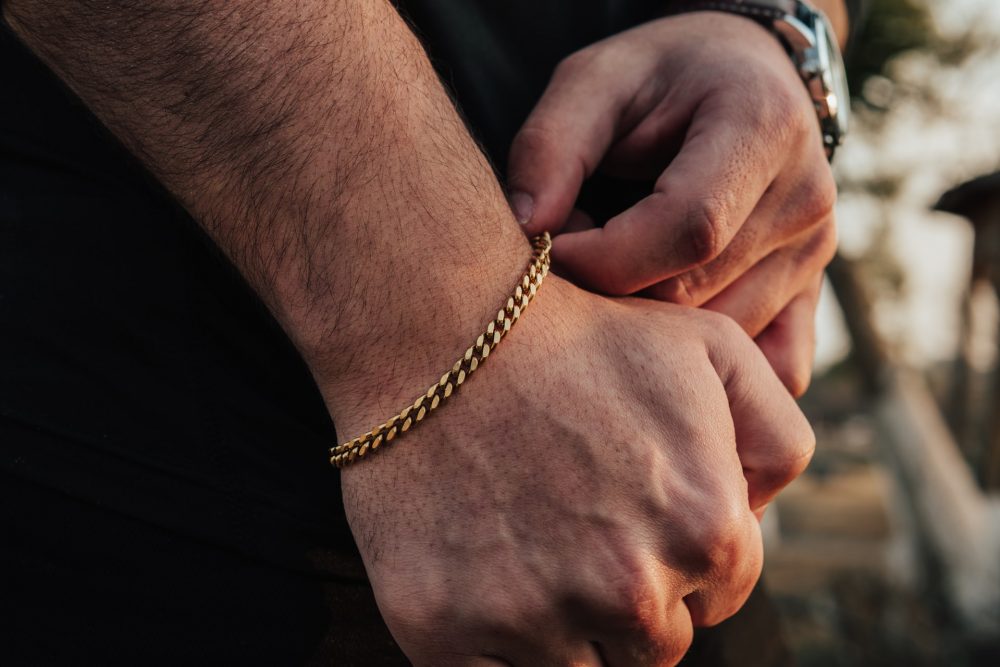 Cuban links are a staple of modern streetwear culture, appearing all over social media, music videos, and everyday life. These thick and bold chains can take the form of necklaces or bracelets, with a range of styles and sizes.

With so much versatility, anyone can pull off Cuban links, but what’s the origin story behind this classic design? Knowing where jewelry comes from gives us a deeper appreciation for the craft, and can inspire us to discover new styles.

Let’s walk through the history of the Cuban link chain and see what the past can tell us about the present and future of this modern favorite.

Chains from Way Back When

Long before Cuba was even on the map, chain link jewelry was a part of the lineup in ancient collections from Egypt to Greece.

The oldest chains were made with crude instruments and lacked the elegance of contemporary pieces, but the concept was largely the same: connect a series of links and wear them around the neck or wrist with style.

Links were originally quite large, since tools were limited in precision and ancient skill sets lacked refinement. Our ancestors might not have called them Cuban links, but those statement pieces got the point across, even thousands of years ago.

Chains developed in design throughout the ancient world long after the Roman Empire declined and fell. Medieval jewelry was a step in the right direction, but historical examples show that gems and geometric features were favored over simple, clean designs.

It wasn’t until the dawn of the Renaissance that jewelers honed in on crafting beautiful chain links as we know them today. Craftsmanship improved dramatically as a class of talented tradesmen emerged throughout Europe, inspired and enriched by a robust economy and the freedom it gave.

Here we see examples of chains taking on new shapes and sizes. Long and short chains, thick and thin, along with distinctive folds and features that set certain designs apart. We can thank this era for rope chains, wheat chains, the fierce Figaro design, and the origins of Cuban links.

The ethos of the Renaissance was about perfecting the foundations of art put forth by the ancients, refining those crude original designs, and getting to the very essence of the art.

The minimal chain necklace is a perfect instance of this mindset, stripping away the gems and pendants while mastering the replication of each individual link. When pieced together, the chain conveys that simplistic beauty is attainable through pure craftsmanship rather than over-the-top design elements.

We start seeing Cuban links come together more clearly as the world industrialized and the middle class started developing a taste for jewelry. Add that to advanced machinery and mass-production methods, and you have a new world of jewelry lovers ready to buy.

The result was even more innovation and advancement in design, with chain link necklaces at the forefront. Curb chains emerged around this time, featuring slightly flatter links than the Cubans we know today.

Those flat, interlocking links also ushered in an era of men’s chains in a world where jewelry was mostly a woman’s interest. Chain link necklaces and bracelets were finally appealing to men, now worn as a symbol of status and strength.

This marked an important shift for jewelry in general, and nowadays, the field is wide open for anyone to wear what they want.

As with all technologies, the trend with chains shows that smaller and sleeker is generally the priority for designers over time. This showcases the ability of the jewelry maker, the advancement of the instruments, and the never-ending game of one-upmanship.

But interestingly, the Cuban links we know today took things in the opposite direction starting in the 1970s. As hip hop took root, fashion trends began to lean toward the “bigger is better” end of the spectrum. Big prints, baggy pants, and of course, “dookie ropes” and oversized Cuban link chains.

You can’t flip through a stack of hip-hop LPs from this era and avoid Cuban links on album covers. Magazines and music vids showed the same thing: thick and chunky rounded links of gold or silver were undeniably in vogue.

With hip-hop gone mainstream, it wasn’t long before athletes and entertainers in other professions got with the trend. Cuban links were a global phenomenon by the mid-90s, and the rest is history.

Your Perfect Cuban Links Have Arrived

While some fashion icons still push the oversized Cuban links, things have subsided somewhat, and more refined styles are the norm. Cuban links now take many forms, but the essence is maintained in each design.

Now that you know all about Cuban links and where they came from, it’s time to add one of these legendary pieces to your collection today.