Things That You Wouldn’t Expect to Know About Emirates Airlines

Posted May 24, 2021 by Danielle Martin in Lifestyle 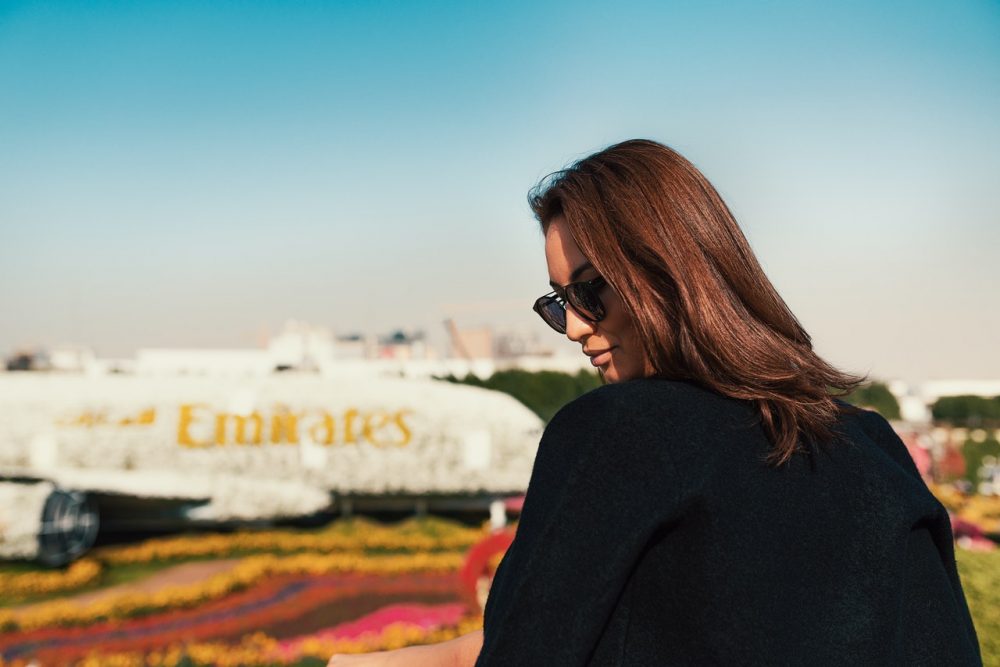 In the story and tale series, today we will be talking about the Emirates airline, one of the 3 largest companies in the Middle East, the carrier that has revolutionized the industry and operates from its base in the United Arab Emirates.

The airline was founded in 1985, with just two planes flying between Dubai International Airport and Karachi. Emirates has particularly established itself in long-haul flights, becoming one of the most popular airlines for French and Belgians traveling to Dubai.

It is renowned for being luxurious and its extraordinary First Class ranks among the best in the world!

Things To Know About Emirates Airlines

● 1985 – Emirates is founded. The first flight connects Dubai to Karachi. The company has a fleet of two planes.

● 1987 – The Emirati company acquires new connections with the West via Istanbul, London Gatwick Airport, Frankfurt, and other European destinations.

● 1993 – Emirates is the first airline to introduce the ability to make phone calls from an airplane.

● 1998 – Emirates passenger numbers reached 3.7 million, and cargo and freight increased by 200 thousand tons. Emirates is named the best airline in the world by the OAG award.

● 2004 – The company operates its first flight to North America.

● 2009 – Emirates becomes the world’s largest operator of Boeing 777. ● 2010 – Emirates celebrates its 25th anniversary and opens new destinations in Europe. ● 2016 – The airline is recognized with the Skytrax Award for Best Inflight Entertainment and Best Airline in the World, once again!

We love funny stories and numbers, as much as flight data! For this post, we have gathered information from our own flight statistics as well as those provided by Emirates on its website.

● Punctuality: According to OAG, Emirates’ one-time performance was 83.2% and its cancellation rate was 0.1%. In other words, you can travel with peace of mind, there is little chance that your flight will be canceled when traveling with Emirates.

However, you can expect to arrive a little later than the scheduled time. By comparison, the best punctuality performance in this industry is around 87% flights per hour. You can check the Emirates airlines flight schedule online.

Emirates: did you know?

Did you know that on all Emirates flights the staff speaks in 8 to 18 different languages? No matter where in the world you are from and what languages you speak, the probability that an Emirates staff member speaks the same as you is over 50%!

Another fact that football fans are sure to know is that Emirates is a sponsor of the very popular Spanish and English teams Real Madrid and Arsenal.

Dubai Airport is the third-largest airport in the world

The Middle East Airport is perfectly located between Europe, Asia and Africa, making it the ideal hub for the Emirates.

In 2001, 2003, 2013 and 2015, the UAE airline received the Skytrax Airline of the Year award. In 2017 Emirates took fourth place, behind Qatar Airways, Singapore Airlines and ANA. This year, it received the airline’s Best In-Flight Entertainment award for the third year in a row.

Emirates carries a lot of passengers!

According to the IATA (International Air Transport Association), Emirates is the airline in the world with the most passenger seats. This is not surprising, considering that the company has the largest fleet of Airbus A380s in the world.

The A380 is the huge double-decker plane that is almost immediately recognizable at any airport.

Flying with Emirates: why it’s a good choice

If we haven’t convinced you yet that Emirates is a great airline to fly with, then the following details surely will. We’ve put together some very compelling arguments as to why Emirates is the airline you should choose for your next long-haul flight:

● Emirates is a great airline if you are from a country with a very rare language. As mentioned above, Emirates employs an incredible number of different nationalities which means there is a good chance you will meet someone who speaks your language exactly! It’s so nice to meet people from your country, especially if you are away from home.

● Emirates has been praised by Skytrax for its inflight entertainment for the third consecutive year. The airline offers an impressive catalog of 850 films on 3,500 channels. You certainly won’t be bored if you choose to fly with Emirates!

● The Arab airline operates most of its long-haul flights by Airbus A380, providing enough space for first business class and economy class for many passengers. Rest assured, the plane is still big enough for each passenger to have the space they need.

● If you have booked an Emirates flight from one end of the world, there is a good chance that you will take connecting flights. This is the best way to take a break during the trip. Most of the time, you will stop in Dubai, the main hub of Emirates. This is perfect if you want to take a few days to explore the Arabian Desert and this incredible metropolis.

● Emirates is known for the high quality of their food in all of their classes. Many passengers complimented the airline on the variety of their meals, even in economy class.

● Emirates has a very luxurious first class and quite often outclasses its passengers. You will be spoiled from the moment you arrive at the airport, from your departure from the airport to your final destination. Everything will be taken care of and the service onboard is considered to be one of the best among first-class flights.

We hope you enjoyed learning more about Emirates! Despite the efficiency and professional experience of the airline, many passengers who travel with Emirates are still late, canceled or denied boarding for overbooking.

Don’t worry, using the checker is non-binding and we have a “no pay no results” policy (you only pay 25% fees if you pass only) and we cover all possible legal fees. . Don’t wait any longer, exercise your rights as a passenger!