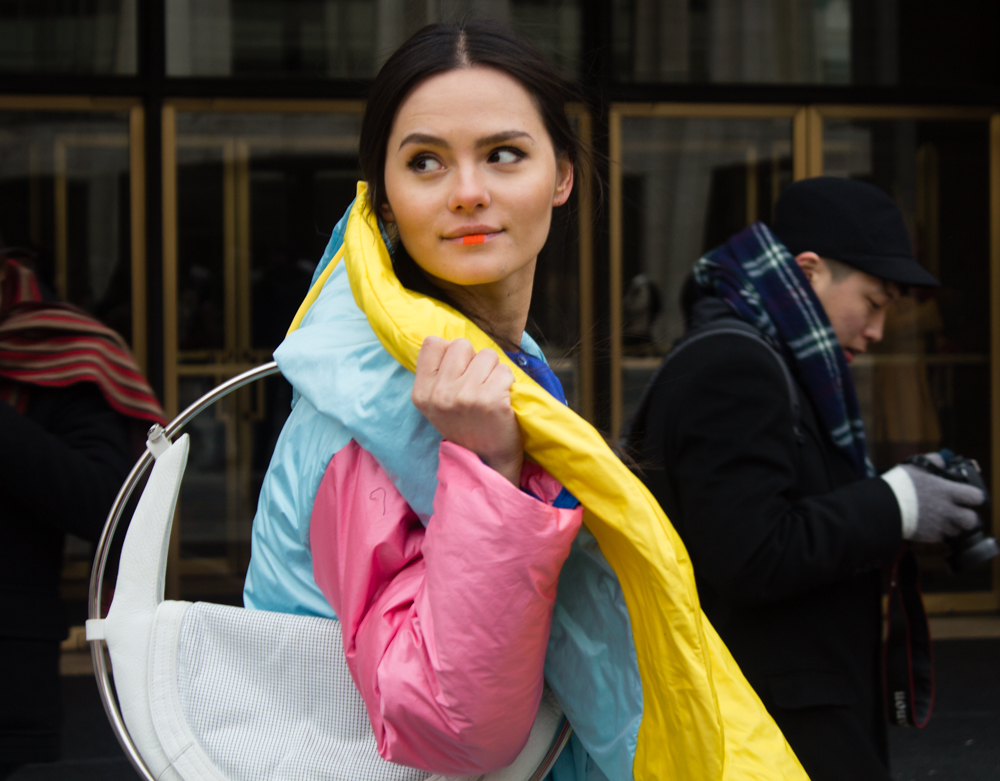 In all honesty, New York Fashion Week is an extremely odd ordeal. People wear absurd things — like yellow feathers and roller-sandals (no joke), those working behind-the-scenes (models, PR, make-up artists…) are often either extremely friendly or extremely rude, and it’s either boiling hot outside or frigid. There’s no in-between. There’s no moderation.

But let’s focus on the “people wearing absurd things” part. Many people attend Fashion Week in their Sunday best (with a dash of Alexa Chung), while others don’t try to be fashionable at all — since they’re working the event. Some go way out of their comfort zones just so they can be snapped by street style photographers, and others simply wear sleeping bags, like the girl below: 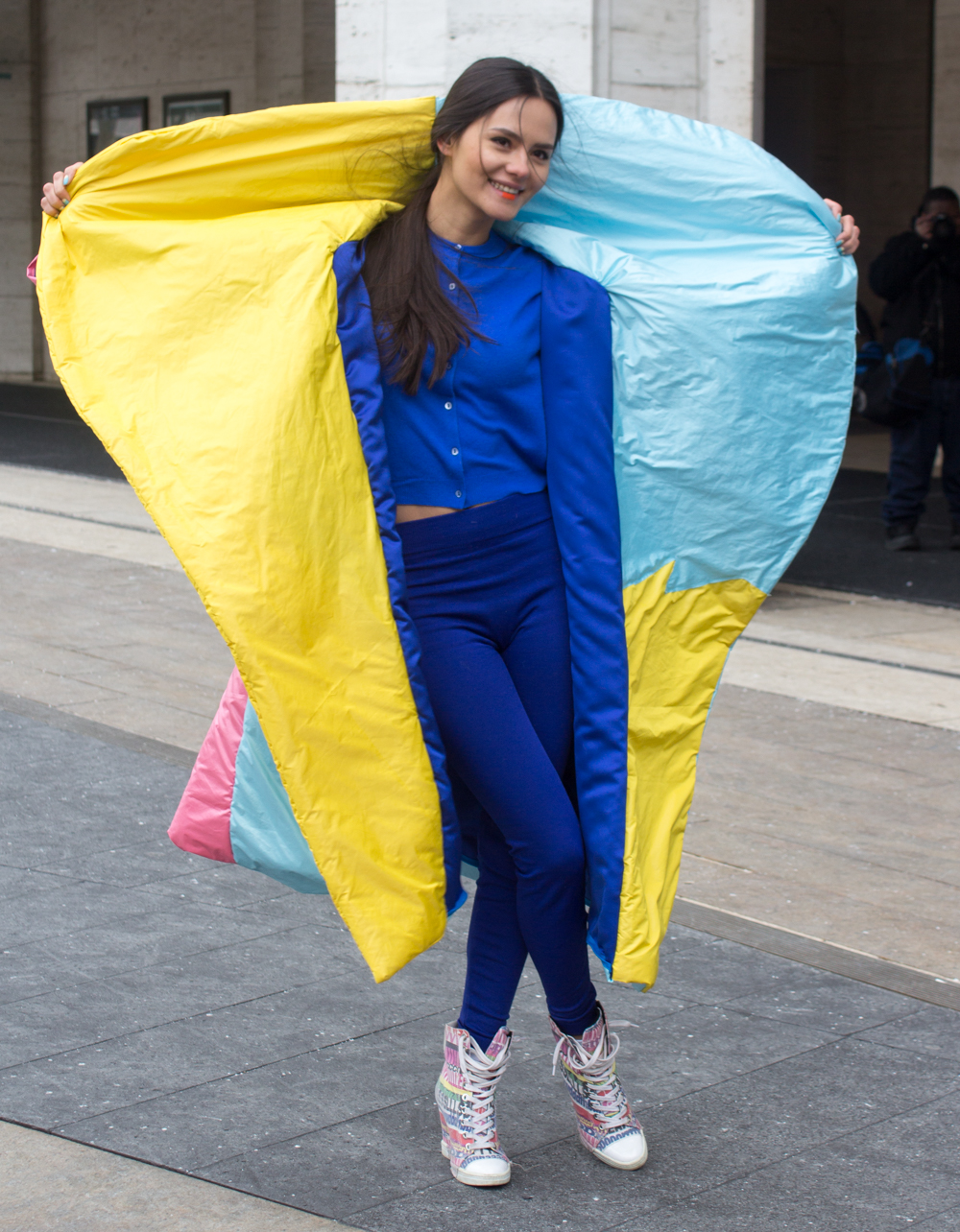 By the time I saw her, I was so done taking street style photos. My fingers were stiff and numb because of the freezing temps. My SD card was running out of space, and I had to get somewhere else ASAP. But I saw a bunch of photographers swarm someone, and I just had to get a better look.

And there she was, a girl wearing a sleeping bag. At first I was like, “really?” and became a tad annoyed. People do all sorts of crazy things in the name of fashion, but then I realized I needed to stop hating, because let’s get real…SHE LOOKS FREAKIN’ AWESOME! 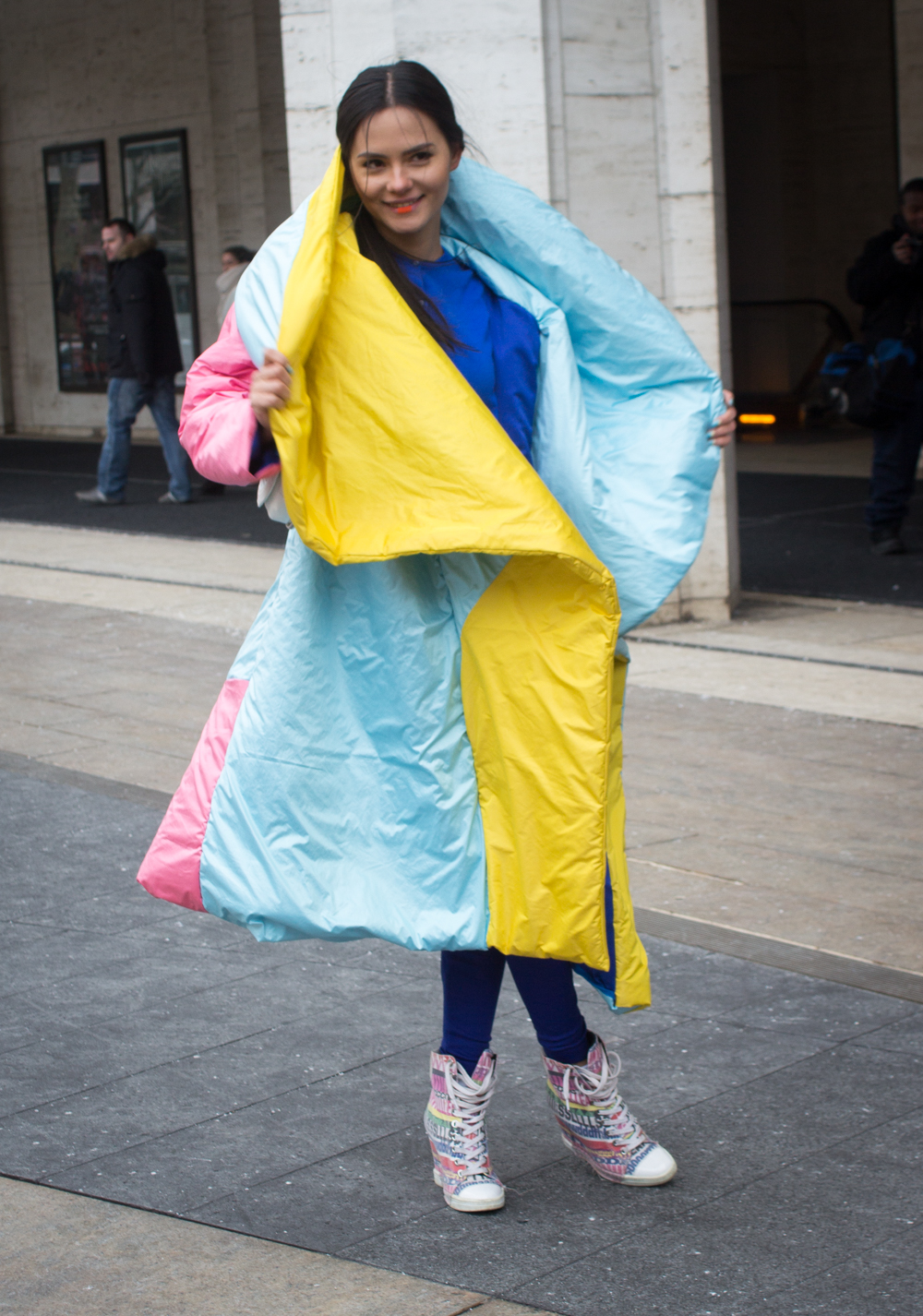 This girl found a way to make a sleeping bag fashionable. Truly amazing. And she had the right idea since it was freezing out. I bet she was warm and cozy all day (unlike myself).

So there you have it, a girl wore a sleeping bag to Fashion Week and made it work.