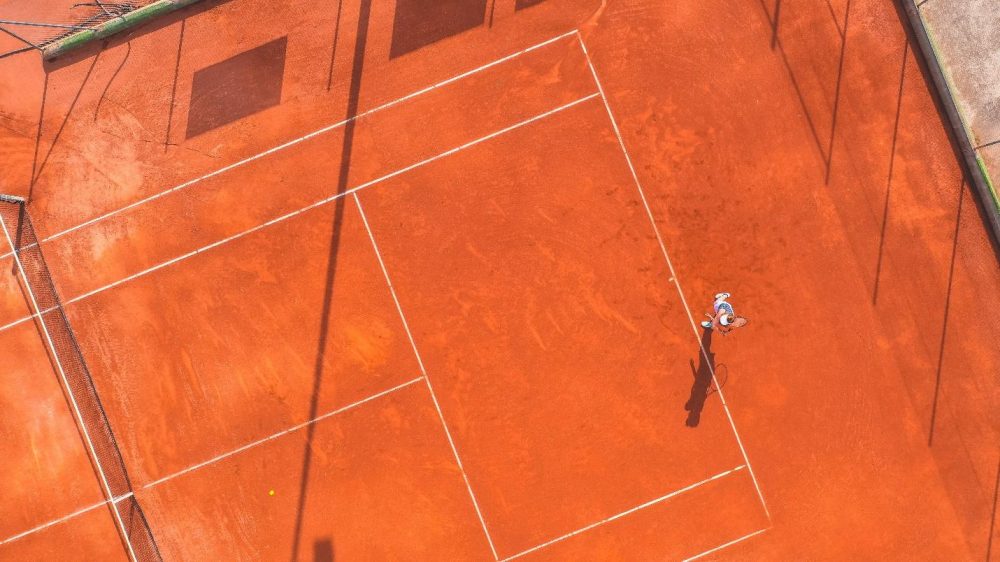 Clay court tennis is considered to be one of the toughest tennis surfaces to play on. To be a clay court tennis champion, one must have built resilience and strategy and better concepts on how to make your movements on the court. It is not easy to win on clay, but some professional tennis players seem to dominate the clay court more than others. Sometimes it doesn’t matter the type of equipment you use or how often you restring your racquet; some players seem to have an advantage over others.

The professional tennis player of Spanish origin is currently ranked at 2nd position by the Association of Tennis players (ATP) on the world’s singles tennis tournament.

Rafa, as he is commonly called the King of Clay. The King of Clay started playing tennis at a tender age of 4 after his uncle Toni Nadal, a tennis coach, discovered his interest in the game.

At the age of 8, he won his first medal in the under-12 tennis championship.

Nadal has won a record 59 titles on clay with his specialty racquet.

From Argentina, Guillermo turned pro in 1969. He played 23 seasons and retired in 1992. Besides being remembered for his long flowing hair, he is also remembered for his domination on the clay court. He racked up 49 Clay titles. Only player to win more clay titles is Rafael Nadal.

It would have been amazing to see Nadal play on the clay court against Guillermo Vilas. Guillermo was inducted into the International Tennis Hall of Fame. He was known for his prolific play and he has won over 900 matches in the Open Era.

His most memorable year was in 1977. In 1977, he won two of the four Grand Slam singles tournaments and 16 out of the 31 professional tournaments he entered. He surprised many of his opponents that year by being aggressive and attacking the net.

Novak Djokovic was born in Serbia in 1987 and was introduced to the world of sports at a tender age. His parents owned a sports academy alongside other businesses. He started learning tennis at the age of 4, but professional training started at 13 when he left to train in Germany.

Novak started playing in international platforms in 2001, at the age of 14. He started with the junior world championships, and in his first year, he managed to get a silver medal.

He represented Serbia in the 2008 Olympic Championships held in Beijing, China, and he won a bronze medal in the men’s singles.

Novak has a total of 15 Championships on clay. Like Nadal, he endorses different products and equipment. Most notably is Novak’s endorsement of the HEAD Graphene 360 Speed Racquet.

Roger Federer is a successful clay-court tennis player who was born in Basel, Switzerland in 1981. He started playing tennis at the age of 8, and ever since, it has always been a win for him.

He won the ATP match for the first time in 1998. While representing his country Switzerland in the 2008 Beijing Olympic Games, he won a gold medal in the doubles category, with Stanislas Wawrinka. In 2012, he managed a Silver medal in the London Olympics.

Besides his exemplary performance in sports, Roger is a philanthropist. Through his foundation, he has successfully educated thousands of children in countries such as South Africa, Malawi, Zambia, and Botswana, among others.

He has won 11 clay court titles but has also lost 11 titles to Nadal.

Bjorn Borg is a Swedish tennis player who was born in 1956 in Stockholm.

In 1983, he retired from professional tennis, which came as a shocker to the tennis fraternity. This was despite him being crowned as the tennis enigma in his time. He started his Sportswear brand.

It is still unclear why he quit, but he attempted a comeback in 1991 but left again shortly after. He was the shortest-lived tennis player but with the best records.

Unlike other tennis champions, Mats did not get the chance to hold a racket until the age of 13. He was born in Vaxjo, Sweden in 1964. As a child, he was exposed more to soccer and ice hockey.

In 1982, he brought home both the under-16 and under-18 titles in the Miami Orange Tournament.

He reached the peak of his tennis career in 1988, where he attained three majors. This win made him the second male player to win all the three majors on hard, grass, and clay courts. In this same year, he attained the top position after winning six consecutive games, out of 15 tournaments. He retired as a full-time professional clay court tennis player in 1991.

Ivan was born 1960 in Ostrava, Czechoslovakia. Both his parents were high ranking tennis players. His father was elected as the president of the tennis foundation in their homeland. He was, therefore, exposed to tennis at a very young age.

In 1980, Ivan represented Czechoslovakia in the Davis Cup championships and won three doubles and seven singles.

Despite his exemplary performance, a back complication prevented him from playing beyond 1994. He lost his last final in 1994 to Pete Sampras and called it quits shortly after.

For 11 consecutive years of his tennis game career, he managed to reach at least one gram slam final each year. After retirement, he started playing golf while spending more time with his family.