What Are the Health Benefits of Vaping Cannabis? 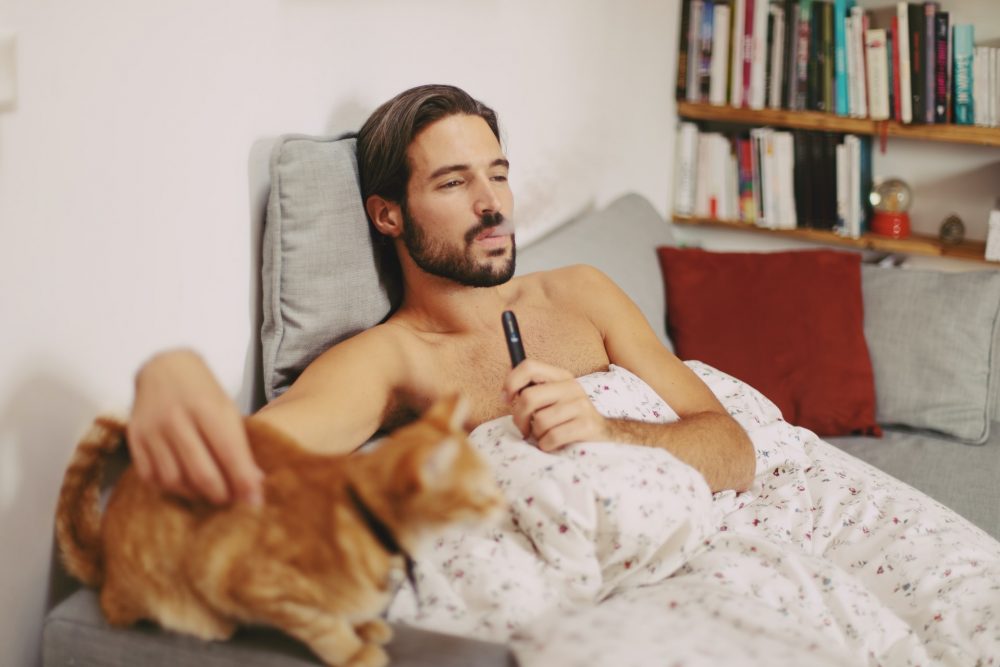 The cannabis industry has grown massively in recent years as recreational and medical legalization bills continue to be rubber stamped across the United States, not to mention the globe. With widespread legalization comes an increasing number of unique products. Today, consumers can explore cannabis tinctures, gummies, edibles, flower and concentrates which you can find at Buy Weed Packs.

Few products have revolutionized how we interact with cannabis like vaporizers. So, how does one vape cannabis? This can be achieved in two ways, either through vaping flower or concentrates. Flower is rather self-explanatory – it is the tried-and-true cannabis material used since time immemorial. In comparison, concentrates are much newer to the scene and require a complicated process in order to be created.

Now that we have established the two-primary cannabis-based materials that are used with a weed vaporizer, it is worth breaking down the implicit differences between smoking and vaping. At the end of this article, we will discuss health benefits and risks associated with vaping cannabis.

For thousands of years people have smoked cannabis flower. It is by the far the simplest and most straight forward way of consuming cannabis. That said, smoking involves combustion, i.e., direct heat. While the long-term health effects of smoking cannabis are still under evaluation, it is a well-known fact that smoking cannabis and tobacco leads to the inhalation of dangerous carcinogens which can cause adverse health effects, according to the American Lung Association.

Cannabis offers a workaround that traditional tobacco does not, however. It can be vaped in its raw flower form or as a concentrate. Today, customers can choose from a limitless number of vaporizers capable of handling flower, but without the same concentration of tar and other unwanted secondary additives. How is this achieved you may be wondering.

The biggest difference between smoking and vaping is combustion, as we have previously mentioned. Unlike smoking, vaping utilizes much lower levels of heat at a consistent rate, which leads to a likely-cleaner and smoother experience overall.  In other words, users are vaporizing cannabis rather than burning it. This applies to both concentrates and flower. There are vaporizers on the market today that utilize convection heating in order to apply sustained indirect heat to cannabis flower, which then vaporizes with extraordinarily little biproduct leftover.

Vaping cannabis offers users unparalled flexibility, complete control and a likely-healthier alternative when compared to traditional smoking. If you are a flower enthusiast, then you are in luck as the number of vaporizers capable of handling raw flower are numerous. Furthermore, vaporizers with convection heating allow you to control critical elements like temperature, which is something one cannot do with traditional smoking.

It is even EASIER to vape concentrates when compared to flower. For one, the number of vaporizers capable of handling concentrate cartridges is practically endless. Concentrate users can enjoy every element of their concentrates with something as simple as $10 vaping pen and a compatible 510-thread cartridge.

In general, vaping has exploded in popularity amongst users. A 2015 study reveals that 61% of participants have used a vaporizer with cannabis previously. 30% had vaped within the last 30 days and another 20% are said to have vaped consistently within the last 100 days. While only 12% of respondents said they prefer vaping as their method, the numbers still indicate that large numbers of people have started to gravitate to vaping because of its cleanliness and convenience.

It is impossible to say at this time whether vaping cannabis is definitely better than smoking cannabis when looking at long term health.

As we have previously alluded in the pros section of this article, there is a lack of cohesive medical evidence to suggest vaping is altogether safer than smoking. That said, there have been promising developments in medical literature.

In 2019 there was a massive scare that vaping could lead to widespread lung damage, a condition known as E-cigarette or Vaping Associated Lung Injury (EVALI). By February 2020, the CDC claimed there have been 2,800 EVALI hospitalizations. Medical researchers have tied EVALI to vitamin E acetate, a type of thickening agent used in THC and e-liquid vaping cartridges.

That said, it has been found that products containing vitamin E acetate are often homemade and outside of the purview of regulatory authorities. Since Sep. 2019, the number of EVALI cases has decreased, pointing to an issue only existent with certain products. This does not mean that vaping cannabis is deemed to be healthy, however.

As of today, the amount of medical literature on the dangers of vaping cannabis is extraordinarily limited. This is worth mentioning for two reasons. For one, beginning users should keep the lack of cohesive medical research on vaping in mind when thinking about transitioning to vaping cannabis. Second, there is a possibility that vaping could be deemed dangerous following further studies. Until that point, it is nothing short of a Hail Mary.

In this article we have discusses the health benefits of vaping cannabis flower and concentrates. While there is an argument for the convenience, customizability and cleanliness of vaping, the verdict as to whether vaping is healthy remains to be seen.

This does not mean one should not try vaping, quite the contrary. Vaping is proving to be an increasingly popular method of consuming cannabis and is definitely worth the consideration. It is true medical data on the matter is lacking. But preliminary results have shown there is not any more of a risk to vaping than smoking.

So, why not give vaping cannabis a shot? After all, it could make one’s experience that much better.