What Pearls Symbolize in Relationships

Posted May 15, 2020 by Alexandra Jacobs in Fashion 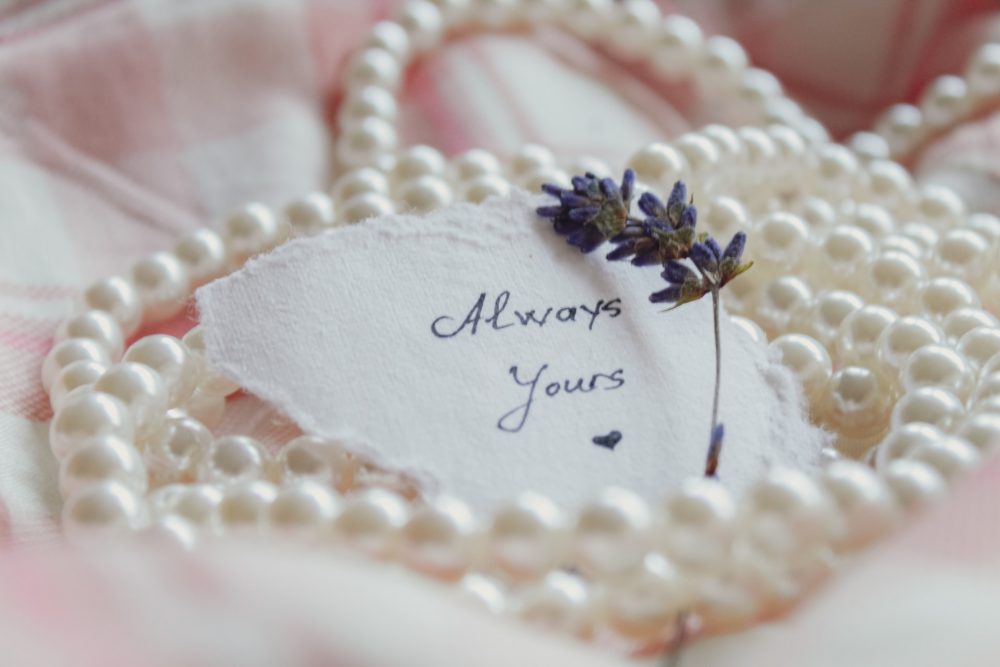 Pearls have been prized for their beauty for centuries. They are a beautiful, delicate addition to the gem family without the flashiness of other gems. This is why pearls are often thought of as more regal and classy than many other gems.

Though pearls are gems they are not stones as the other gems are. Pearls are not a rock that appears in nature. Rather, they grow inside mollusks both in the ocean and freshwater. The prized, perfectly round pearls are saltwater pearls grown inside oysters.

It is important before you gift something as meaningful and expensive as a gem that you know what they mean. Pearls specifically have a very long history and many meanings tied to them that might make them the perfect gift for your significant other.

Here are some of the things pearls symbolize in relationships: 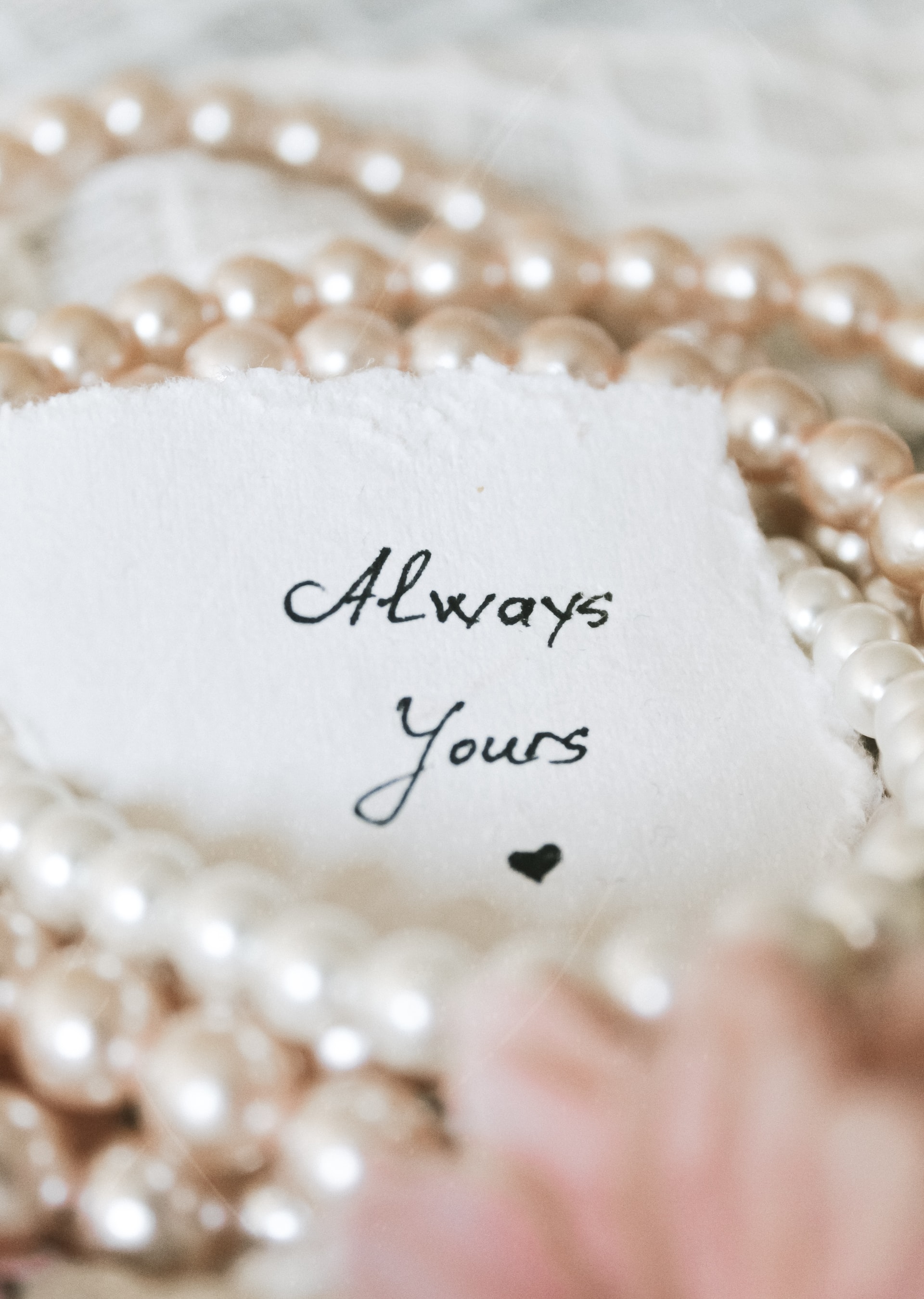 Pearls have shown up in religious stories for thousands of years. One of the first times a pearl appears as a romantic symbol is during the Hindu story of Krishna. He pulled a beautiful pearl from the bottom of the ocean to give to his daughter on her wedding day.

In Hindu mythology pearls usually represent love, purity, and a blessed union. Those symbols seem to carry through many cultures and religious tales. Ancient greeks seemed to agree that pearls were something to be given on wedding days as they were said to keep brides from crying on their special day.

Ancient Chinese people believed that pearls were a symbol of great wisdom. The belief carried through many different cultures until pearls meant wisdom throughout the world. This is a great compliment to give to the person you love.

There are many gems that show love and adoration. Pearls are not the exception as they stand for a rare, pure love but pearls are special in that they also praise the wisdom of your partner. A gift that has represented wisdom for thousands of years shows that you prize your partners’ intelligence and contributions just as much as you love them.

Many people consider pearls a gift that shows romantic love and devotion, which it is. The pearl is also a way of showing that you notice the intelligence of your partner. This is a gem that is many compliments wrapped in one with plenty of ancient symbolism to back up the meanings.

3. The Queen of Gems

There has been an idea in the last few years that pearls are old fashioned or too classic. This idea comes from the number of people who have seen their grandmothers or women in black and white movies wearing a gorgeous string of pearls. Luckily, history is there to remind us that pearls are not a gem that is capable of going out of style.

The Romans believed that pearls represented wealth and status so much that Ceaser himself dictated that no one below a certain class was even allowed to own a pearl. The Egyptians were often buried with their pearls so they could take their beautiful gems and symbols of wealth into the after-life.

Solidifying its name of the queen of gems, Cleopatra is said to once have dissolved two beautiful pearl earrings in wine and then drank them. She did this to win a bet against Marc Antony who said she could not throw the most expensive party in the world. Drinking two pearls that she prized won her the bet and showed that the pearl was a gem of queens.

Pearls are sometimes thought of as old fashioned but a better word would be classic. Pearls are not capable of going out of fashion. They are one of the most beautiful gems in the world and they mean too much to many different religions and people for them to ever fade.

These stunning gems are also a symbol of lasting love which will never stop being beautiful. A gift of a pearl is a gift stating your never-ending love for your partner. That is a big statement to make with an incredibly beautiful gem from the sea.

The classic beauty of a pearl can be a bit intimidating for a person who has not worn a pearl before. However, it is hard not to fall in love with pearls once you wear them even once. The undying beauty of pearls and the meaning behind them is enough to make pearls the most classic and classy of the gems.

Pearls are perhaps the most unique of the gems. They are made in a completely different way than any other gem which makes them the only gem that is not a stone. This unique quality that pearls have is the perfect gift to show your partner how unique they are and how different your love is.

Pearls are made in deep water by mollusks. They form as a way to prevent the mollusk from being hurt by a foreign object. Pearls form layer by layer around the foreign object and create a pearl over time which grows the longer it is inside the mollusk.

Sea mollusks create the prized perfectly round pearls that you find in most jewelry stores. If you are looking for something even more unique than you can look at the pearls that come from freshwater mollusks and are often misshapen and incredibly beautiful. No matter what kind of pearl you buy you can be sure it will be exactly the right pearl for your unique partner.

Pearls are an ancient symbol of both love and wisdom. Many cultures consider pearls the most beautiful and expensive gift that can be given. Pearls are a beautiful way to show your everlasting love to a partner who wants something more classic and unique than a diamond.