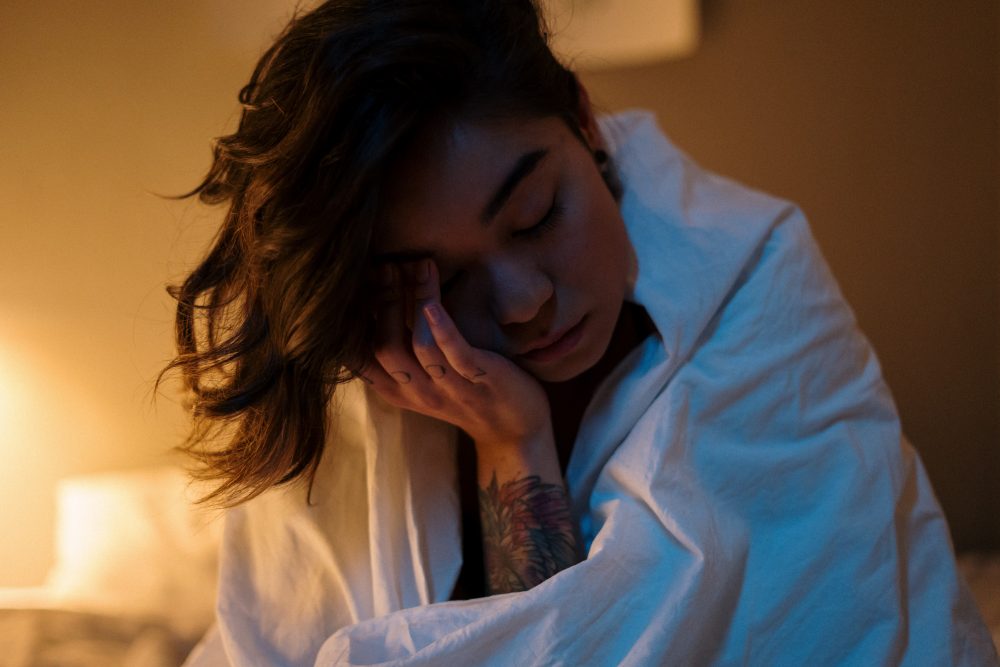 A study done in the UK by the British Nutrition Foundation in 2019 showed that over 37 million adults, which roughly translates to 71% of Brits in the country, do not get enough sleep. And one in seven UK adults survives on extremely low levels of sleep.

This article will outline the four most common sleeping disorders and their symptoms.

Insomnia is a common sleep disorder characterised by difficulty falling asleep and staying asleep throughout the night. The symptoms of insomnia are classic symptoms of sleeplessness, and this explains why many people wrongly diagnose themselves with insomnia if they have trouble falling asleep. The severity of insomnia differs from short-term to acute insomnia. Short-term insomnia is usually caused by temporary changes to the sleep schedule of individuals, and most people would experience this type of insomnia at least once in their lives. Acute or severe insomnia lasts more than six months and requires a medical treatment plan.

The symptoms of insomnia are:

The treatment for insomnia is therapy, drugs or both. But the best way to battle insomnia is a lifestyle change and using tools that help you enjoy restful sleep, like sleep aid sounds app.

Sleep apnea is a sleep disorder where the breathing stops and starts intermittently. It is usually present in people who snore loudly, and one of the symptoms is sleeping a lot during the day. People with sleep apnea find their sleep disrupted throughout the night and wake up tired and exhausted by morning.

There are two types of sleep apnea:

Sleep apnea is a potentially critical sleep disorder that can lead to death if not diagnosed and treated promptly. Symptoms of sleep apnea include:

The treatment for sleep apnea varies based on type. Wearing a mouth guard to keep the jaw and nose in a fixed position during sleep is one of the treatments. Doctors also prescribe positive pressure airway (PAP) therapy for sleep apnea patients.

Narcolepsy is a sleep regulation disorder caused by the brain’s inability to control wakefulness and sleep. People with narcolepsy experience rapid eye movement (REM) sleep faster than ordinary people because of neurological changes. These changes also cause excessive daytime sleepiness, a primary symptom of narcolepsy. There are two types of narcolepsy – Narcolepsy Types 1 and 2.

The symptoms of narcolepsy include the following:

Unlike insomnia and sleep apnea, there is no cure for narcolepsy. Instead, the treatment plan for patients revolves around helping them build good habits that make the symptoms more manageable. Support group therapy and medication also help to manage the symptoms of narcolepsy. You can also use the best meditation apps to calm yourself before bed.

Restless leg syndrome (RLS) is a sleep disorder caused by excessive movement of the legs due to sensations in the legs. People with RLS develop symptoms similar to insomnia because they cannot sleep at night. The sensations make them squirm, massage or kick their legs when they sleep. Sometimes, they cannot sleep at all, hence the fatigue and extreme sleepiness in the daytime.

The symptoms of RLS are primarily associated with movement in the arms and legs. Patients describe the feeling as twitchy and uncomfortable. RLS is triggered by staying in a resting position and worsens in the evenings and at night.

There are no treatments for RLS; however, there are therapies and medications to reduce the severity of symptoms.

*Note that this article is not a diagnostic tool. See a medical doctor for a diagnosis if you relate strongly to any of these symptoms.