9 Must-Read Books That Have Been Adapted Into Movies 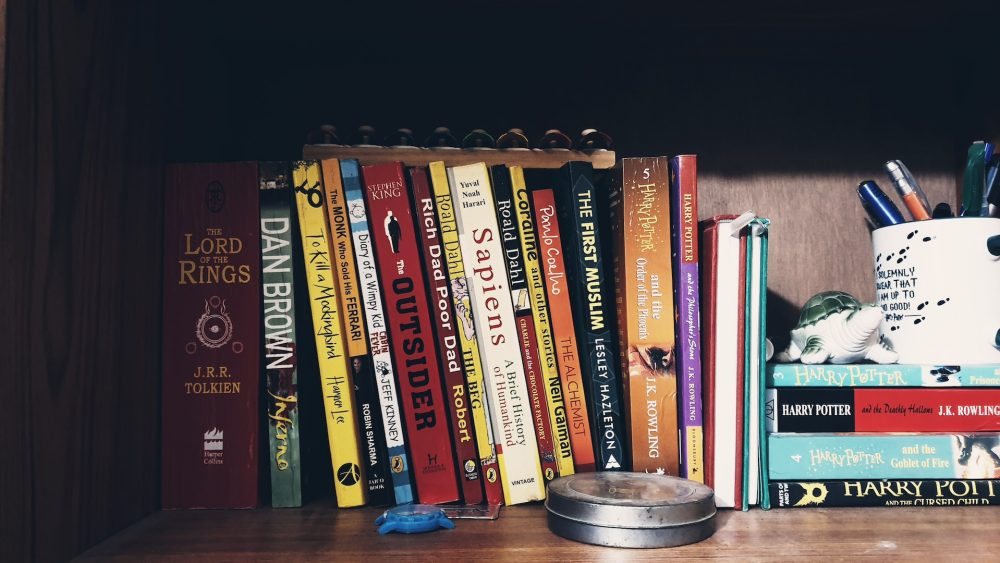 Are you an aspiring film professional? If so, it’s only natural to wonder about the medium’s origins.

Notably, many of today’s adapted novels first gained prominence as printed stories. In fact, the idea of “book” and “book adaptation” are often used interchangeably by casual observers.

For those interested in diving into this topic, it’s worthwhile to explore how books are transformed into movies.

Let’s explore everything you need to know about books as movies.

1. To Kill a Mockingbird

To Kill a Mockingbird, by Harper Lee, is one of the must-read books that has been adapted into movies. The novel is set in rural Maycomb, Alabama, during the Great Depression and tells the story of a small town.

It follows the lives of six-year-old Scout and her brother Jem, who are the two main characters. The novel focuses on a story of courage and justice in which a white man, Atticus Finch, comes to the defense of an African American accused of a crime.

The novel’s theme of injustice against African Americans continues to be relevant today, making it a timeless classic. Its movie adaptation, starring Gregory Peck, is equally famous for its brilliant performances and its poignant message about justice.

A novel written by F. Scott Fitzgerald that has been adapted into several movies. The novel follows the story of Jay Gatsby, a wealthy young gentleman who is obsessed with Daisy Buchanan, a married woman from old money.

This tragic love story follows Jay’s desperate attempts to win Daisy’s heart and the issues of wealth, power, and morality that come along with it. The novel provides insightful commentary about the lives of the newly rich and their aspirations.

It’s an amazing story of love, hope, and heartbreak that has won countless awards and is considered to be one of the great works of American literature.

3. The Adventures of Huckleberry Finn

This is a classic novel by Mark Twain that is often mentioned as one of the great “must-read” books. It tells the story of a young boy, Huck, who goes on a journey down the Mississippi River with his friend, the escaped slave Jim.

Along the way, the two encounter a variety of people, events, and situations that help them understand the world and their place in it. The novel has been adapted into multiple movies and television series over the years.

It can also inspire viewers to go out and read the original novel. The Adventures of Huckleberry Finn is an essential work of American literature, and its movie adaptations make it a must-see for any fan of the genre.

4. The Lord of the Rings

The Lord of the Rings is an iconic novel that has been read by millions of people around the world. This classic tale has been adapted into movies that are equally popular and iconic.

The trilogy of movies released between 2001 and 2003 brings J.R.R. Tolkien’s vision to life with stunning visuals, unique creatures, unparalleled acting, and captivating storytelling.

As is true with the book, the movies have become huge cultural phenomenons and provided memorable moments to both fans old and new. Whether you have read the books or not, The Lord of the Rings movies will provide a magical and unforgettable experience that will last for years to come.

Dune is widely regarded as one of the best science fiction books ever written. Written by Frank Herbert in 1965, it has inspired generations of readers with its complex narrative and philosophical themes.

The novel tells the story of Paul Atreides and his journey to gain control of the desert planet Arrakis. Along the way, he receives help from various unexpected allies and faces adversaries of both the human and nonhuman varieties.

The story’s climax occurs when Paul and the Fremen defeat the Harkonnen and Sardaukar troops, and Alia kills the Baron of House Harkonnen. Dune is a must-read for any science fiction fan, and its movie adaptations are just as captivating.

From the powerful performances of Kyle MacLachlan as Paul Atreides to the iconic soundtrack of the 1984 version, Dune is truly an inspiring experience for any reader.

6. The Chronicles of Narnia

It is a fantasy series that follows the adventures of children in the fictional world of Narnia. It has enchanted readers since its publication in 1950 and continues to do so.

The series is full of mythical creatures, wizardry, and sorcery, and seems to have endless possibilities for the characters that inhabit it. Its themes of friendship, loyalty, faith, and courage make it a classic in the literary world.

7. The Fault in Our Stars

The Fault in Our Stars by John Green follows the story of two teenage cancer patients, Hazel Grace and Augustus Waters, as they fall in love and experience life together.

This beautiful and passionate story quickly became a best-seller and was later adapted into a popular movie, starring Shailene Woodley and Ansel Elgort.

Fans of the novel and movie alike appreciate the real and raw emotions that they explore, making it one of the most iconic books and movies of our times.

The Harry Potter series was a true masterpiece of modern children’s literature, captivating the imaginations of generations of readers and leading to the creation of one of the most successful film series of all time.

The eight films based on the books are some of the highest-grossing films of all time, with a combined total gross of nearly $7.7 billion.

Adaptations of the books have won numerous prestigious awards, including BAFTAs, National Movie Awards, and British Book Awards, among many others. They are beloved by fans of both literature and film and have achieved a near-universal level of recognition.

The Hunger Games is one of the most iconic books that have been adapted into movies. It was first published in 2008 and was an instant success. Set in a post-apocalyptic society, the story follows the young heroine Katniss Everdeen as she battles for survival in the annual Hunger Games.

It brings together the themes of dystopian societies, injustice, corporate power, and the power of will and determination. The movie adaptation, released in 2012, was critically acclaimed, garnering critical praise and success at the box office.

Reading the books that were later adapted into movies can be a great way to experience them in a different way.

Not only does it provide a deeper background to the film, but it also offers readers a unique perspective. For literary lovers, these books are a must-read! So why wait? Start your reading journey today.